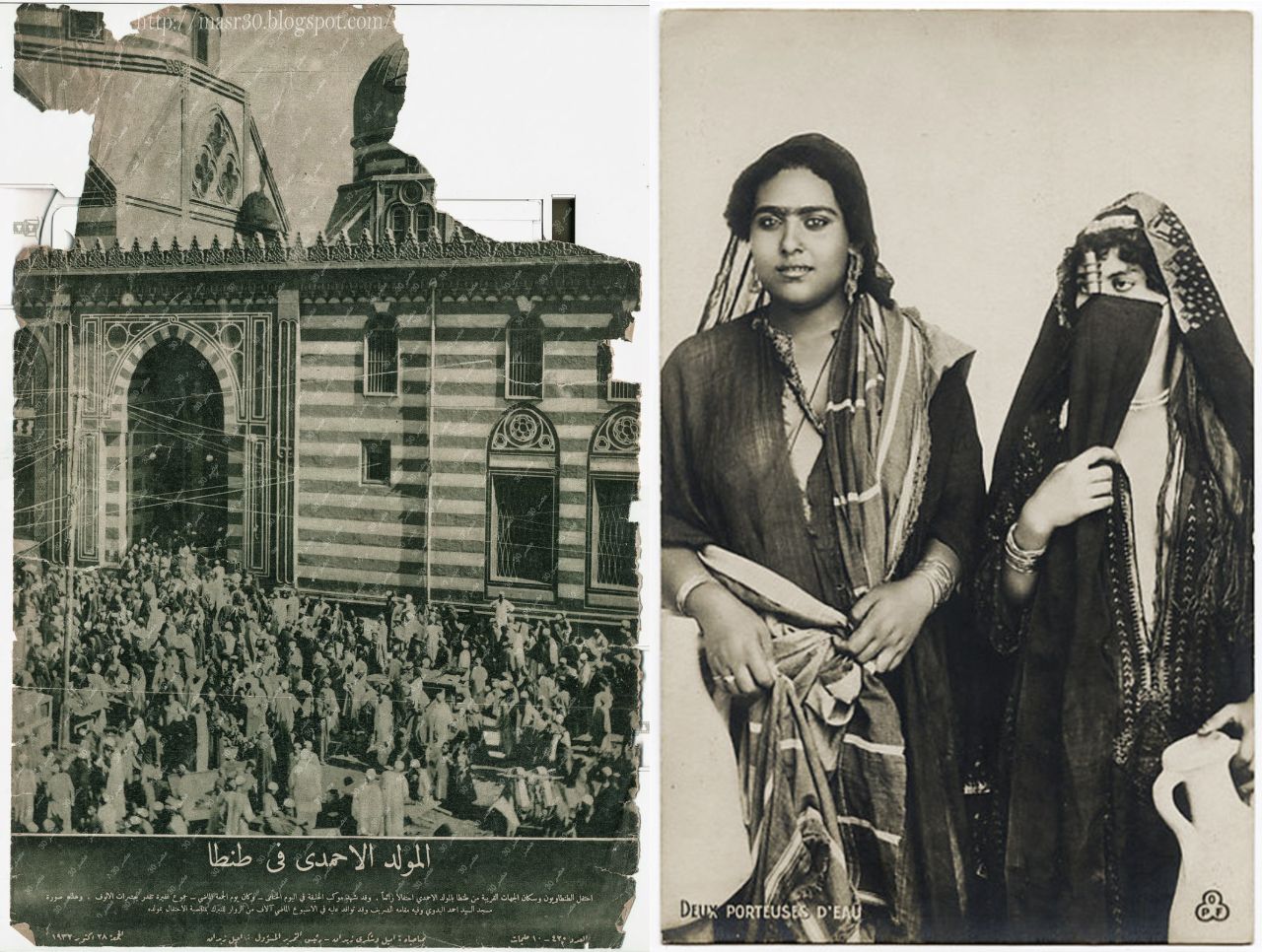 “After a long residence in Egypt and intimate association with all classes of the people, from the dwellers in palaces to those who inhabit mud huts or wander over the desert, my conviction is strong that—whether Copt, Christian, or Mahometan—the people of Egypt largely derive their religious beliefs and their customs from the superstitions of the ancient Egyptians,” says William Loring in his A CONFEDERATE SOLDIER IN EGYPT. Although not widely known by the everyday Egyptian, this is something acknowledged by most Egyptian Egyptologists.

One of Loring's most interesting observations is his witness to Moulid El-Sayyed El Badawi in Tanta sometime in the late 19th century, a twice-a-year affair (not entirely sure why) wherein the birth of a Muslim “saint” is celebrated (twice a year though?) where he is buried. Every town in Egypt celebrates one or more such “saint”, attributed to “Sufism” practices (otherwise described as “Islamic Mysticism”) which tends to be viewed as rather heretic by more orthodox Islam (wherein only God and the Prophet are to be venerated, and even then only in the abstract). Things like elaborate tombs and shrines are seen to be a carry over from the ancient practices of the polytheism of old. Festivities entail a full week of religious song, dance, poetry, storytelling, and drugs. Essentially, an older, more culturally ingrained religious Burning Man of sorts. In ancient times, each town in Egypt was typically associated with a particular deity, and it is thought that not so dissimilar celebrations took place back then as well, probably around the same times of year, but in reverence of the deities of old instead of these newer figures associated with their current belief system. Personally, I've never attended any of these. Organized religion and I don't do well together. What it says about history and culture though I find quite interesting. I have a few self-identifying Sufi friends who have described some of these wild festivities to me, but nothing I've heard of in contemporary times comes close to what Loring describes to have witnessed in the late 19th Century Tanta:

“Not only Egypt, but all Africa, Eastern Europe, and Asia send religious votaries and merchants with silks, satins, embroideries, and every kind of merchandise to tempt the Eastern buyer. Amid the throngs who come with merchandise come also those who bring daintier wares in human form—beautiful houris, virgins sent forth by their Circassian or Georgian mothers to find an asylum in the land of the Nile. These maidens have been carefully nurtured to be made marketable, and are happy if they succeed in becoming the property —wife or slave, as the case may be—of some rich Bey or Pacha. It is still the custom—though now slightly veiled —to fix a price upon these young women, the sum varying with the beauty of the merchandise. The girl whose marriage in this market is pecuniarily successful is happy in the thought that she has done well for herself and her parents, and her success induces her young kinswomen to follow her from their bleak homes in the Caucasus to the sunnier climate of Egypt. Her sisters look forward to marrying in the same way, while her brothers are, by her favor, educated in the military schools for employment in the army or the civil service. She thus provides for the future of her kinsmen by her marriage, often raising the sons of an obscure family to positions of profit and honor. Tanta has of late years become a considerable mart for European commerce. The remarkable growth of cotton and sugar culture in the rich valleys around the city has greatly increased the value of the land and the attractiveness of the region.

“The Syrian, Turk, Ethiopian, Algerian, Tunisian, European, Greek, Persian, American, and Jew, with many other strange people, pass in review, the head-dress being the distinguishing mark of faith and nationality. Men of all races make up this varied and extraordinary scene. Tired of wandering through this sea of humanity, and suffocated with the myriads of smells, one gladly leaves these material things to seek an asylum near the shrine of the renowned saint, who brings so many thousands of other saints and sinners to do honor to his tomb, many of whom seek the aid of his miraculous power.”

“Tanta during the fair is a scene of joyous mirth, and the women—usually caged birds, but now let loose—enter gayly into the festivities. In thorough disguise, they are lost to sight in the vast multitude. At the end of eight days, the time allotted for prayer and for the intercession of the saint, they return home in the full belief that their devotions have been blessed. I am sorry to write that the picturesque scene is too often marred by the licentiousness so common among Orientals, and Tanta yearly witnesses orgies only comparable with those of the ancient city of Busiris, which was situated a few miles distant in this valley. It was there the fête of Isis was celebrated by all Egypt, and truth makes it necessary to say that the modern city, in following the traditions of centuries, rivals her ancient sister in those scenes which made the modest Father of History blush when writing the amazing story of the worship of that famous goddess.”

There are descriptions of loosely veiled women who separate from their husbands to indulge in these week long festivities only to be united with them when it's all over, which brings to mind echoes of the masquerade carnivals of 16th century Venice, themselves carrying echoes of the ancient festivities of Dionysia and Bacchanal.

One of the “powers” associated with this Islamic mystic saint who, born in Fez (Morocco) some 2500 miles from his resting place in Egypt's Tanta is—like the ancient goddess Isis, and Greece's Dionysus as well as Rome's Bacchus—the power of fertility.

(Above left picture is Tanta circa 1932, sourced from Masr30.blogspot.com, above right shows two Egyptian “peasants” sometime in the early 1900s, sourced from Grand-bazaar.tumblr.com)