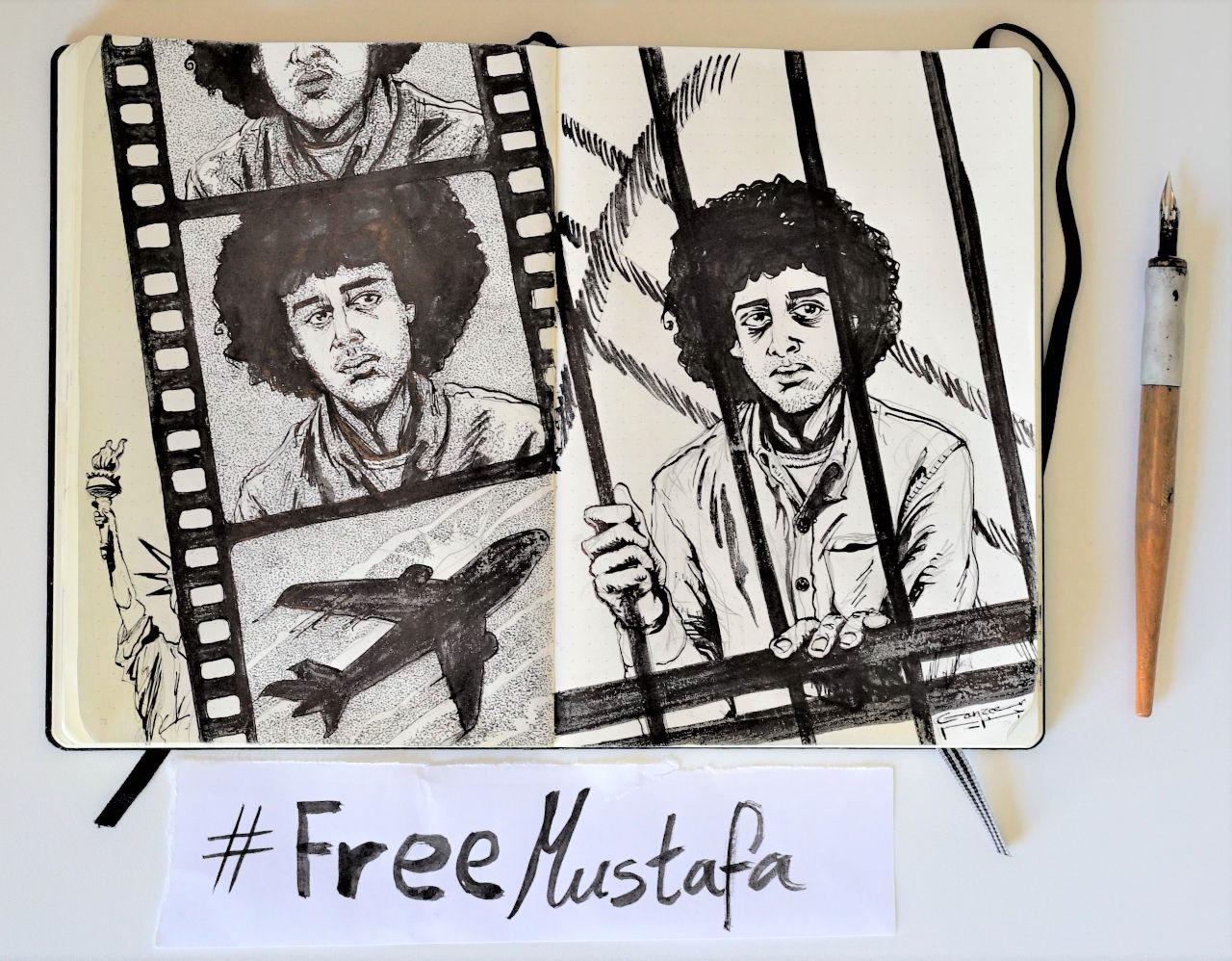 I met Mustafa in passing, on January 25 of this year in New York City. A student of cinema studies at the College of Staten Island, Mustafa struck me as a passionate, bright, and incredibly creative young man. On May 14th, he boarded a flight to Cairo to visit family he hadn't seen in a long time, but upon his arrival at Cairo International Airport, he was taken aside and questioned, likely about an opinion or two he might've expressed online in regards to the Egyptian regime (helmed by Trump's “favorite dictator” Abdel Fattah Al Sisi). He has since been in custody.

It is my understanding that in the three months since Mustafa's detainment, Egyptian National Security has been building a case against him, something they like to do with pretty much anyone who has... well, an opinion.

Earlier this year, another young filmmaker by the name of Shady Habash withered away and died in Egyptian prison. He was only 25 and had already accomplished so, so much. It would crush me to see Mustafa, aged 22, see the same fate.

Three months in custody just for deciding to pay your folks a visit is already a terribly long time. I'm betting Mustafa has legal counsel and people working to get him out, but I imagine he must be getting exceedingly desperate at this point. Why else would he use what limited access he has to the outside world to address me, some dude several thousand miles away in Texas with nothing at his disposal other than pencils, ink, and a bunch of paper?