Imagine zines —put together crude and fast by 19-28 year olds— given the kind of mass market distribution that only a giant like Condé Nast has access to. The more I read “Golden Age” comicbooks or read about them, the more evident it seems that that is exactly what they were, and it is exactly that that made them so successful.

Many “historians” simplify the birth of comicbooks by painting it as a natural evolution from comic-strips, neglecting the fact that the explosion of comicbooks differed from comic-strips not only in their length, or that they were entire publications dedicated to comics, but that they were incredibly crude, vulgar (even if intended for a younger audience), absurdly imaginative, and created for the most part by very young amateurs.

Chester Gould was 31 years old when he invented DICK TRACY for the newspaper strips. Hal Foster 45 when he started PRINCE VALIANT. Winsor McCay 36 when he launched LITTLE NEMO IN SLUMBERLAND. In contrast: When SUPERMAN hit the stands in ACTION COMICS #1? Siegel and Shuster were both 24 (but claimed to have invented Superman 3-6 years earlier). When BATMAN first appeared in DETECTIVE COMICS #27, Bob Kane was also 24, and his uncredited collaborated Bill Finger was 23. And over the course of their careers, both teams employed hordes of young eager teens, who not only executed the comics but drove many of the ideas within as well.

The comicbook gold rush that followed resulted in hundreds of publications produced by young energetic dudes relishing in outrageous ideas; Bill Everette was 22 when he came up with THE SUBMARINER. Don Rico and Jack Cole were 28 and 26 respectively when they invented DAREDEVIL for Silver Streak Comics (not the same as Marvel Comics' later character of the same name).

Unlike the comicstrips in the papers, these publications had little to no editorial oversight, and the artists behind them had little to no experience making the stuff. The publishers didn't even have editors at the time. What they did have was a salesman, accountant, and printer; resources they utilized to publish softcore porn and get it to as many newsstands, candy shops, and cigar stores as humanly possible. To be fair, they also produced fiction in the form of pulp magazines, but these weren't the mission-driven ones of Hugo Gernsack's early AMAZING STORIES. They were sensationalist drivel, their attraction revolving around shock, horror, and sexual suggestion. When they finally did decide to take on editors for the comics, the job predominantly entailed hunting down material to include in an ever expanding comics magazine empire. They weren't involved in pairing talent as is the case today, nor were they involved in the stories (for a time anyway). It was left up to the cartoonists to put together their own production teams, known at the time as packaging studios (a fancy term for a bunch of friends huddled in a room making fast comix). In short, hardly anyone involved knew anything about comix, most especially the publishers. What they did have was printing knowhow and a vast distribution network which they employed in the service of this new weird comicbook thing.

My point though is that there is powerful value in the uninhibited crude untrained imaginative output of the young. It may not contain anything near the level of craft of the established 30 or 40-something professionals, but it comes with a degree of unbound inventiveness that makes it incredibly awesome. Another thing Golden Age comicbook makers all had in common; the vast majority of them were the sons of Jewish immigrants.

Give a bunch of young immigrants (or the children of immigrants) a platform with mass reach, and watch the culture take huge unprecedented leaps.

Had I half a billion bucks in the bank, that's exactly what I'd do; publish zines by immigrants and their offspring with absolutely no editorial oversight and flood the market with those bad boys and watch society transform. 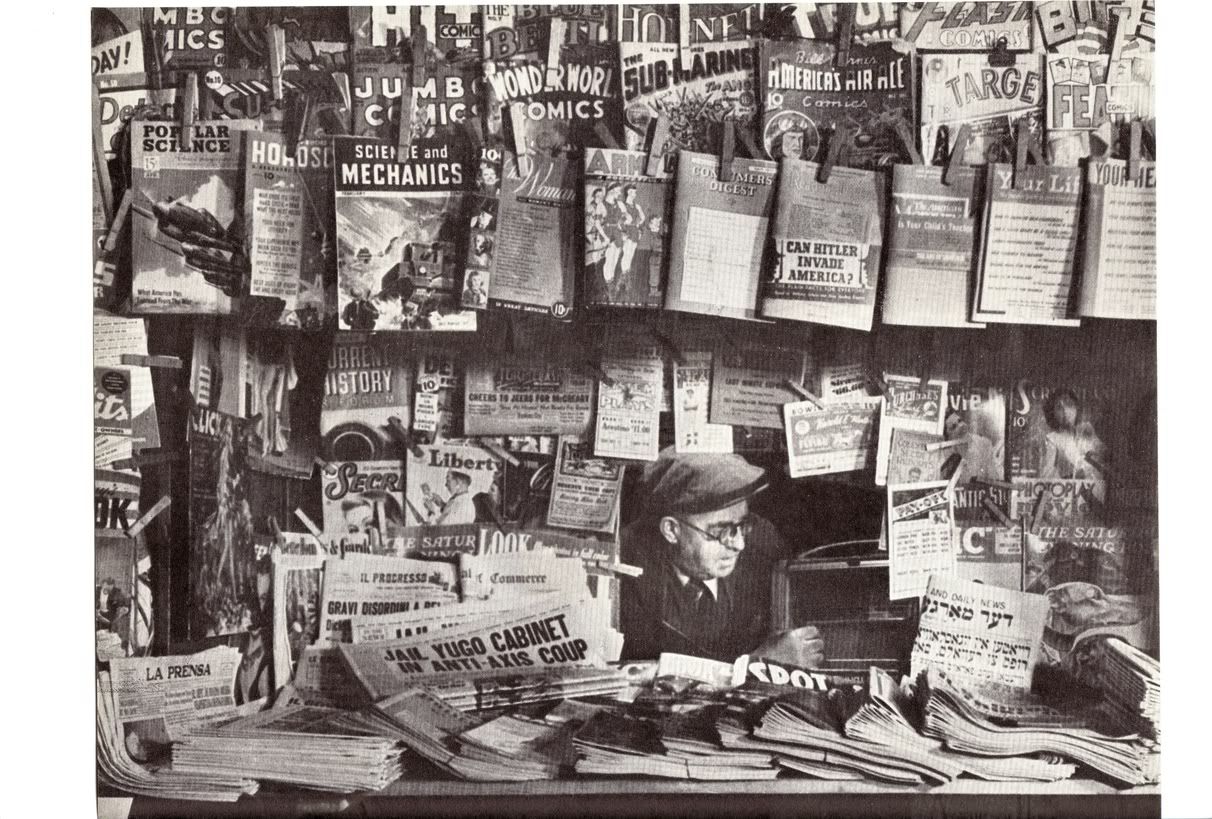