Comix Engine 8 (Or, Why I use the term Comix)

In my youth, I used to frequent Cairo's annual book fair, part of which included an exhaustively large open air used-book market called Azbakeya (named after the original location where many of these vendors sell year round). 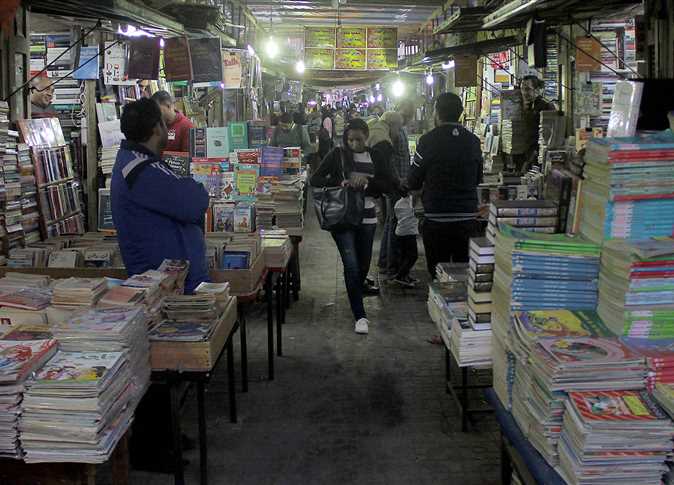 The fair gets around 2 million visitors, and one of the biggest attractors is Azbakeya because it's where you can get a lot of books (and magazines and other printed ephemera) for very little money, be it local printed matter or international. It's where I scored many an English-language paperback, vintage Egyptian film posters, obscure publications dating back to the 1920s, slick European design magazines, and also... comix.

But because it's a labyrinth of hundreds of booksellers with hundreds of thousands of people going through their largely unorganized wares at any given minute, you can imagine that going through the stuff to find what you want is, uh, challenging. Knowing that results in a lot of the sellers resorting to shouting, announcing what it is they're selling to the swarms of eager bibliophiles who can hardly see anything because of all the crowding. And this goes on nonstop throughout the day without pause or rest. Of course, with hundreds of sellers shouting over one another, its still hard to hear anything, but somewhere in the frenzied noise of book types and special deals I would be able to make out the singular howl of someone shouting “comix begneih, comix begneih!” (comix for a pound), my annual beacon of joy.

I loved that he used the term “comix” and not the proper Arabic terminology “kesas mosawara” (pictured stories). And in conversing with him, he would say “comix” whether its in reference to multiple comicbooks or a single one (“This comix is brand new.”). In his usage, comix isn't a plural of another word (comic), its entirely its own word that specifically applies to this medium of pictured stories. It's almost as if comix were a material, like wood or metal. It doesn't matter if it's a lot of metal or a little bit of metal, it's all still metal.