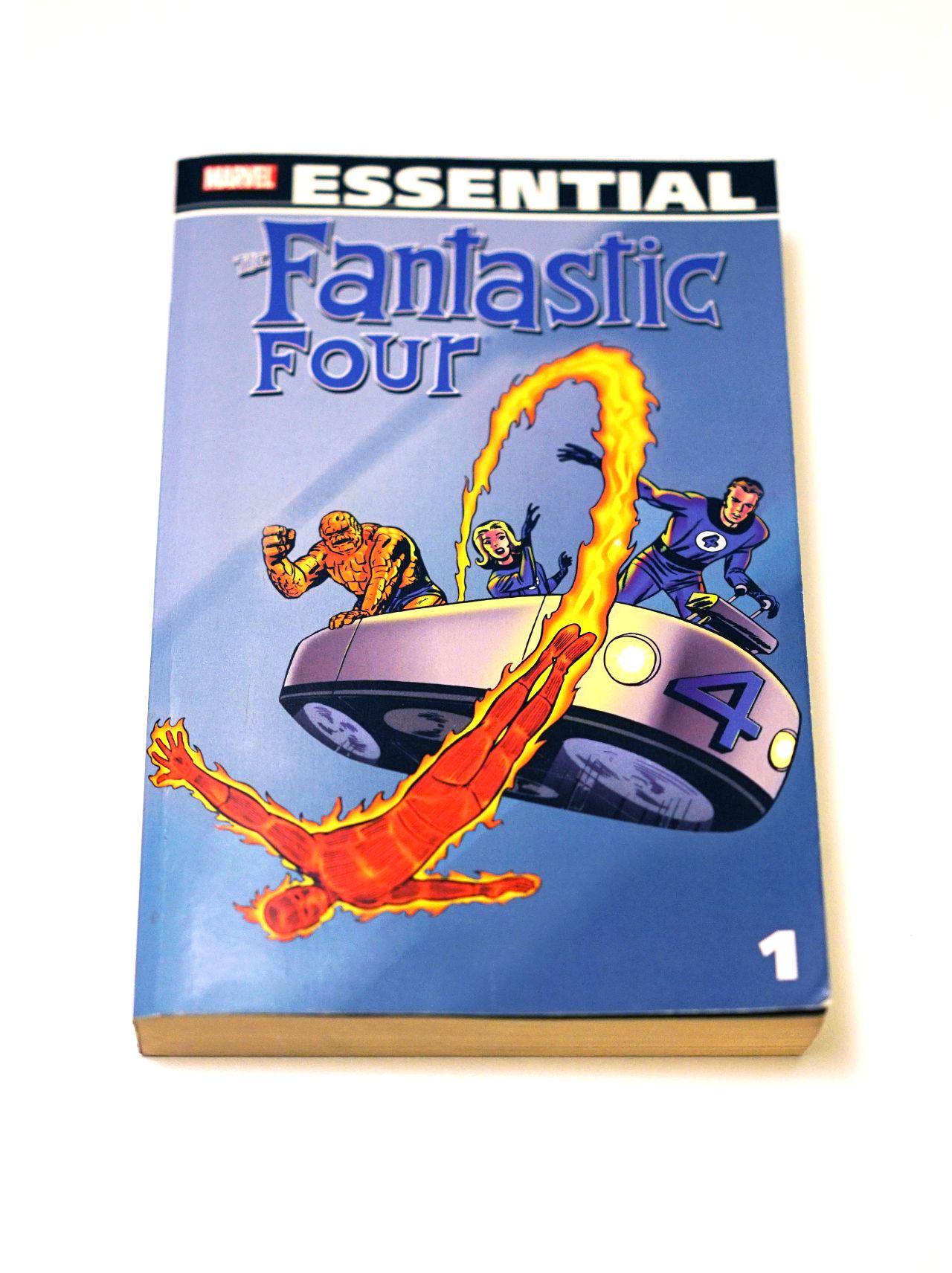 I've never cared much for the Fantastic Four. But you have to understand; my formative comix-reading years were the 90's. I started off by reading my older brother's comix, which was mostly stuff from 80's, and before I could totally comprehend much of the dialogue, it was mostly the pictures I was reading. And y'know, compared to 80's X-Men or Ghost Rider or Firestorm... the Fantastic Four just looked a little... meek.

I'm a big believer in seeking out the influences of your influencers though, and both Alan Moore and Warren Ellis have—on more than one occasion—raved about the effect early Fantastic Four had on them (and on the medium as a whole really). So, upon coming across a discounted copy of ESSENTIAL FANTASTIC FOUR, VOL. 1, I snatched it up and read the entire thing during my recent time off in Mexico. And friends, let me tell you... them eccentric Englishmen did not lie.

I could not for the life of me put the book down, and just devoured one adventure after the other. It's obviously goofy as hell, but also... wild? I mean, some of the ideas in there are still just crazy imaginative even by today's standards. The complete lack of inhibition is awfully infectious! There's a scene where Doctor Doom pulls the Four's tower out into space using a magnetic apparatus! And later you have the Submariner hopping between speeding asteroids to make it to Doom's spaceshuttle! Let me say that again: The Submariner (deep sea prince) hopping on asteroids in space! 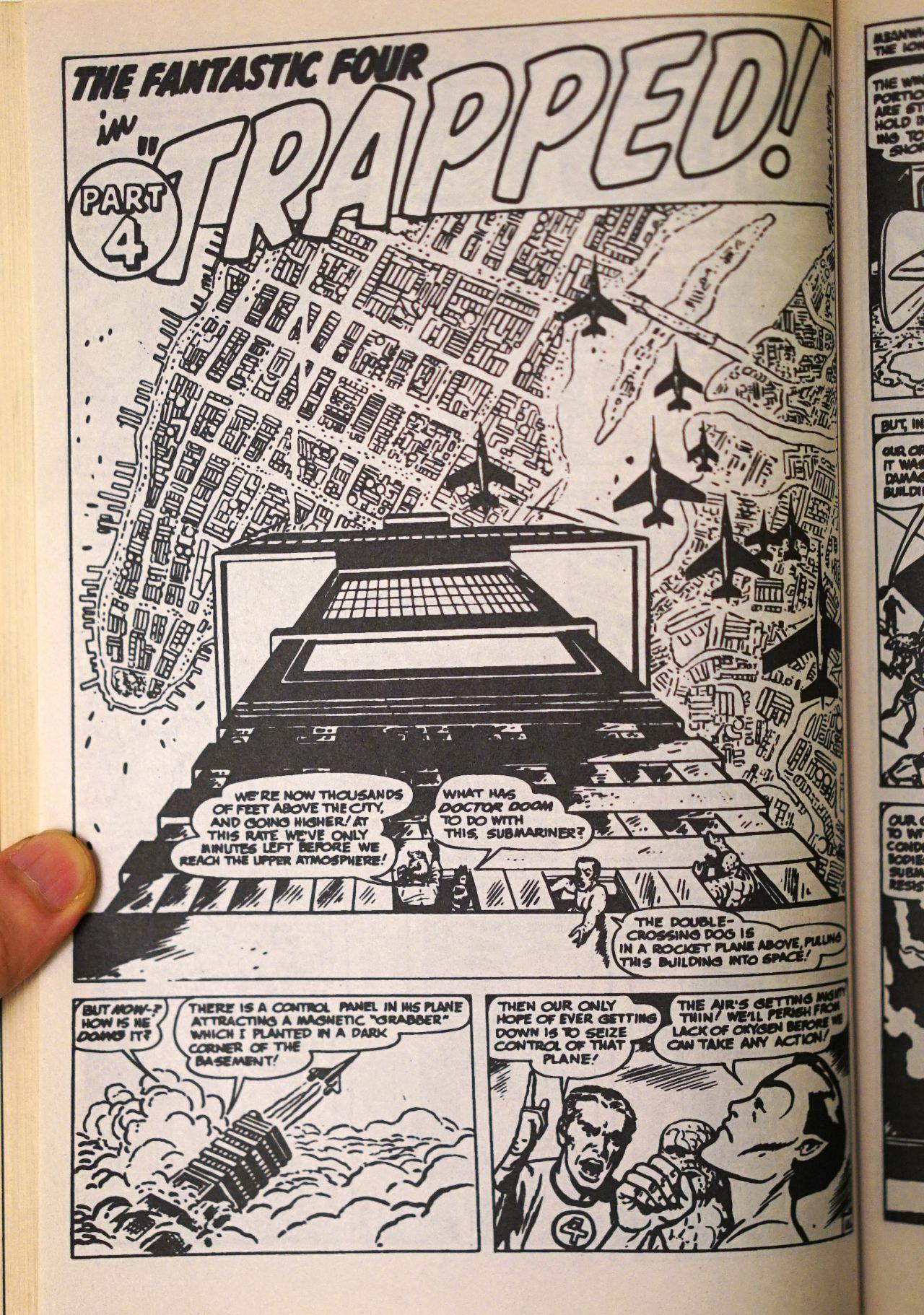 But the purpose of this post isn't to sing the praises of Stan Lee and Jack Kirby's Fantastic Four. Too many people have done that already, I'm just [super] late to the party.

One of the things I'm concerned with is devising methods to make comix at great speed. And Jack Kirby isn't only the king of comix, but you can also count him as king of the 1000mph club (before there was ever a 1000mph club). It is said that he did about 5-6 pages a day in the 60's. He slowed down a little in the 1970's during his stint at DC, churning out something like 15-20 pages a week (which is still a whole a lot!). If I could sustain an output of half that number per week, I would be so very, very proud of myself. And so it only made sense to carefully study the king's panels and see if there was a code to be cracked. One thing I noticed is that the Kirby reused a lot of the same (or close to the same) panel compositions and figure poses, often within the same issue, multiple times! Here's a rundown of some of the ones I picked up on. 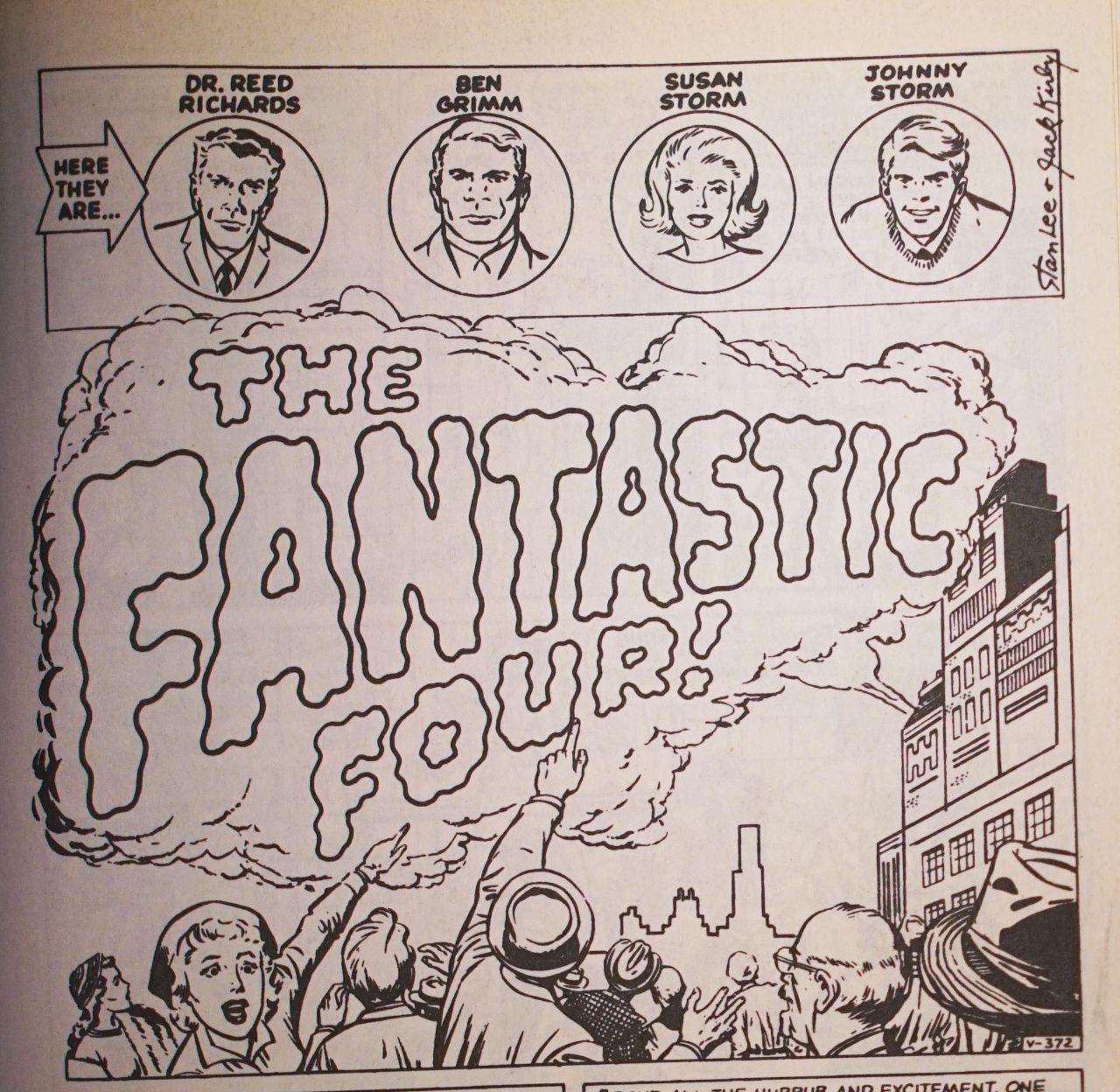 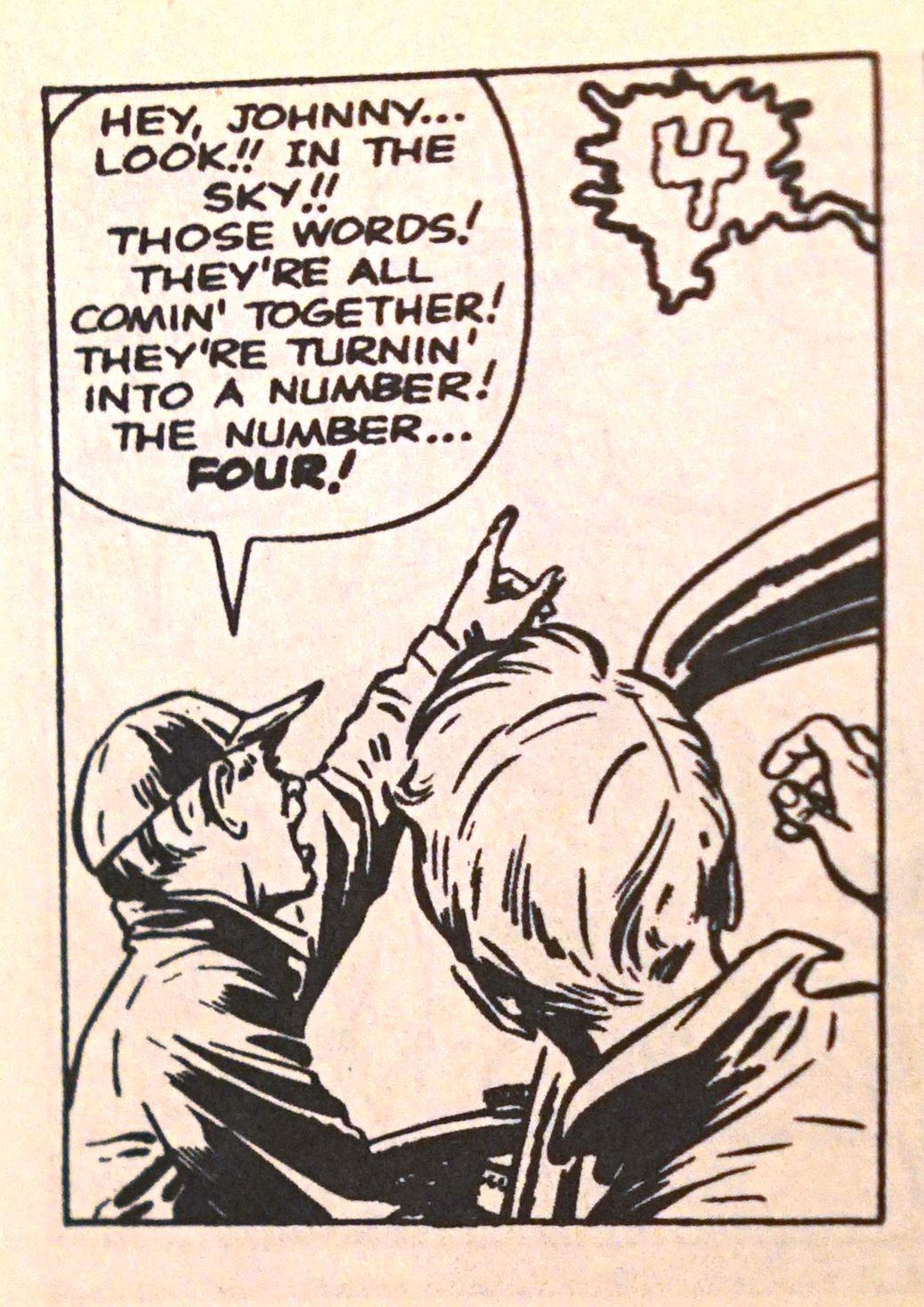 2) Figure (background) pointing at something/someone in foreground (or off panel). 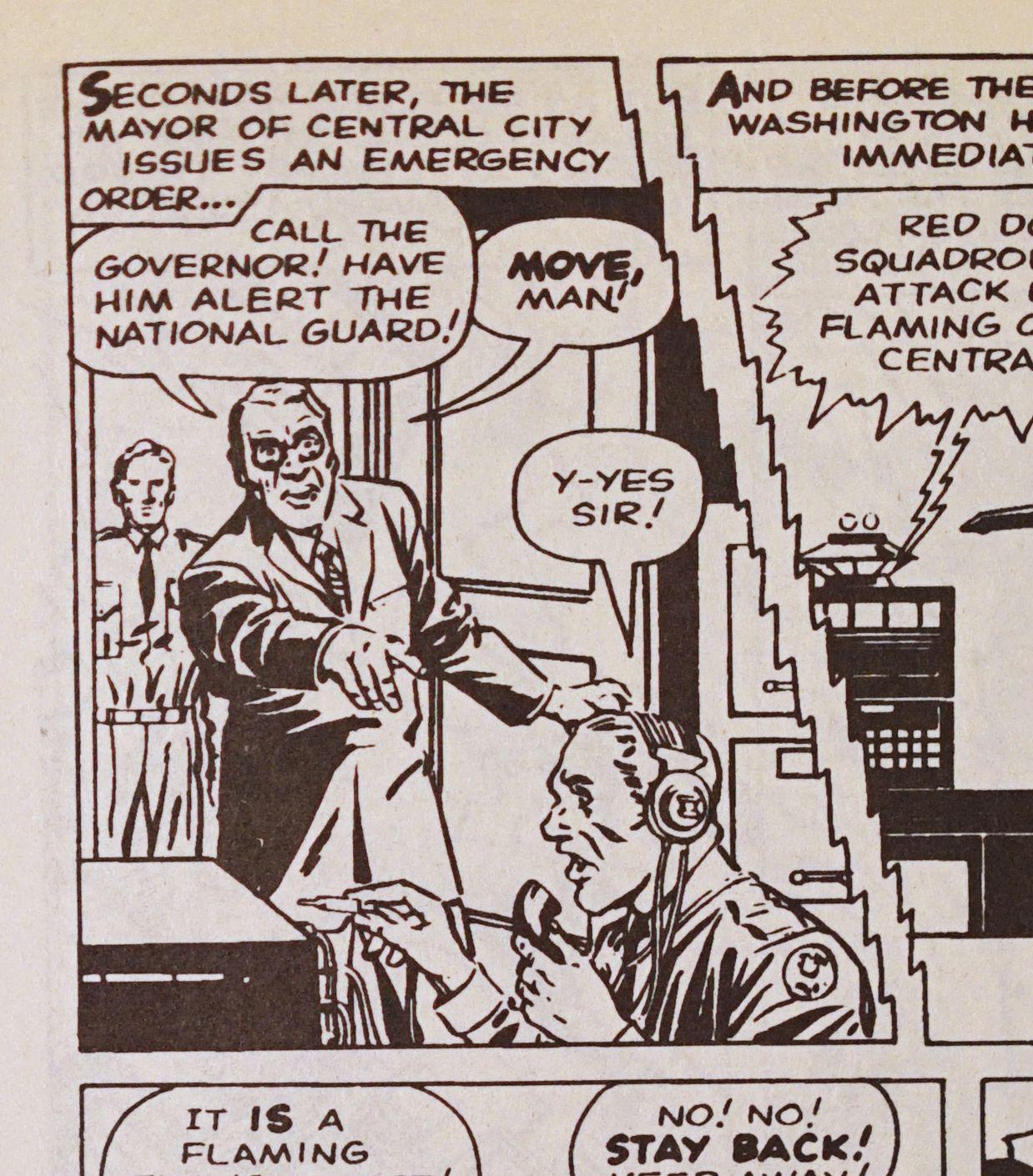 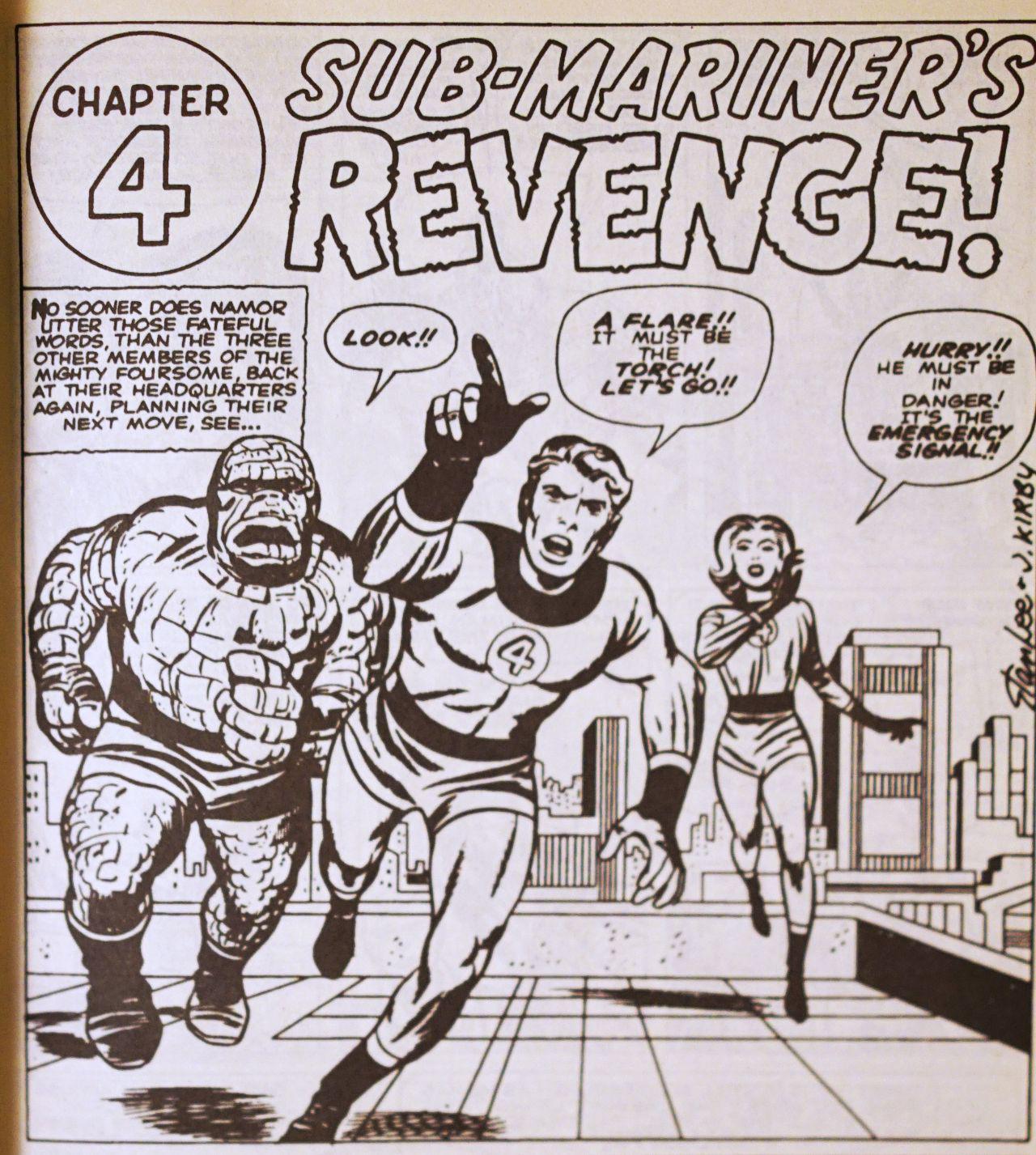 3) Close on hand (foreground) pointing at something/someone in background. 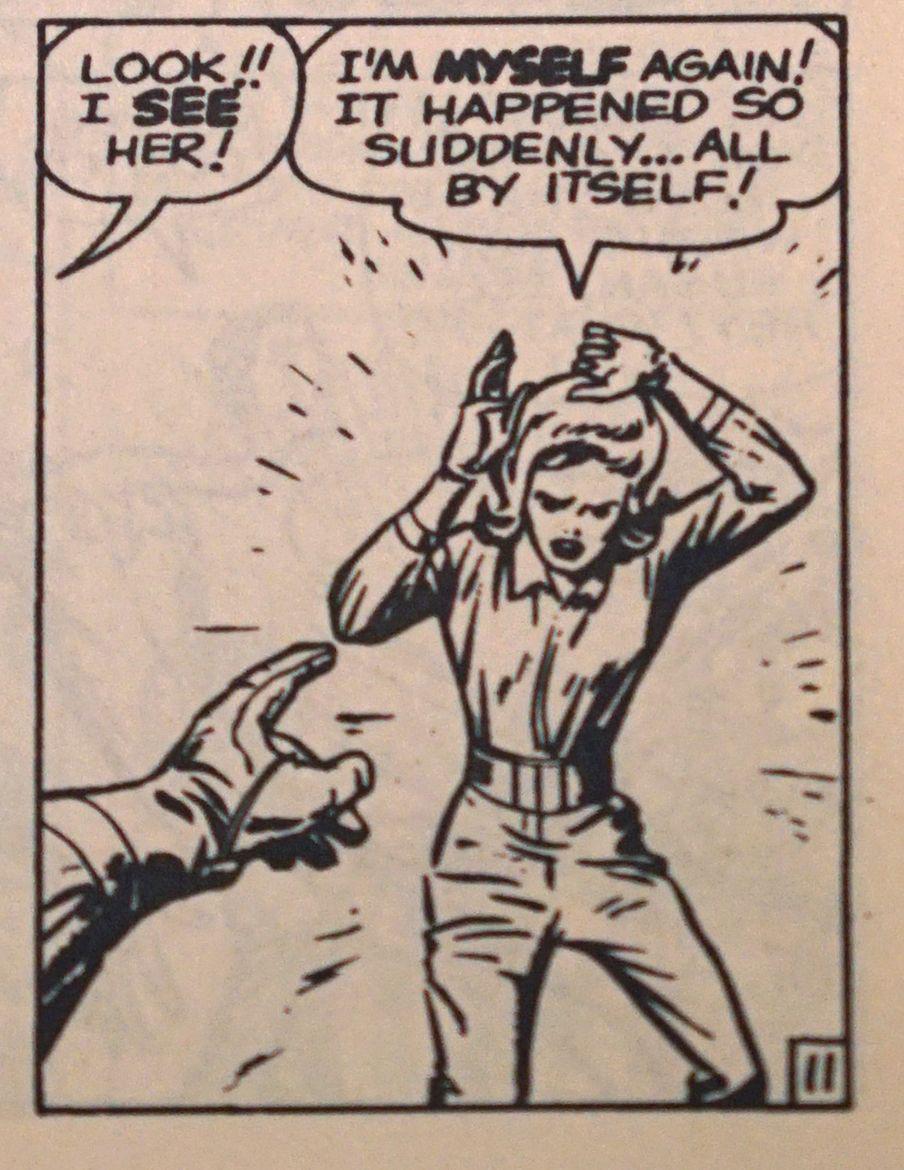 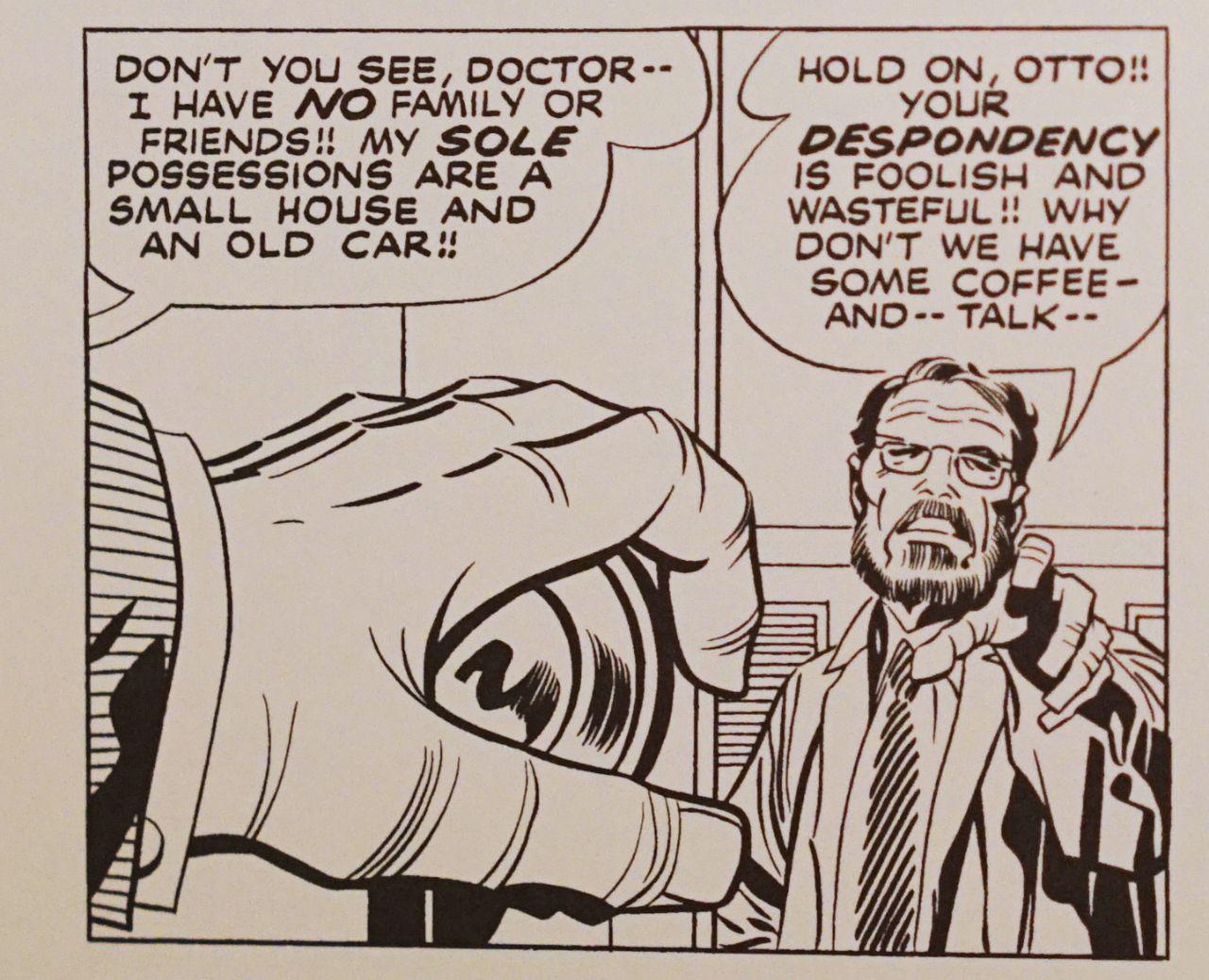 (The last one isn't pointing, and it's from late stage Kirby's SPIRIT WORLD, but it operates on the same basis.)

4) Close on reacting faces (and fit a hand in there). 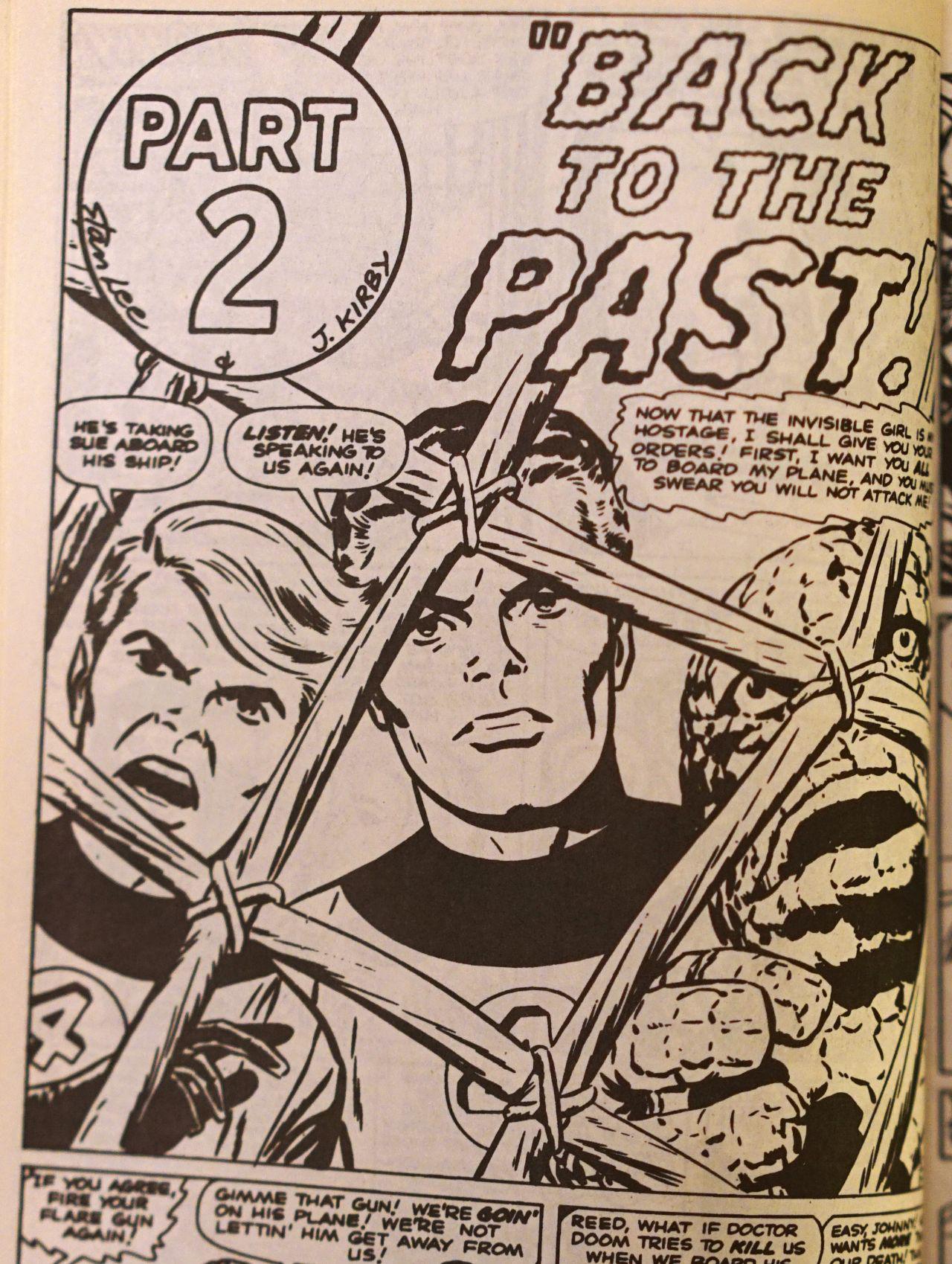 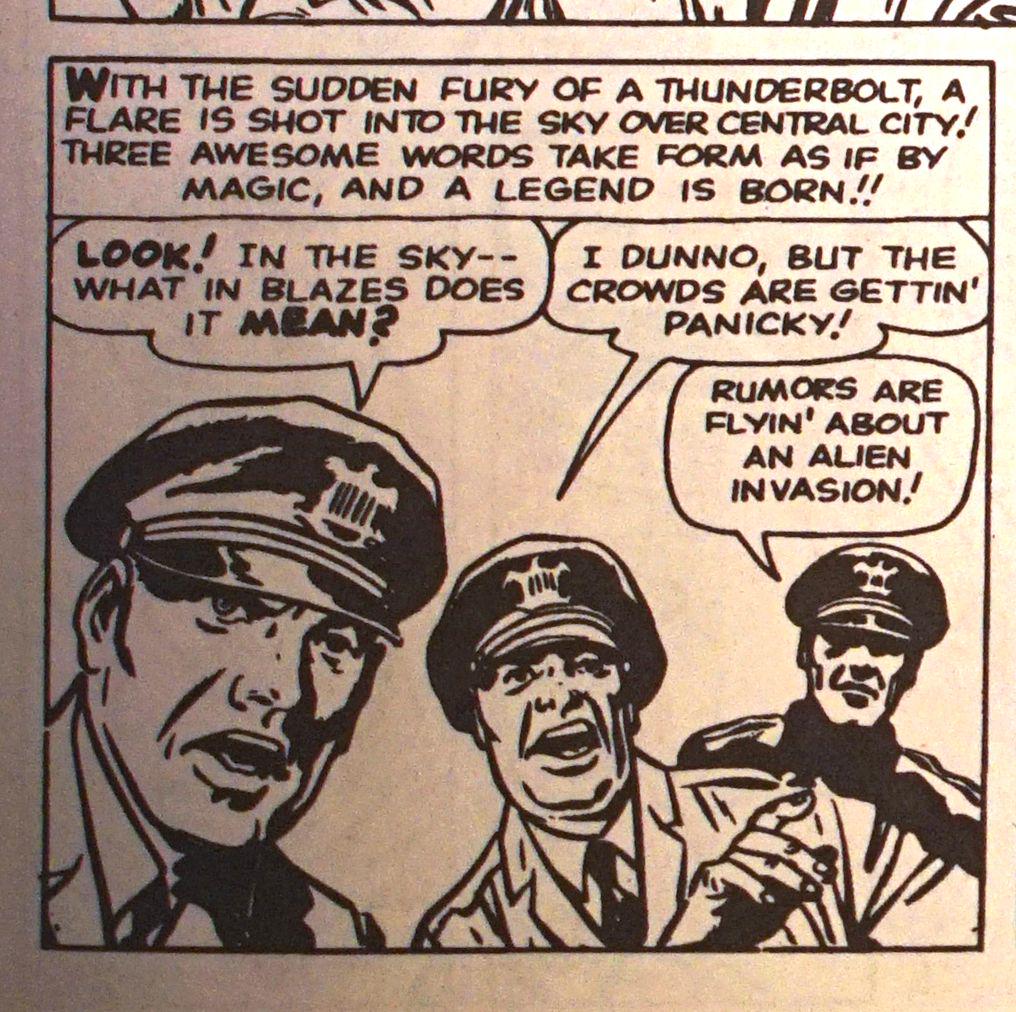 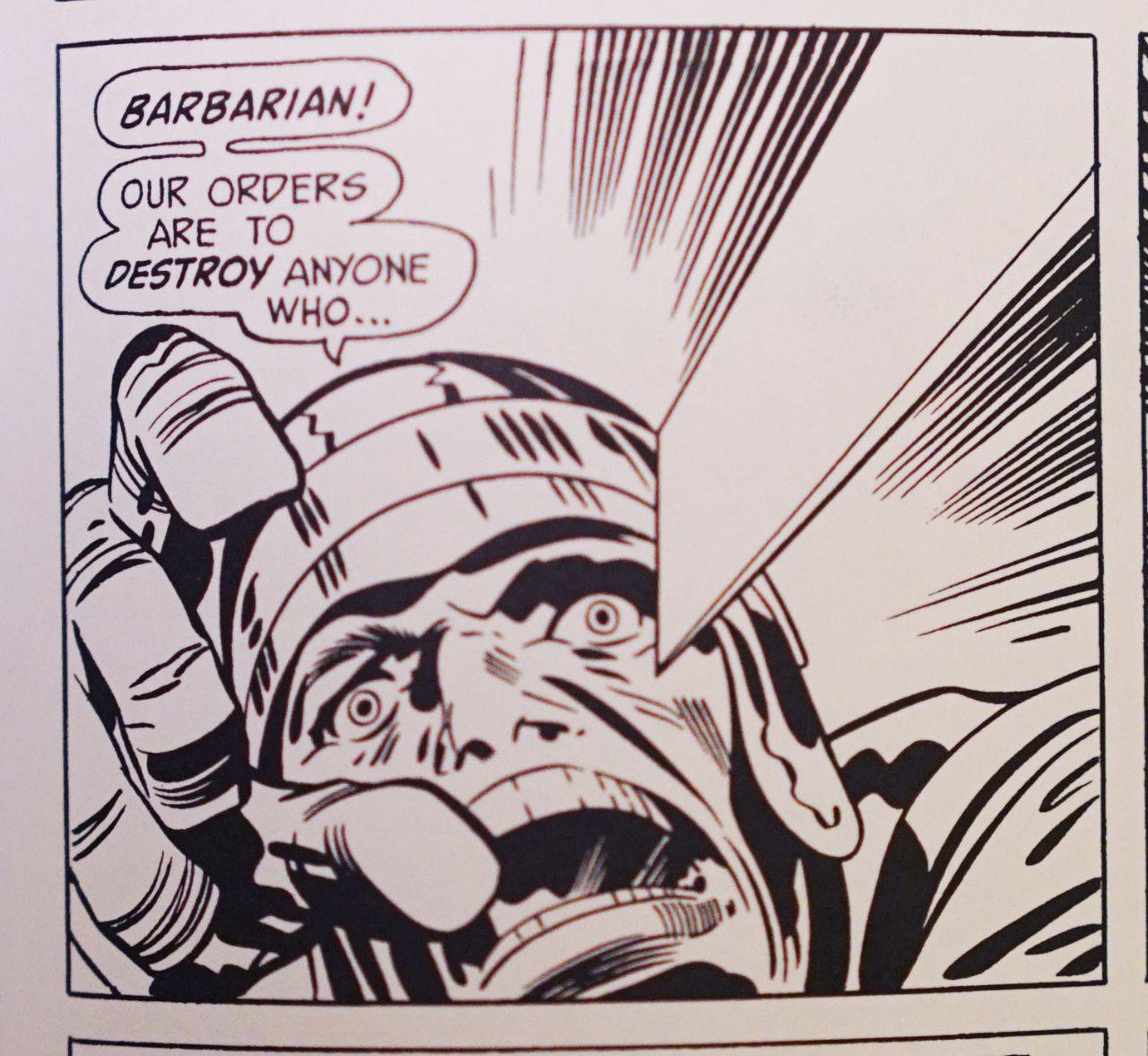 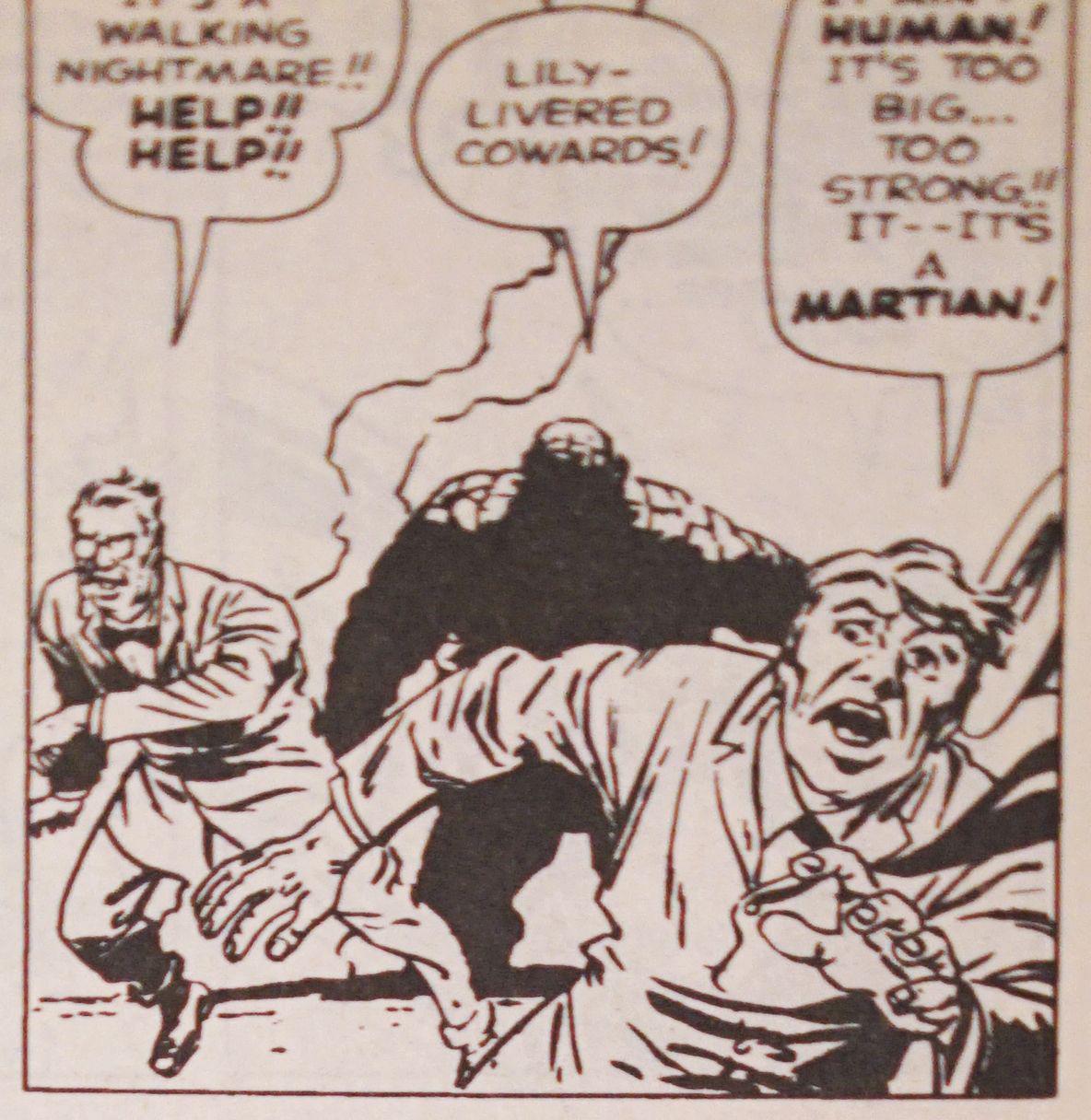 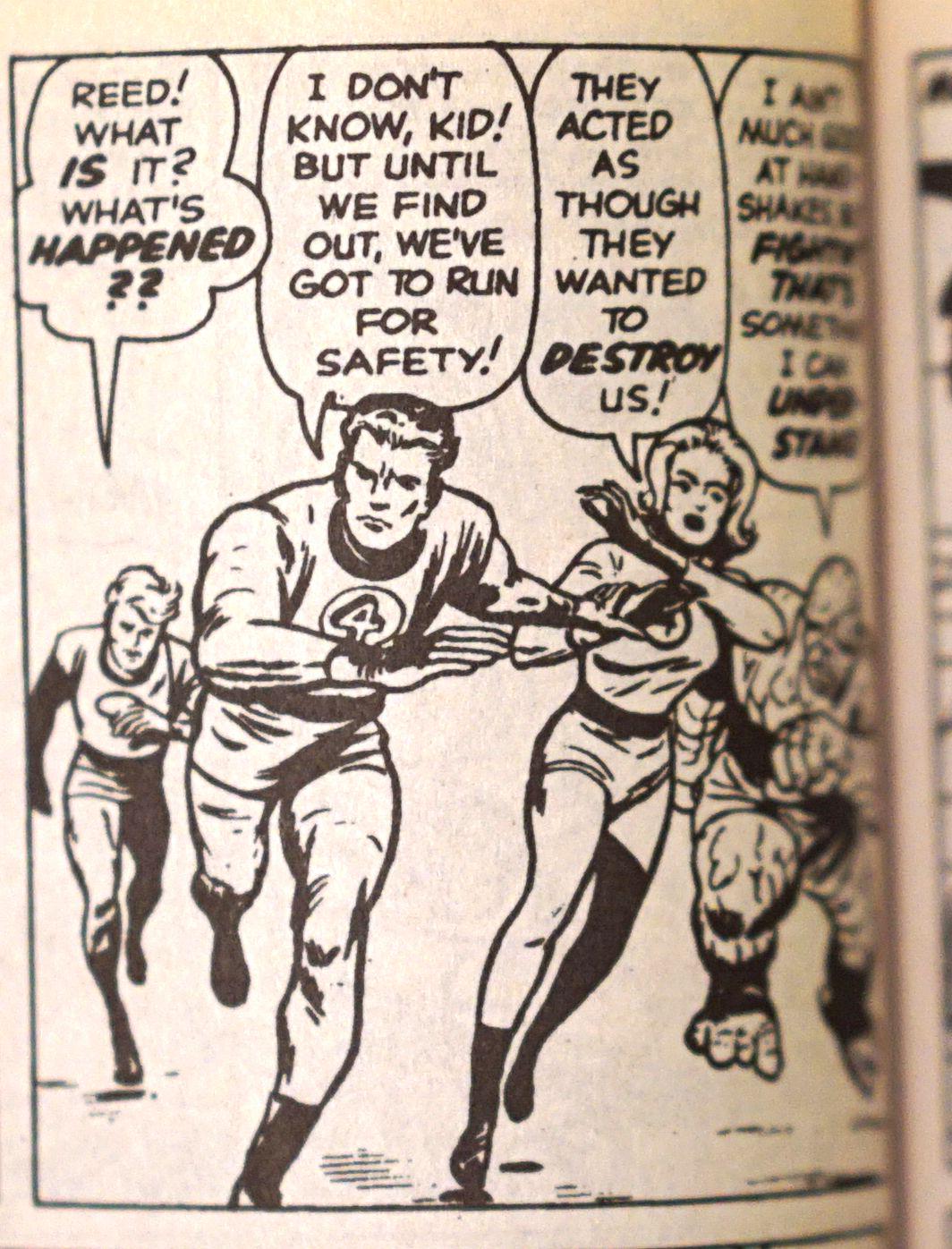 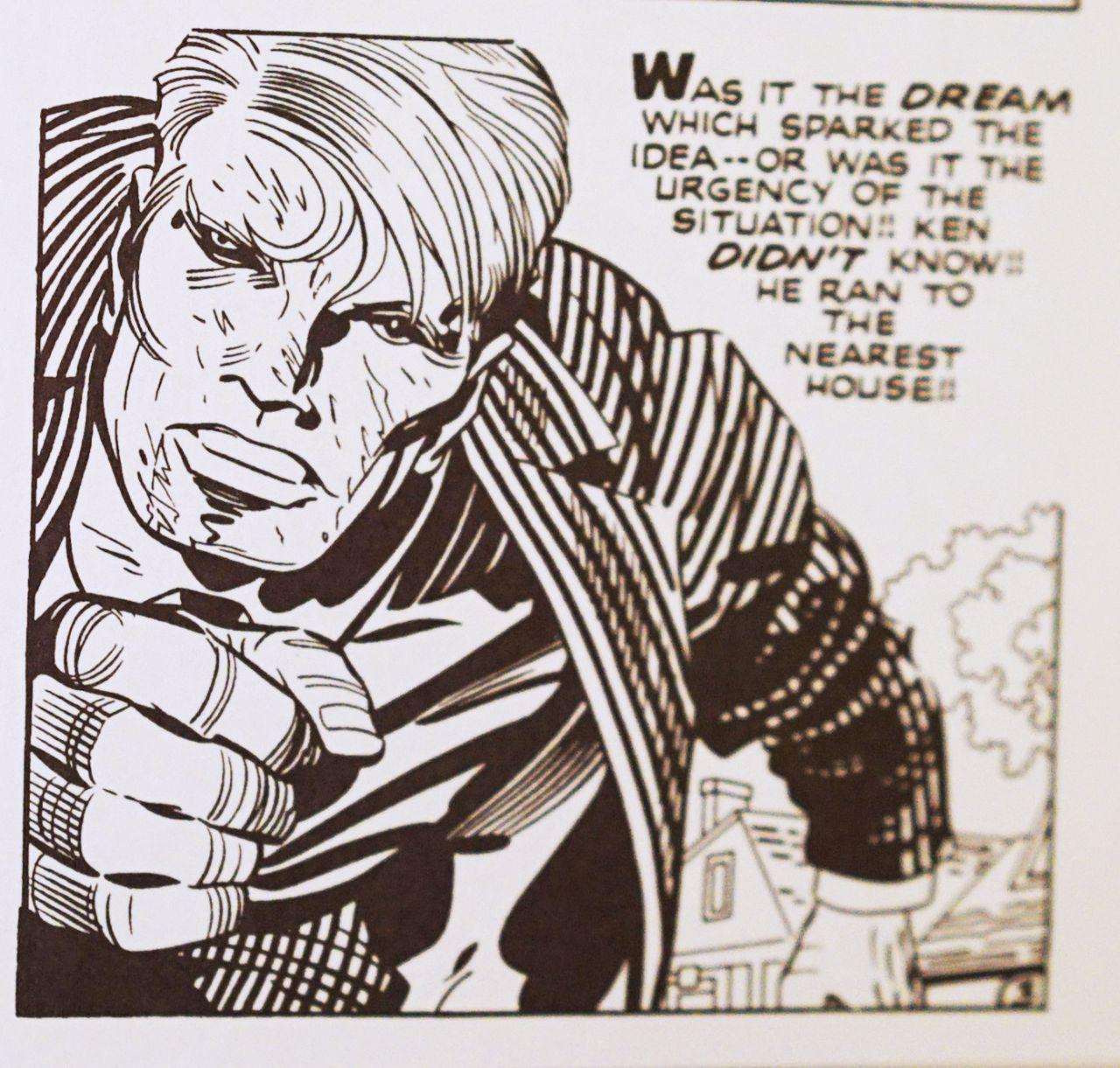 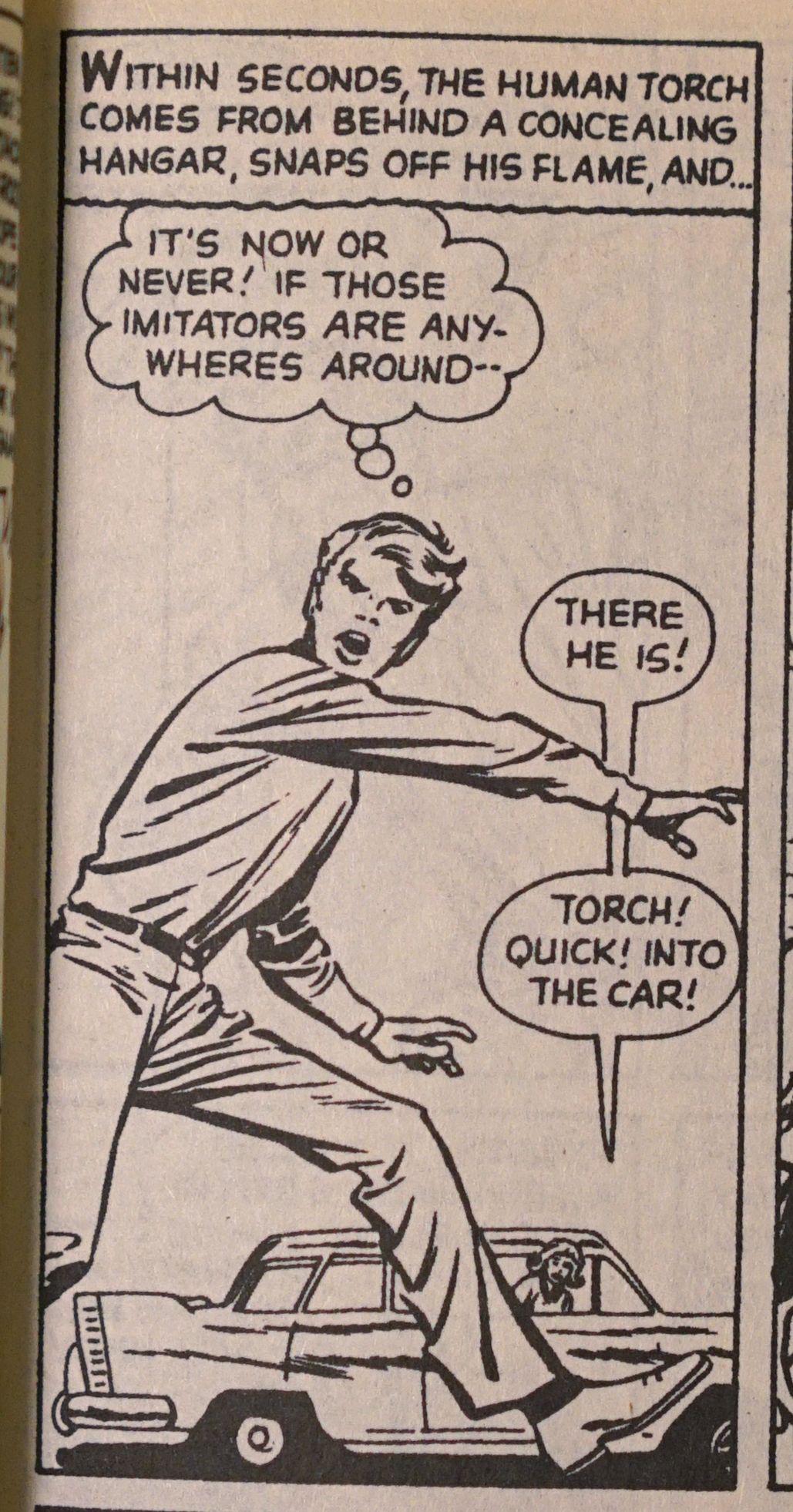 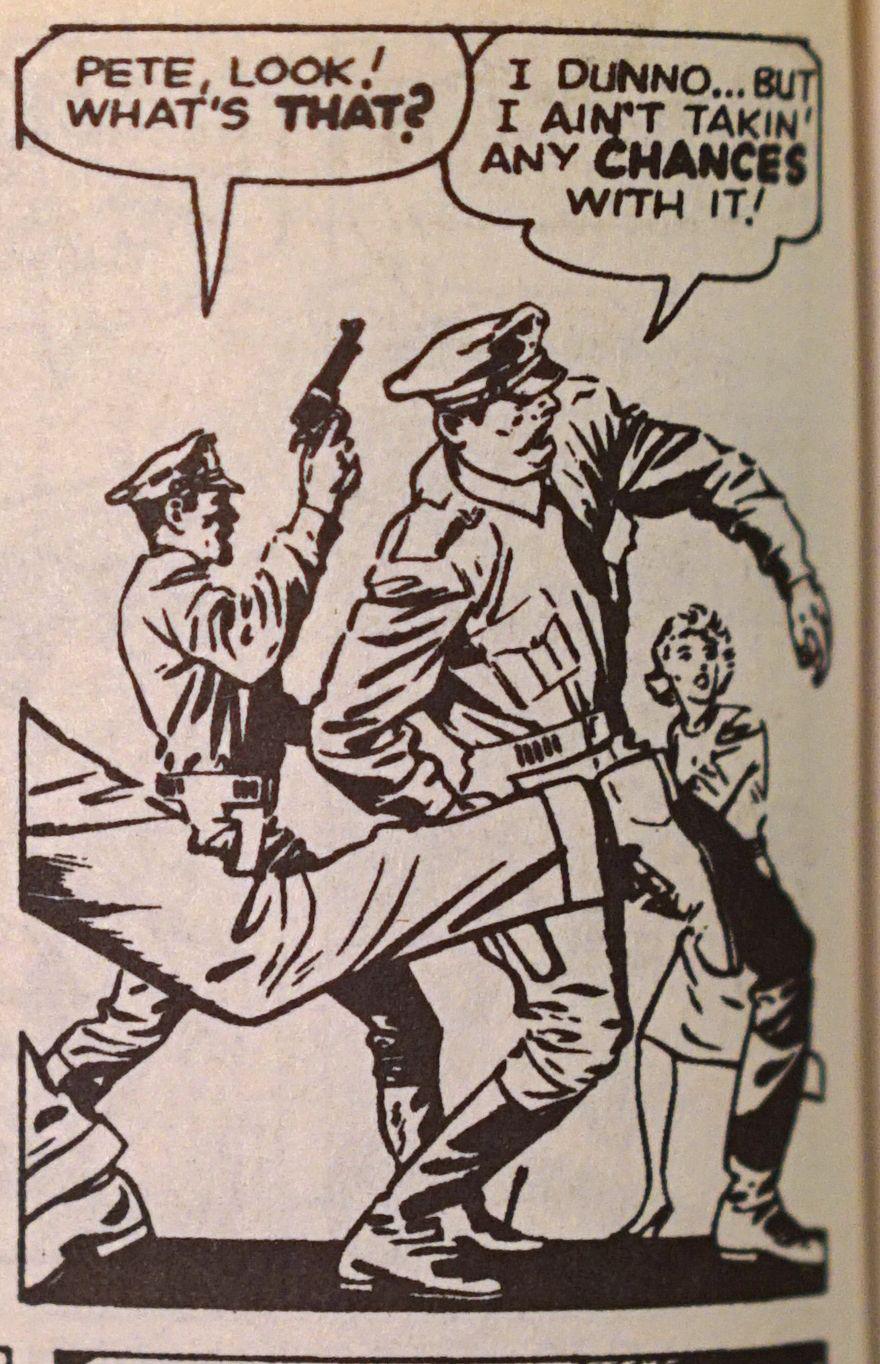 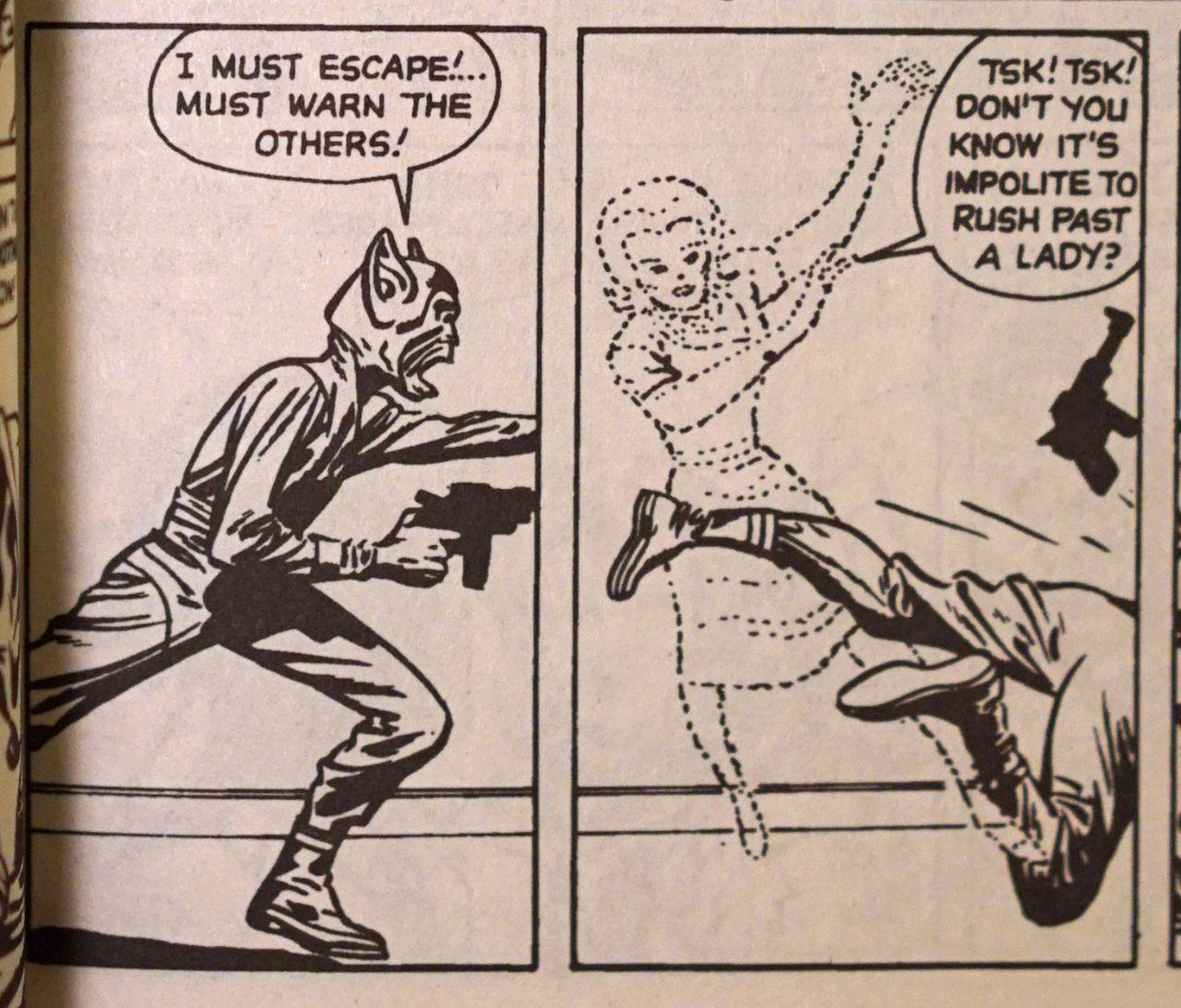 7) Medium on character in foreground, with full figure(s) in background. 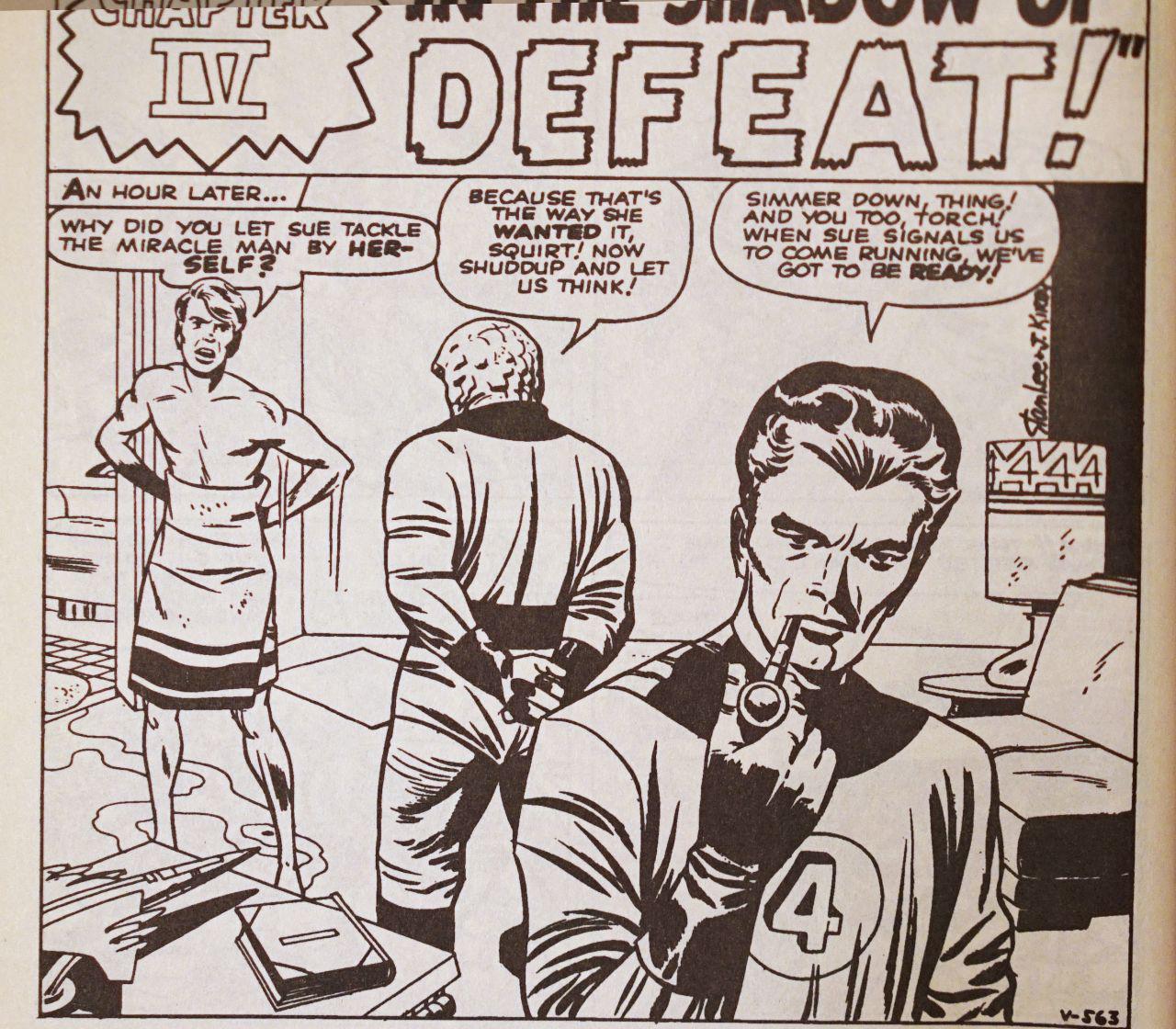 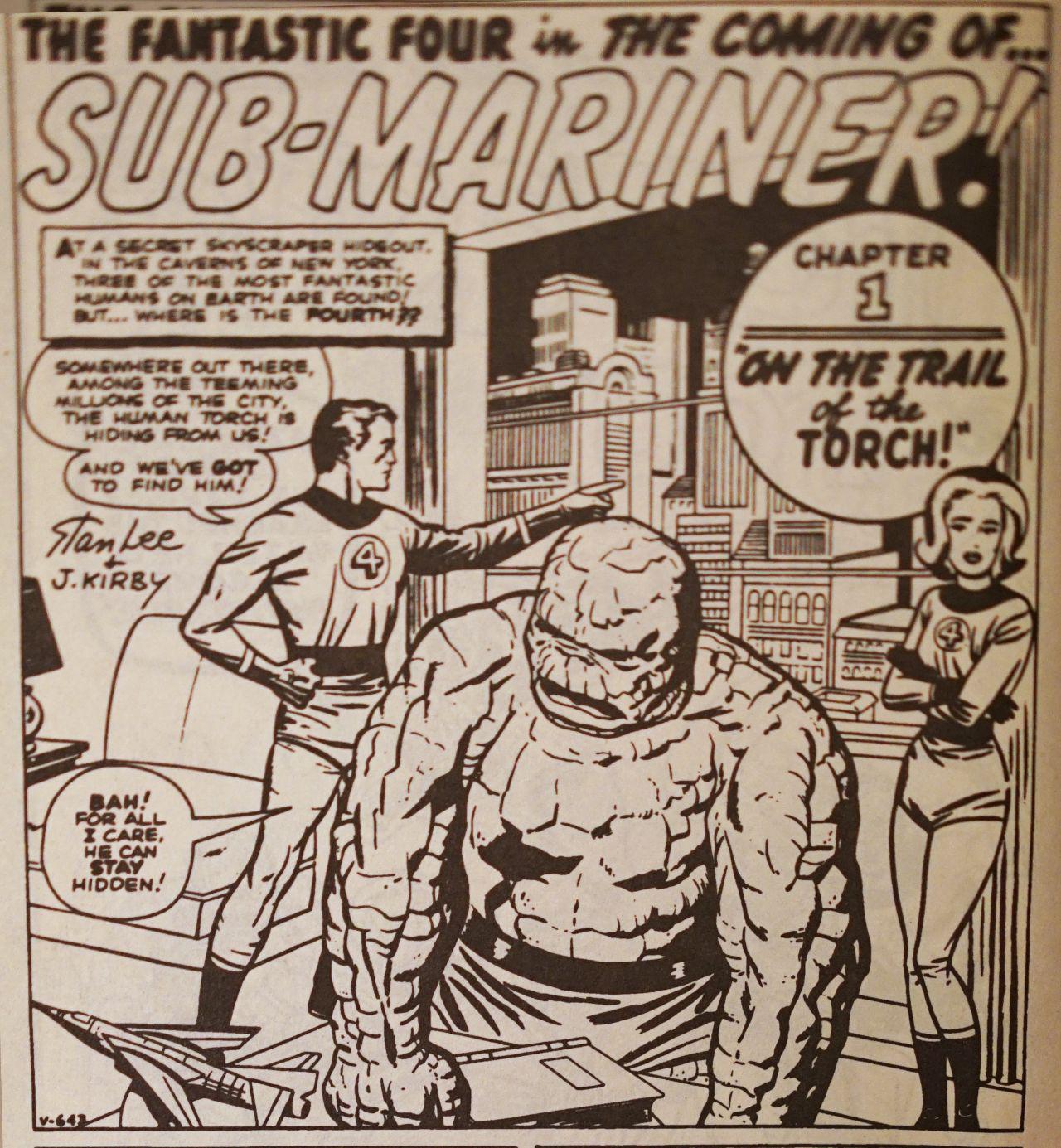 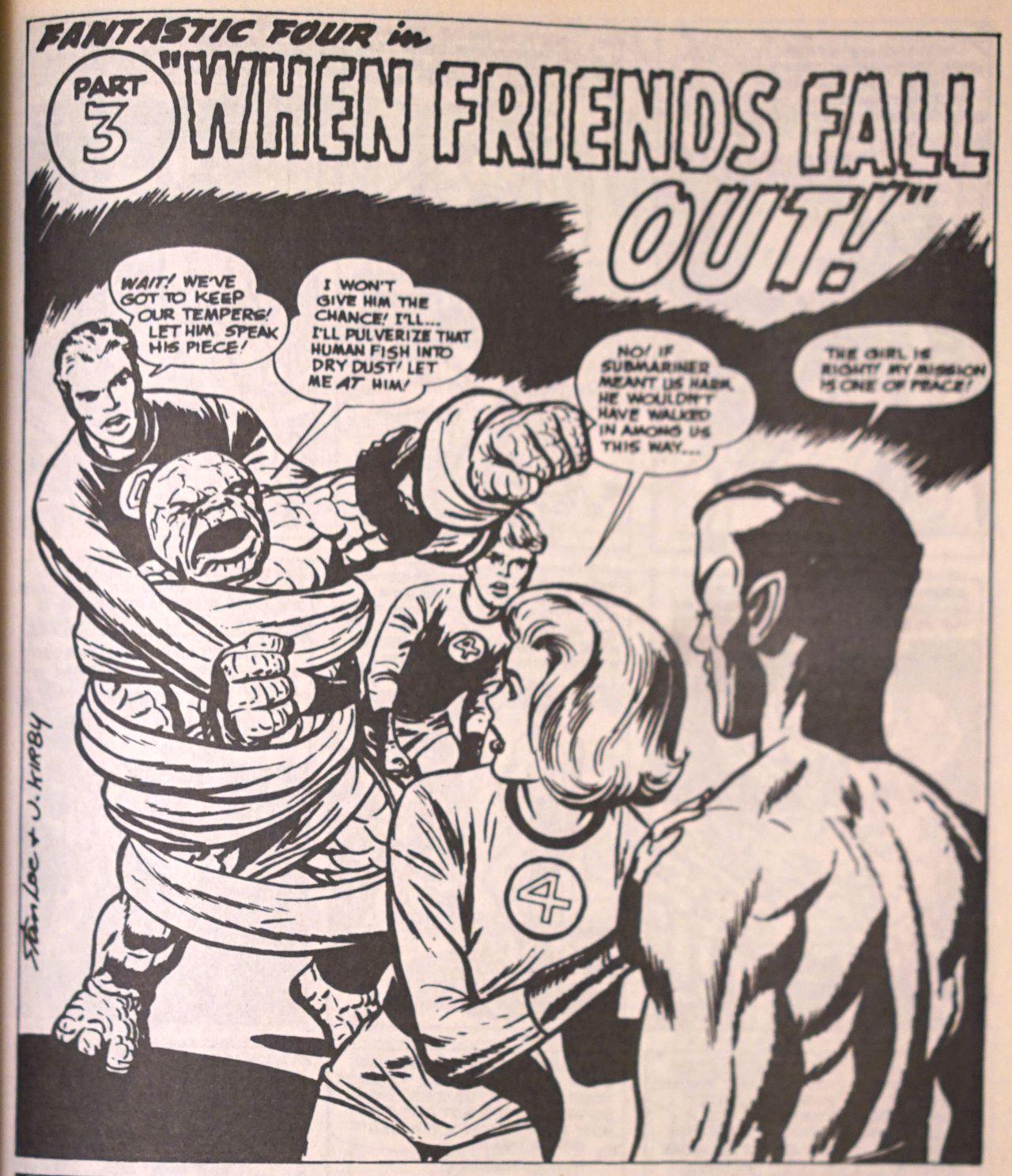 8) Back head in foreground, medium(ish) character(s) in background. 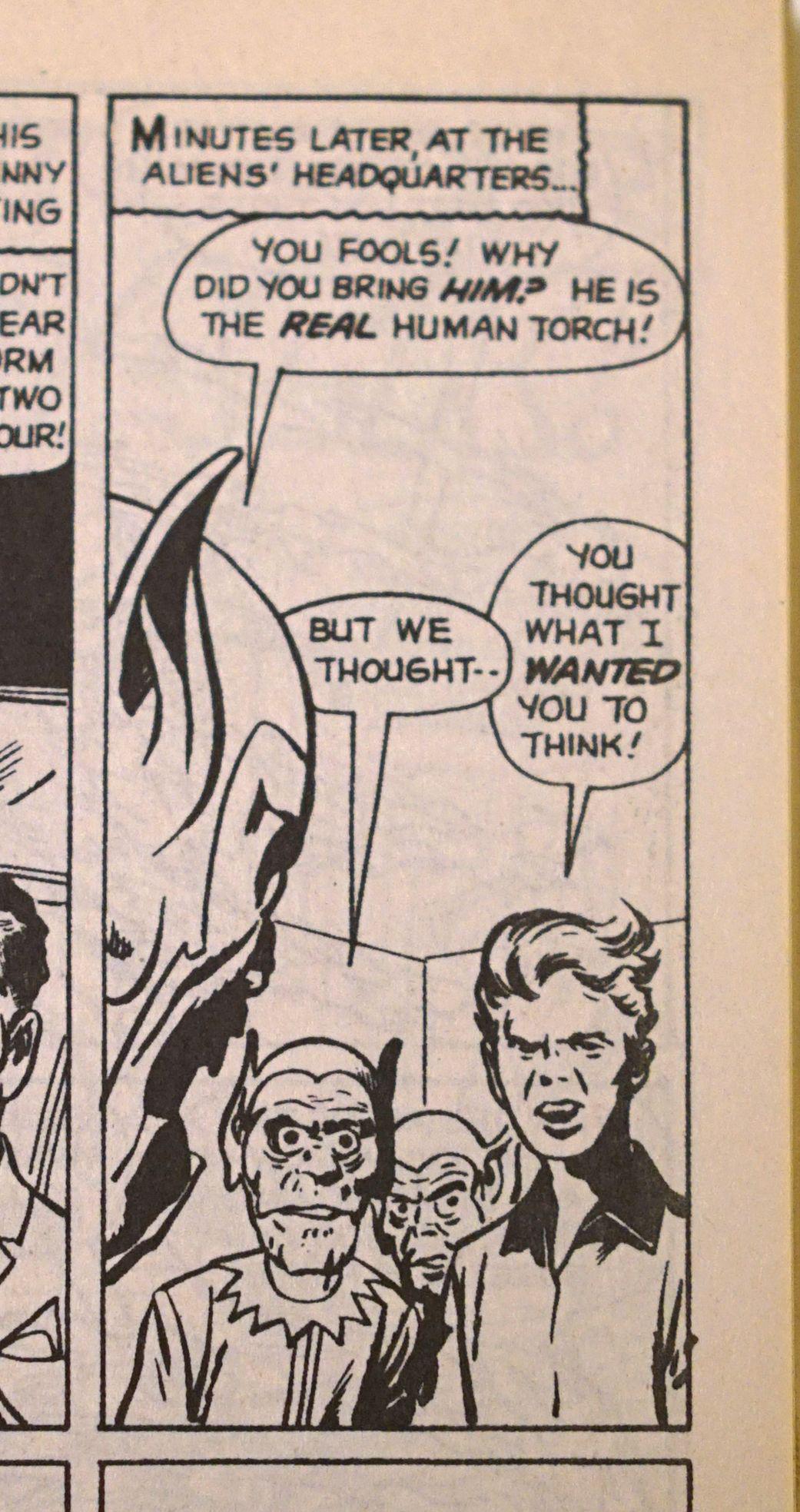 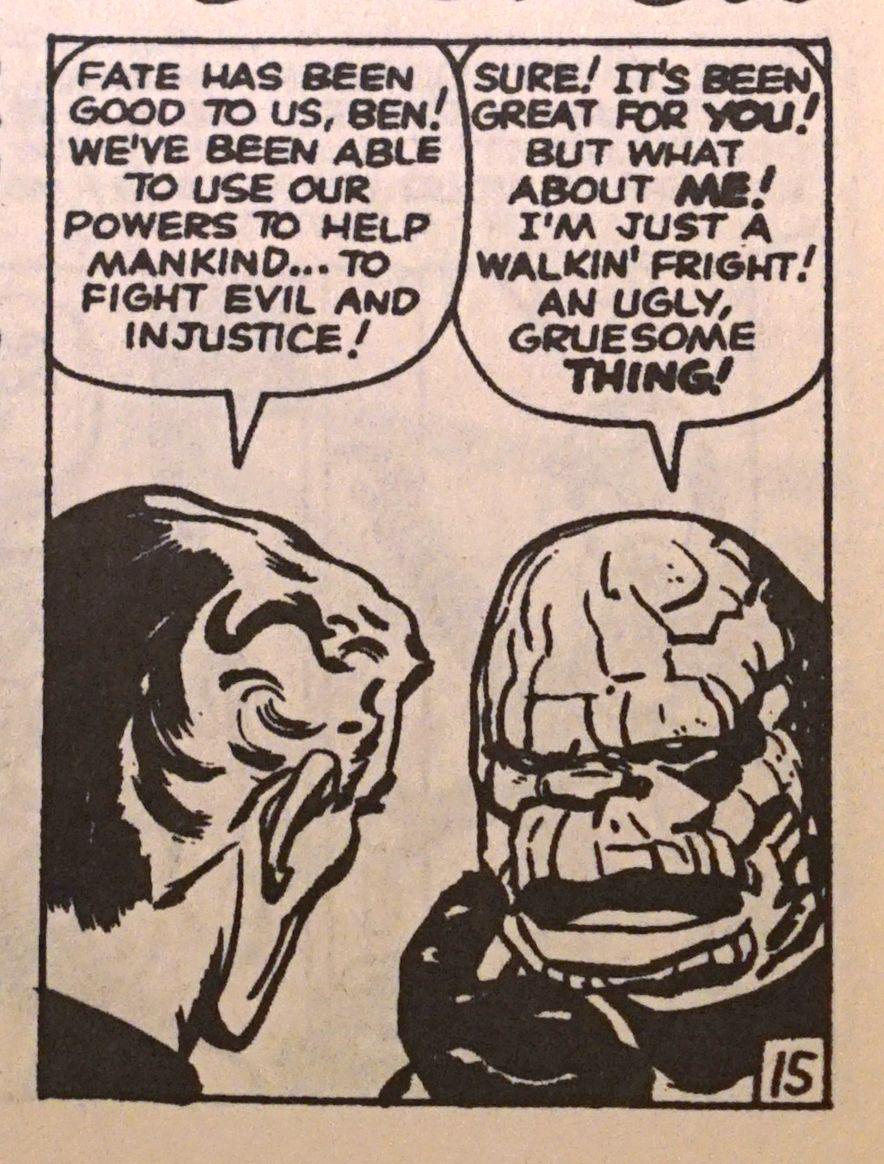 9) Close on hand holding something. 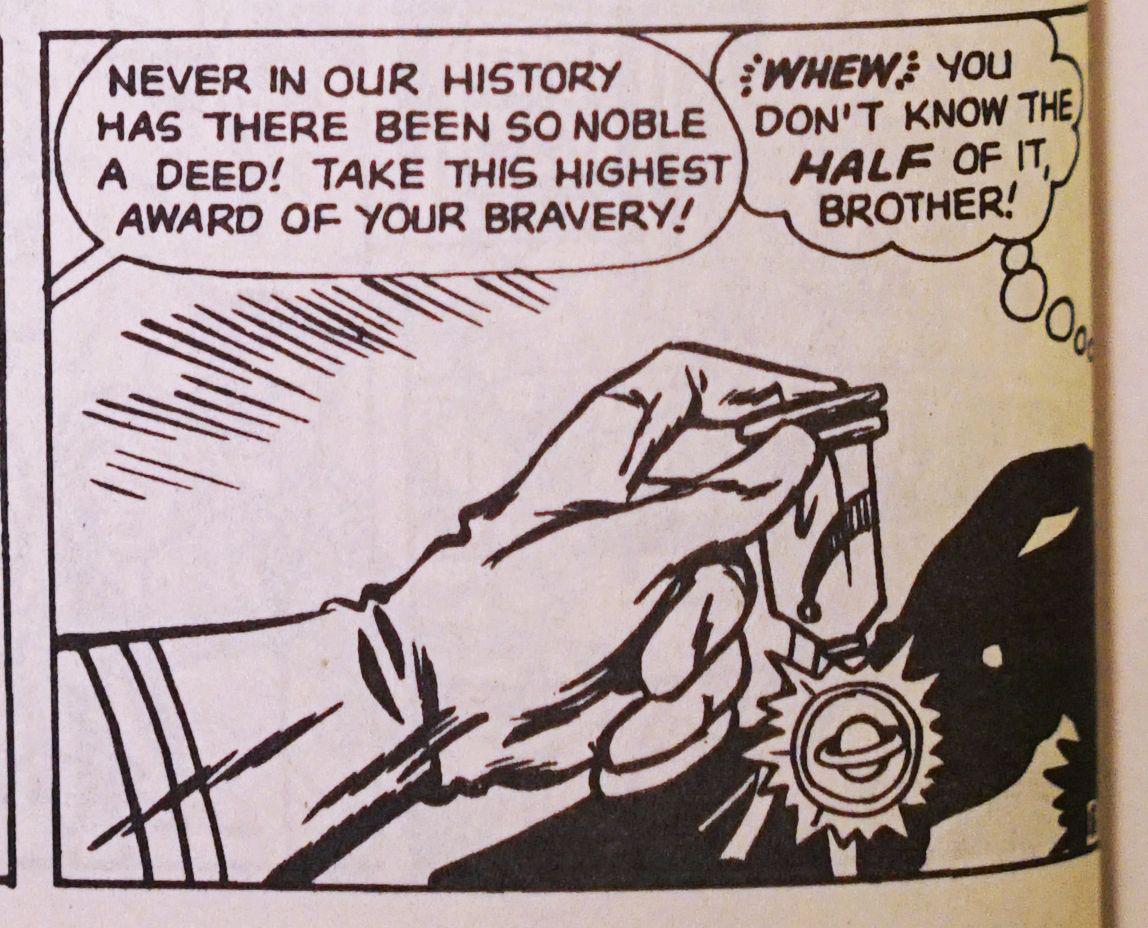 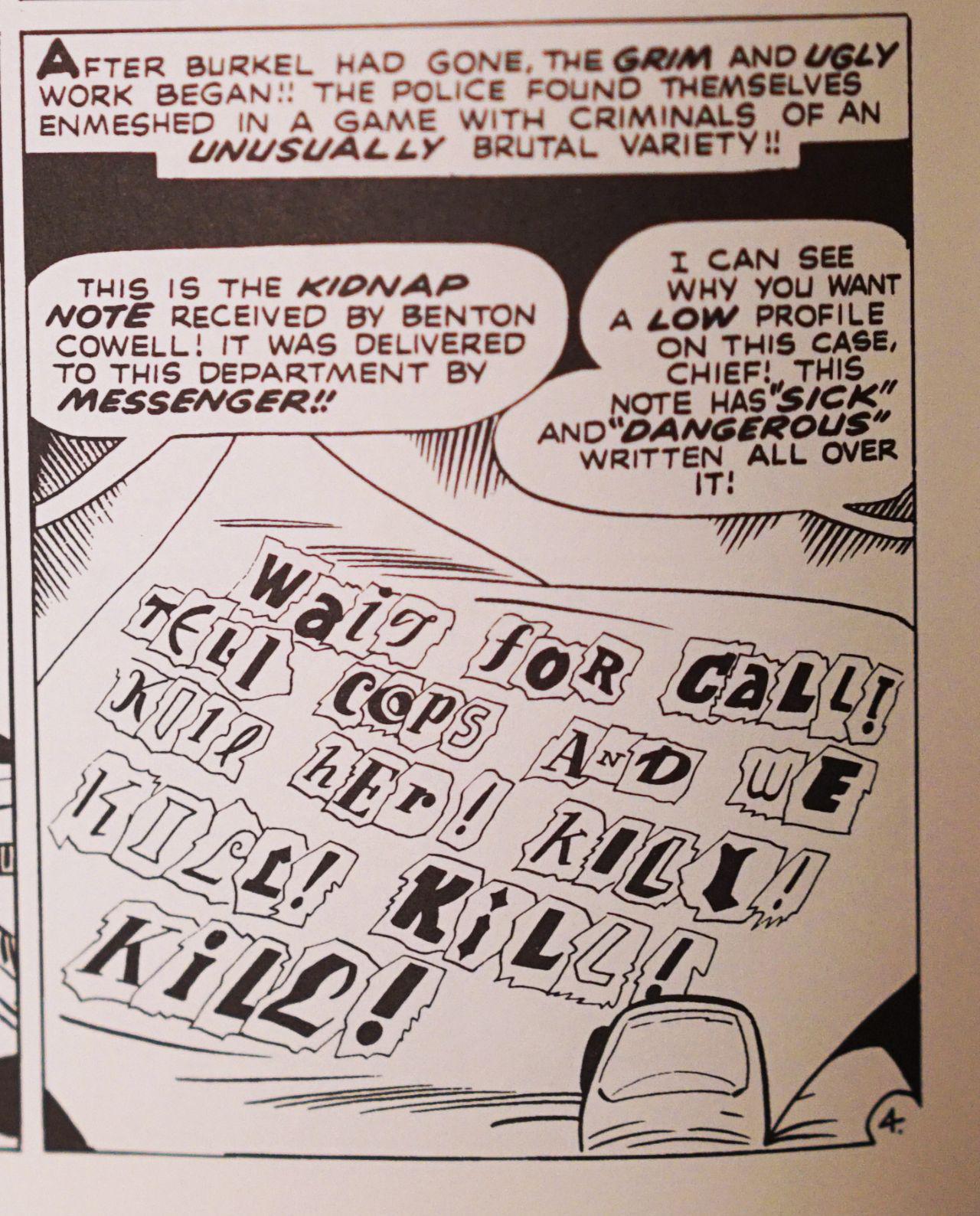 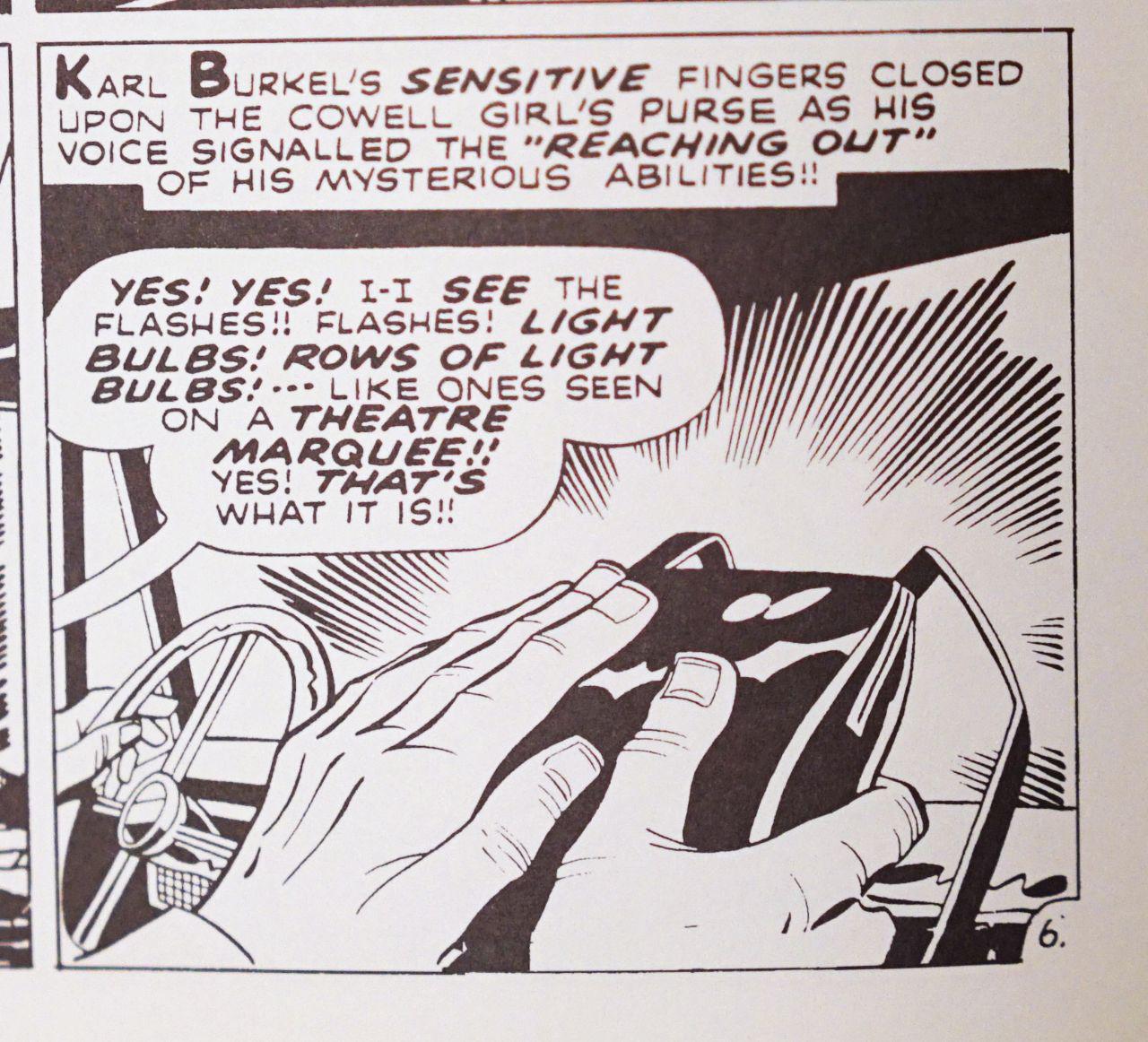 10) Full figure's rearside in foreground, striking or being struck by something/someone in background. 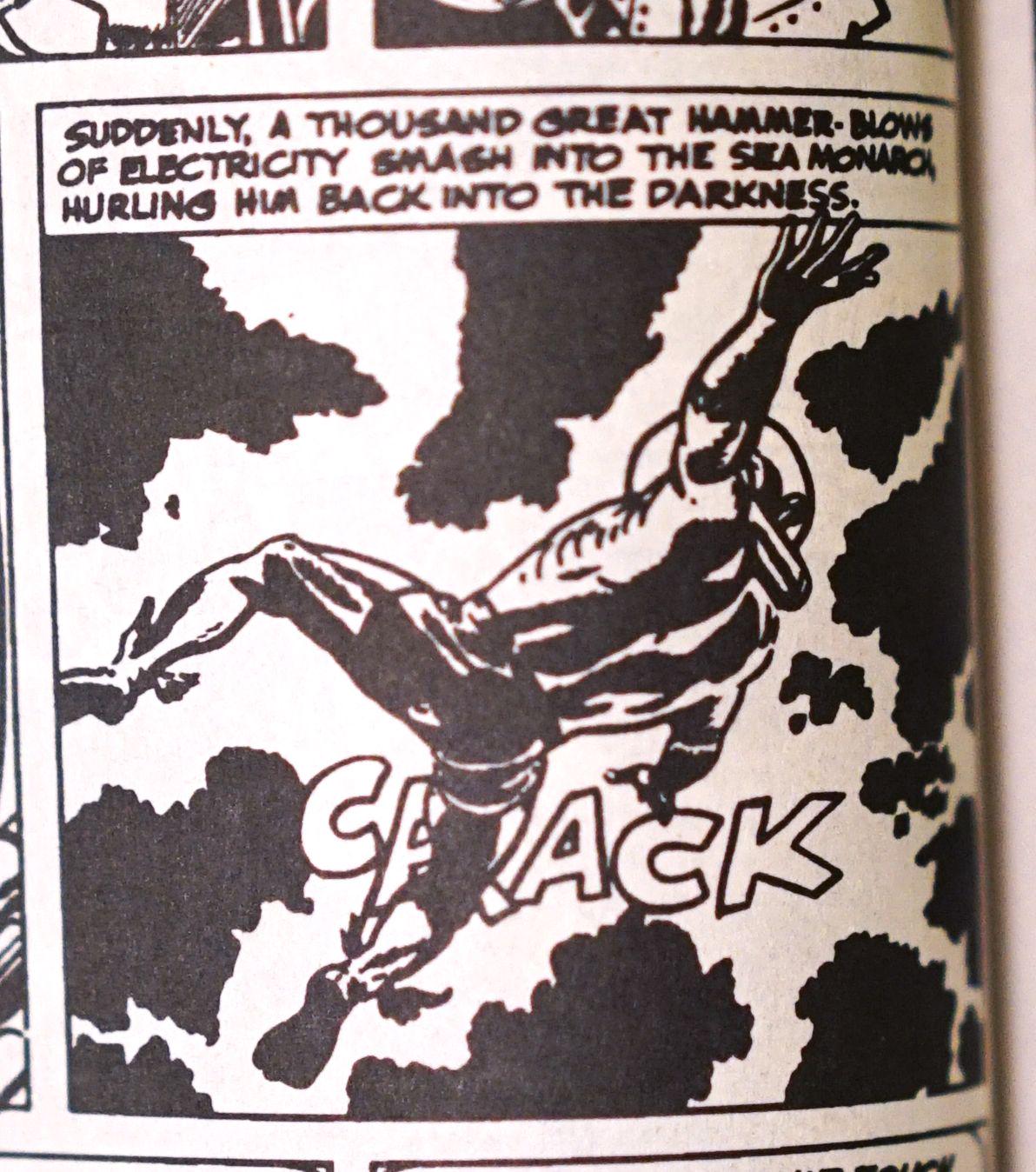 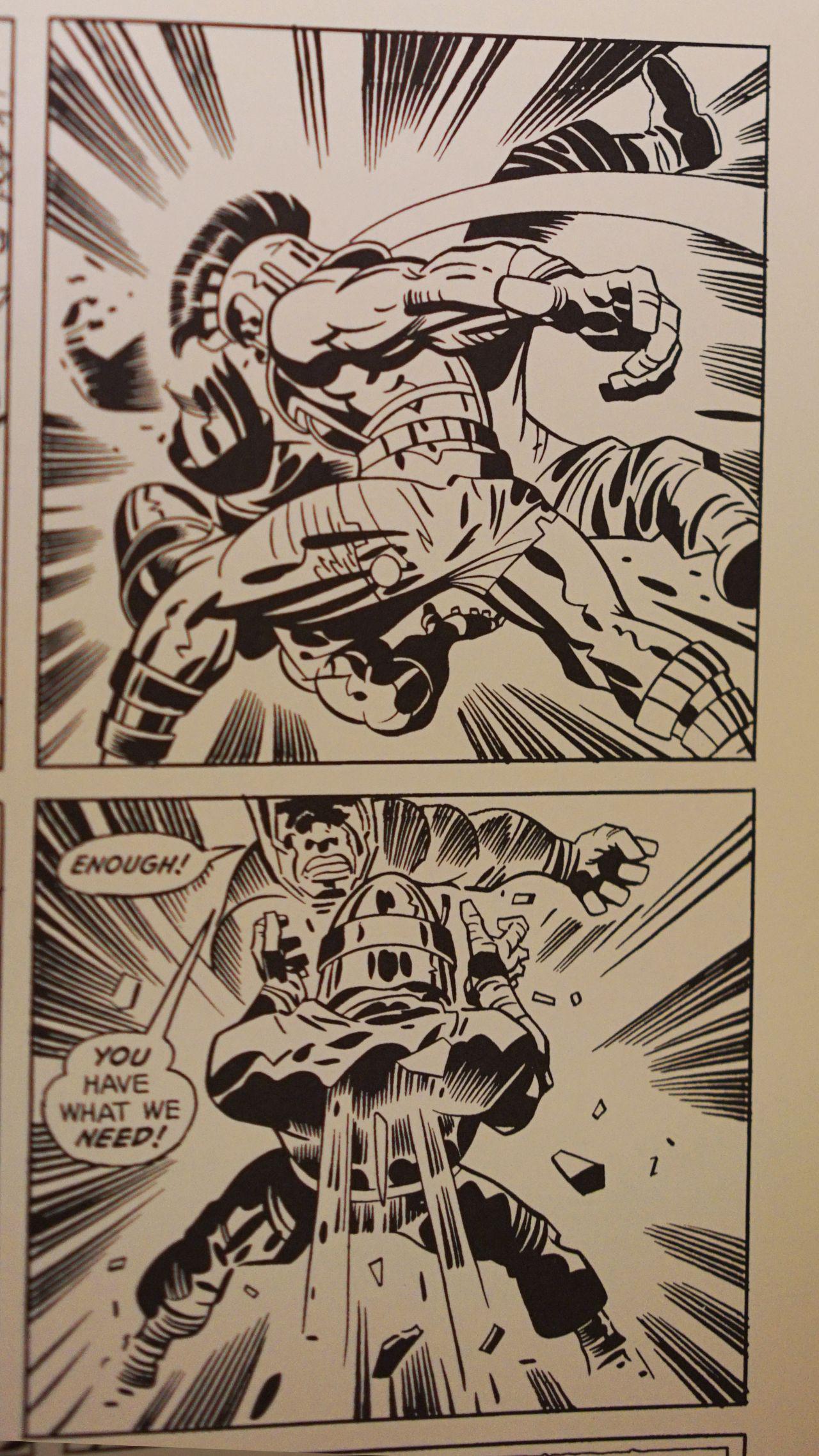 It's likely that every speedster has their key go-to panels that help them burn through pages without having to spend too much time overthinking things. Wally Wood had his notorious 22 Panels That Always Work, for example. 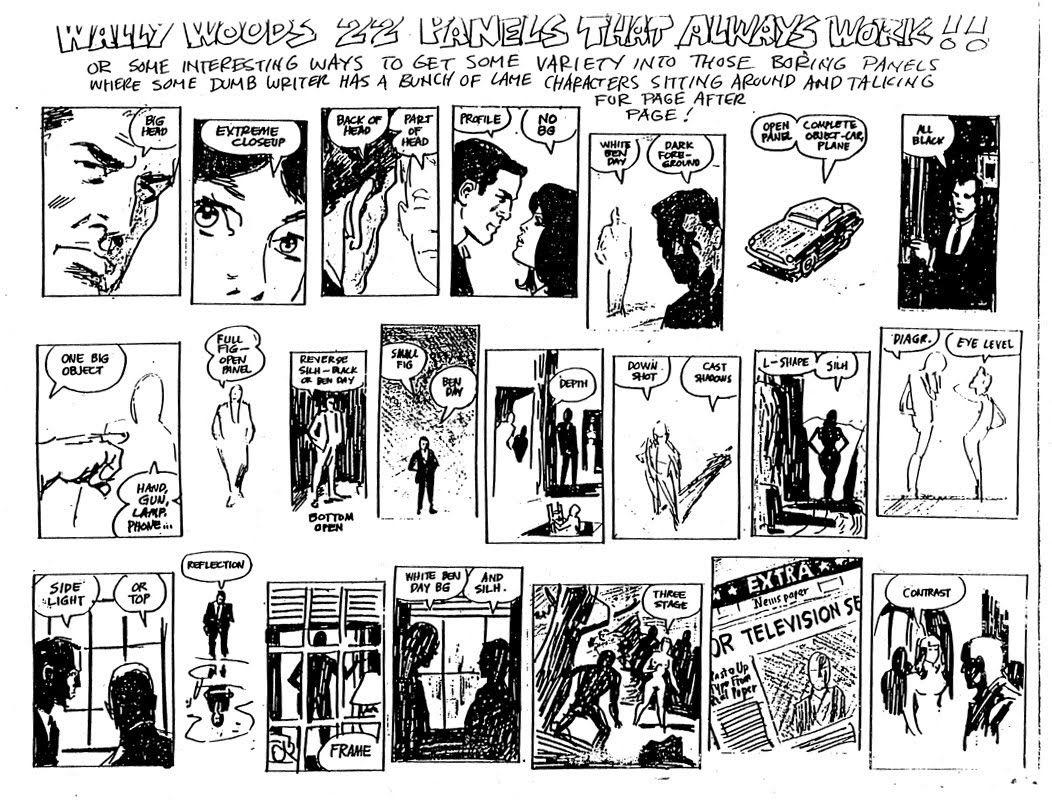 Wouldn't be a bad idea to go back to basics and pick up a thing or two from the oldschool masters who built the foundations of the entire medium to begin with.

Important to note, of course, is that Kirby neither inked nor lettered his own work. Still, that doesn't take away from the achievement of 15+ pages of strictly pencils on a weekly basis.

If one inks and letters their own work, but wants a little exercise in Kirbyism, perhaps go a few weeks doing only pencils with the goal of trying to achieve that same benchmark in a comfortable enough fashion. Once achieved, then you can get to inking and lettering, see how long those tasks take, and then include that in your calculations of how long a page takes. If one can make it anywhere close to 6 pages a week, fully inked and lettered? Well damn, that would be one hell of an achievement, wouldn't it?

And hey, no harm in eventually outsourcing those tasks to collaborators you can trust and rely on.

(This, by the way, is all addressed to myself more than anyone.)