I recall sometime in the early 2000's, a bunch of people were giving Grant Morrison shit for claiming he had managed to travel to Katmandu or some shit in a matter of seconds without leaving his house. They said he was clearly high off his fucking mind (which, granted he probably was). This was on his short-lived forum which I lurked for a bit without ever posting, but in my mind I was definitely in the Grant-has-lost-his-shit camp.

Lately though, I've come to notice how I seem to be increasingly absent when the wife addresses me. My body can be right there on the chair across from her, but my mind is usually wandering in the world of the book I'm reading, or lost in the world of my graphic novel or past memories or future scenarios and conversations that have not yet happened (and possibly never will).

So it's occurred to me that we all travel to places in our minds without our bodies ever making a move. But like sports or mathematics or singing... some of us just so happen to be more proficient at it than the rest of us. 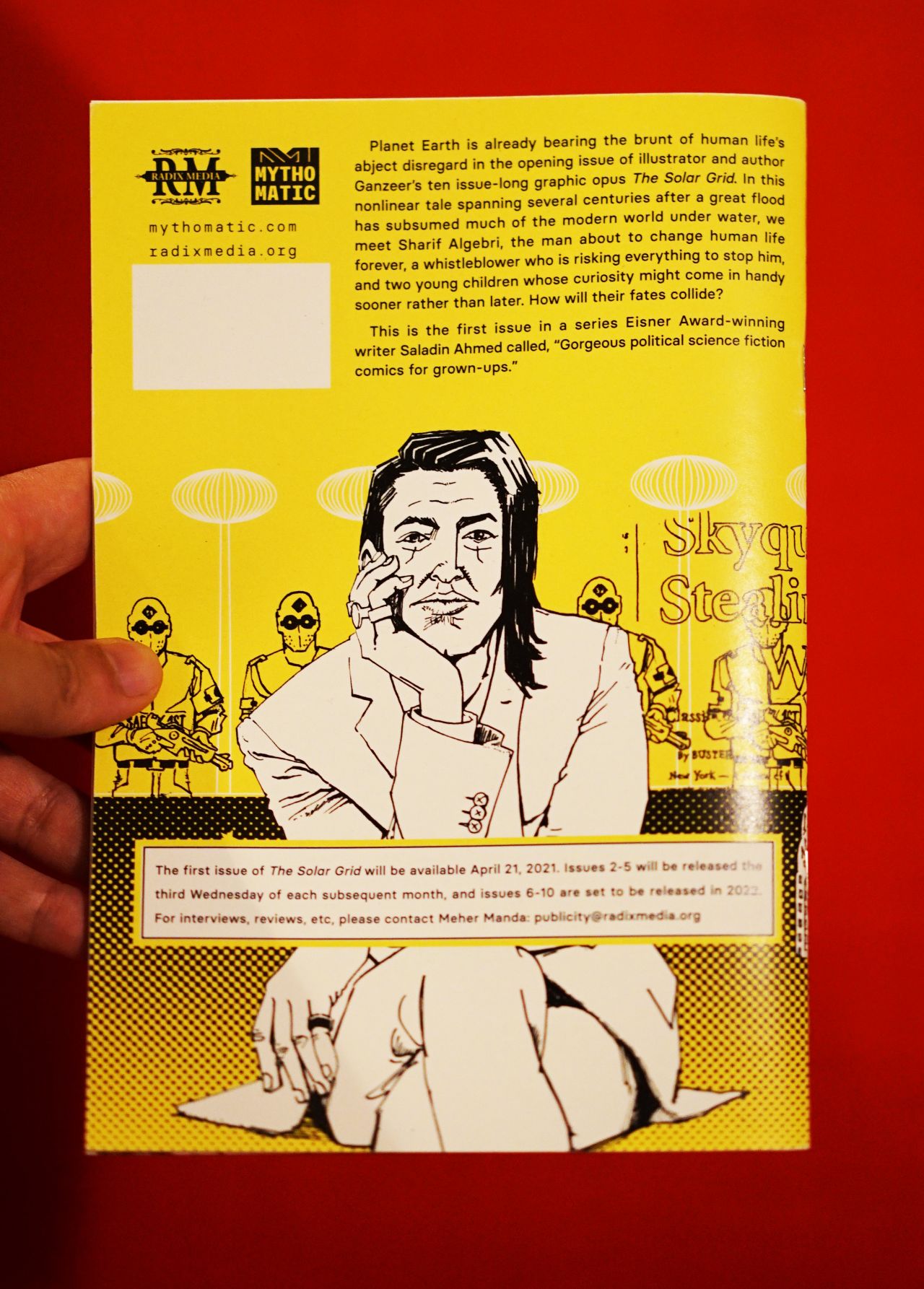 Pictured is the back-cover from the galley of THE SOLAR GRID #1, coming for the first time in print on April 21st. Now available for pre-order (and subscription!) from Radix Media.