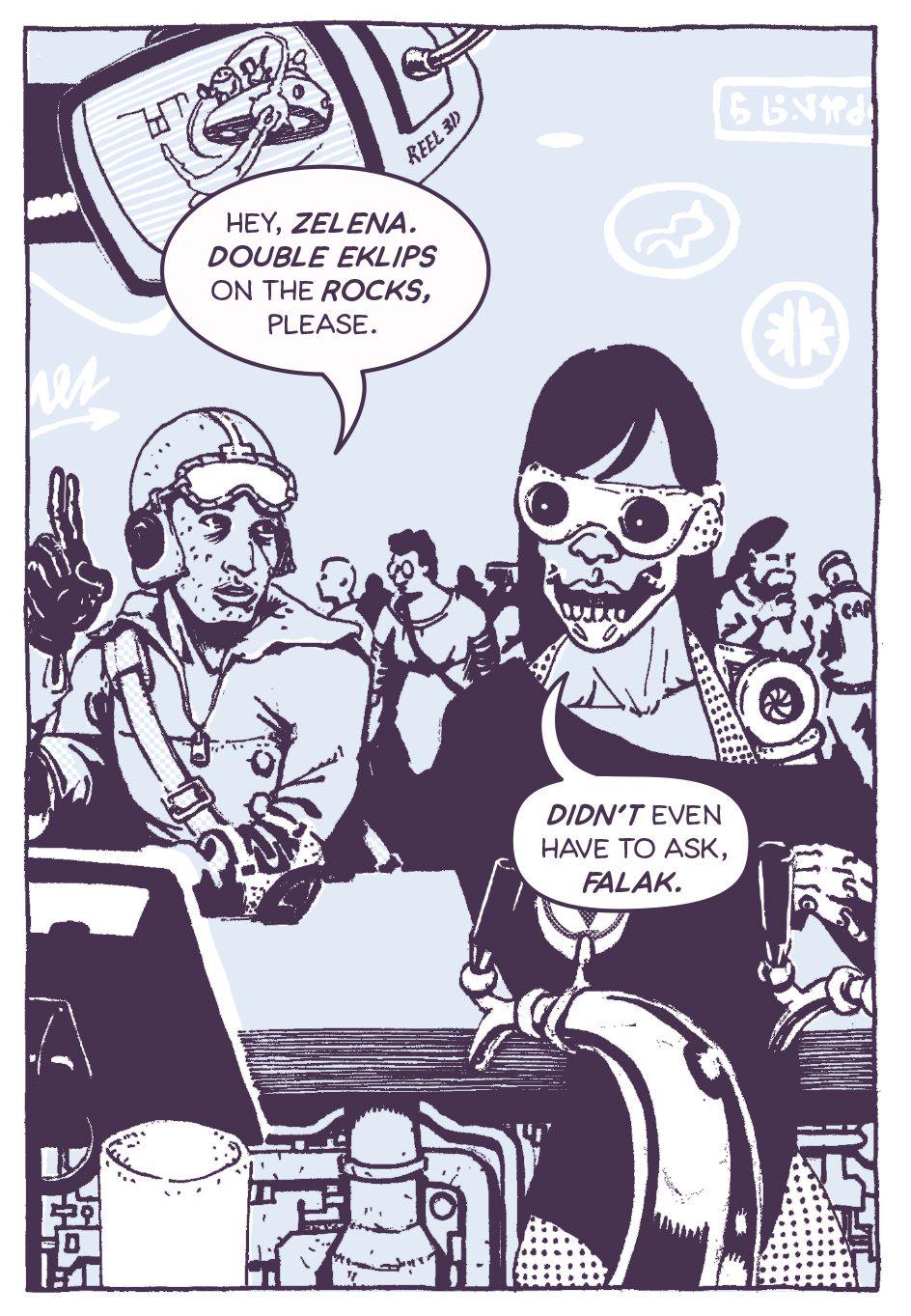 We could all probably use a double eklips on the rocks right now, it can't just be me, right?

6 days until THE SOLAR GRID #5 drops at [TheSolarGrid.net]

It's pretty much done, save for a few last minute finicky bits here and there. Reading through it this morning, I realize I may need to add just one last panel at the end of the chapter, more for mood than for “content”. Somehow it feels that one last panel will give impact to the entire thing, let it land right, avoiding the possibility of it feeling like an abrupt close. Will sit on it for a couple hours and see if I still feel the same way.

Looking forward to to treating myself to some icecream when it's actually finally done. Or maybe invent an actual double eklips on the rocks. I suppose it should probably include a little Moonshine. 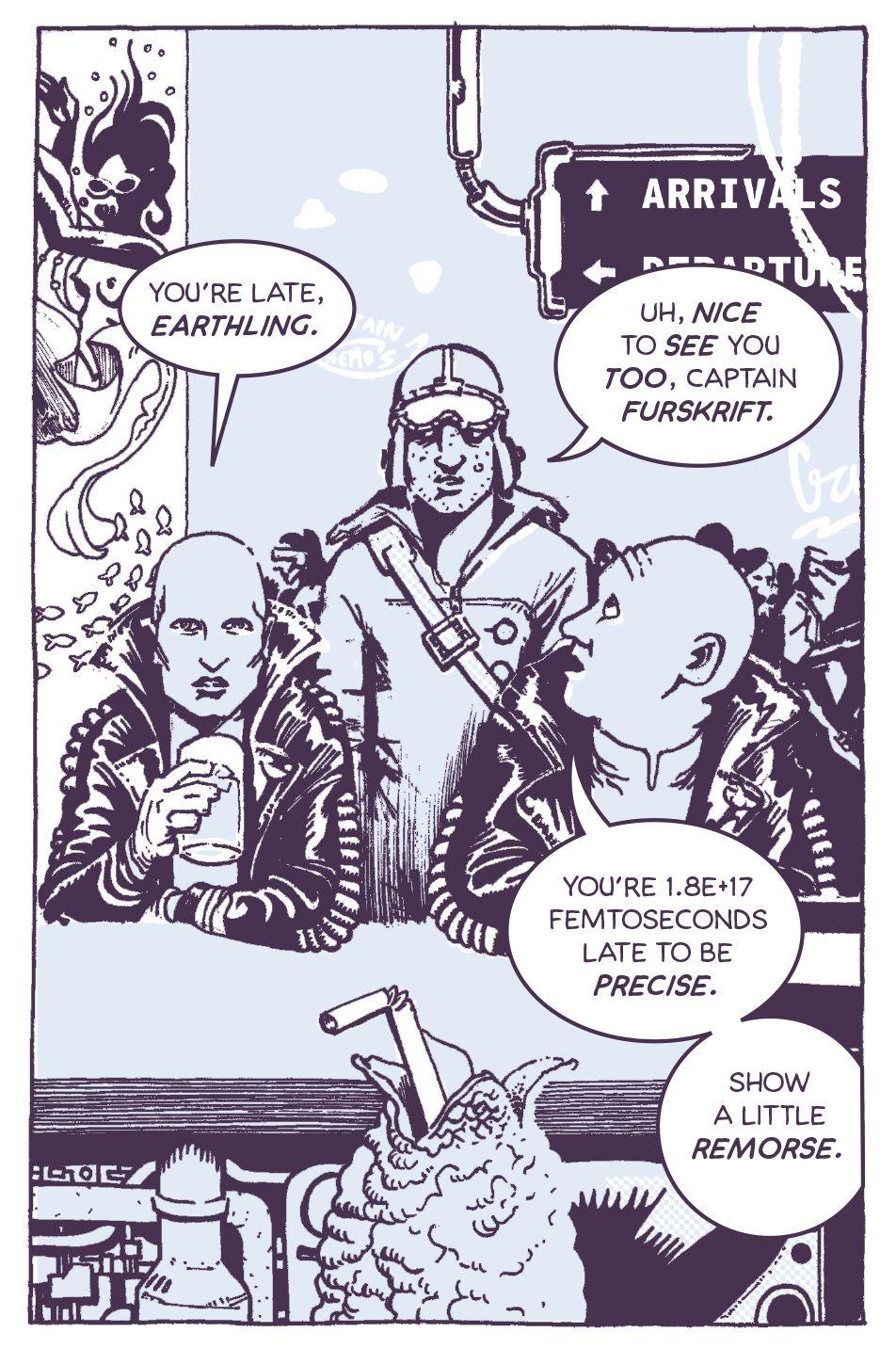 A lot has changed since releasing chapter #4. Moved to a different state, global pandemic unleashed upon the world, and the wife and I acquired a new family member, who is now napping on my desk between myself and the keyboard like an overly possessive cat. 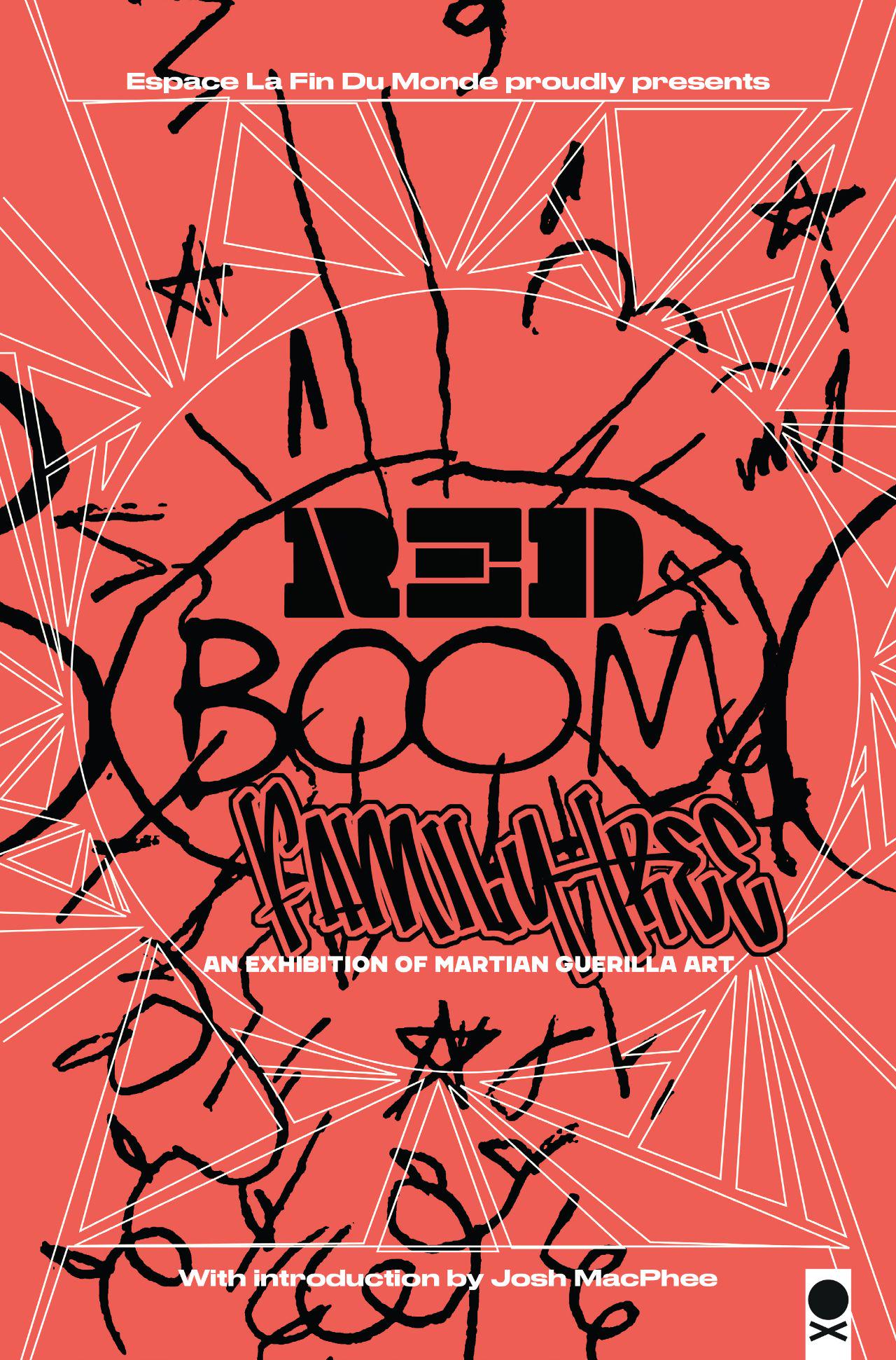 One of the things I enjoy doing with THE SOLAR GRID is invite other artists/designers/makers to contribute non-comix material to the book. Usually something that contextualizes the speculative comix madness I'm doing and adds a ton to the world-building.

Proud to sat that Chapter 5 will bring the daft authorship of Josh MacPhee to the table, with a brief essay on the history of Martian street-art!

Excited to share this chapter with everyone, which brings forth a rich tapestry of interplanetary art, politics, and science!

Coming digitally on August 19 to TheSolarGrid.net

I am awake. So I guess I'll do some lettering now.

Inbox at 186, and I haven't checked my feedcatcher in days. But I did manage to squeeze in a shave this weekend. Just my face though.

(Edit: Just noticed the date on my watch is one day behind. Crap. Okay, faster now.) 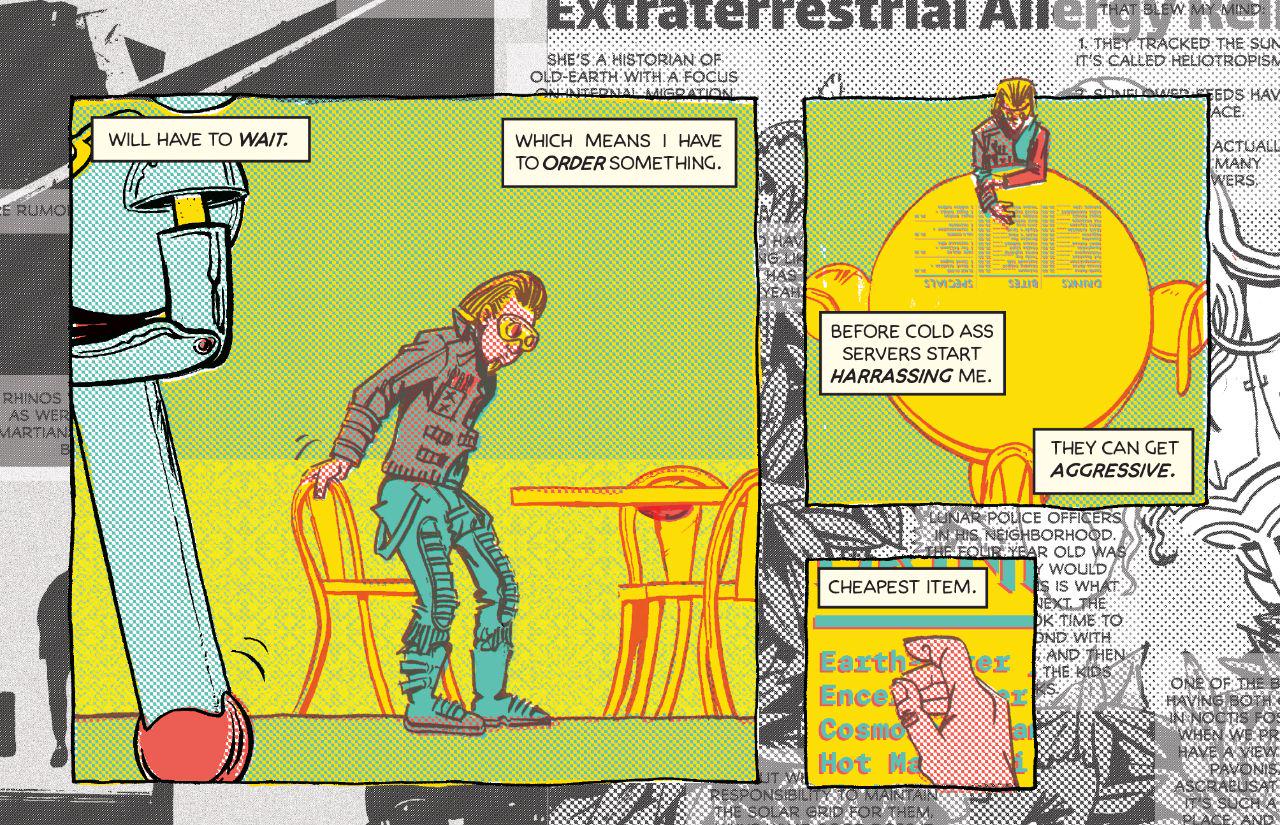 THE SOLAR GRID #5 is now 87% complete. Exclusive preview will go out to press, reviewers, and fellow makers later this month. Anybody who wants to be added to the list can totally just let me know. 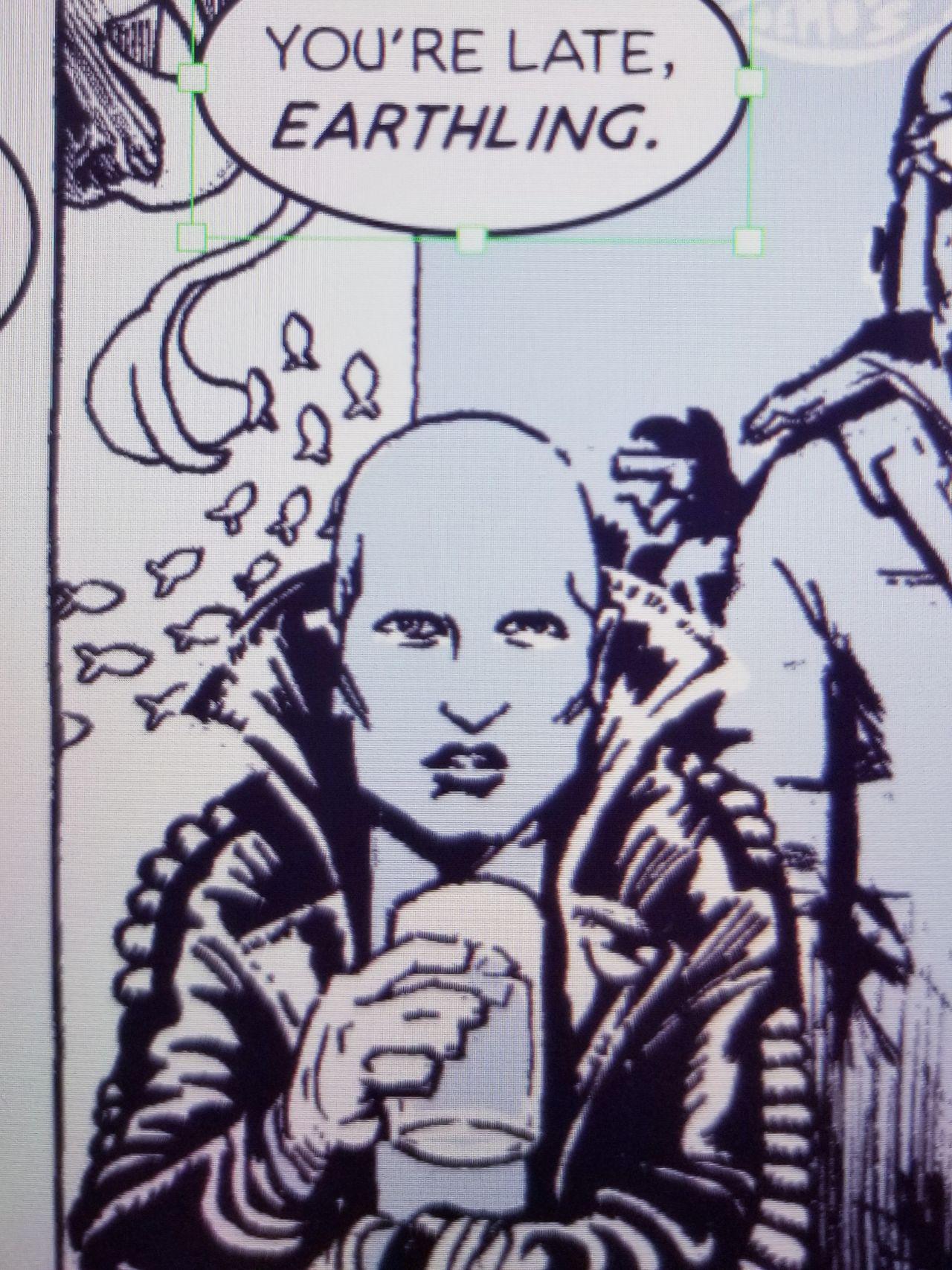 So late, but getting closer! Currently lettering, which is kept enjoyable by making the dialogue up as I go. I obviously had some idea what was being said in the drawing phase of these pages, but not in any detail and I kept it very loosely floating around in the back of my head without committing any of it to paper.

I didn't always work like this. Chapters one and two of THE SOLAR GRID I wrote full scripts for. But then I realized that only really makes sense if you're writing for someone else to draw (and letter and edit, etc.). It's not really necessary if you're doing the drawing yourself, might as well save on that scripting time. Also, from the standpoint of the craft of comix, unlike film where you can't really change the dialogue after a shoot (minor exceptions include scenes where you can't see an actor's lips), in comix you totally can! So why not save dialogue till last anyway? Seems odd to ignore a facet that is so specific to this medium.

Easier for makers who work all aspects of their comix though.

Of course, I cheat a little, because I've got the best assistant in town: 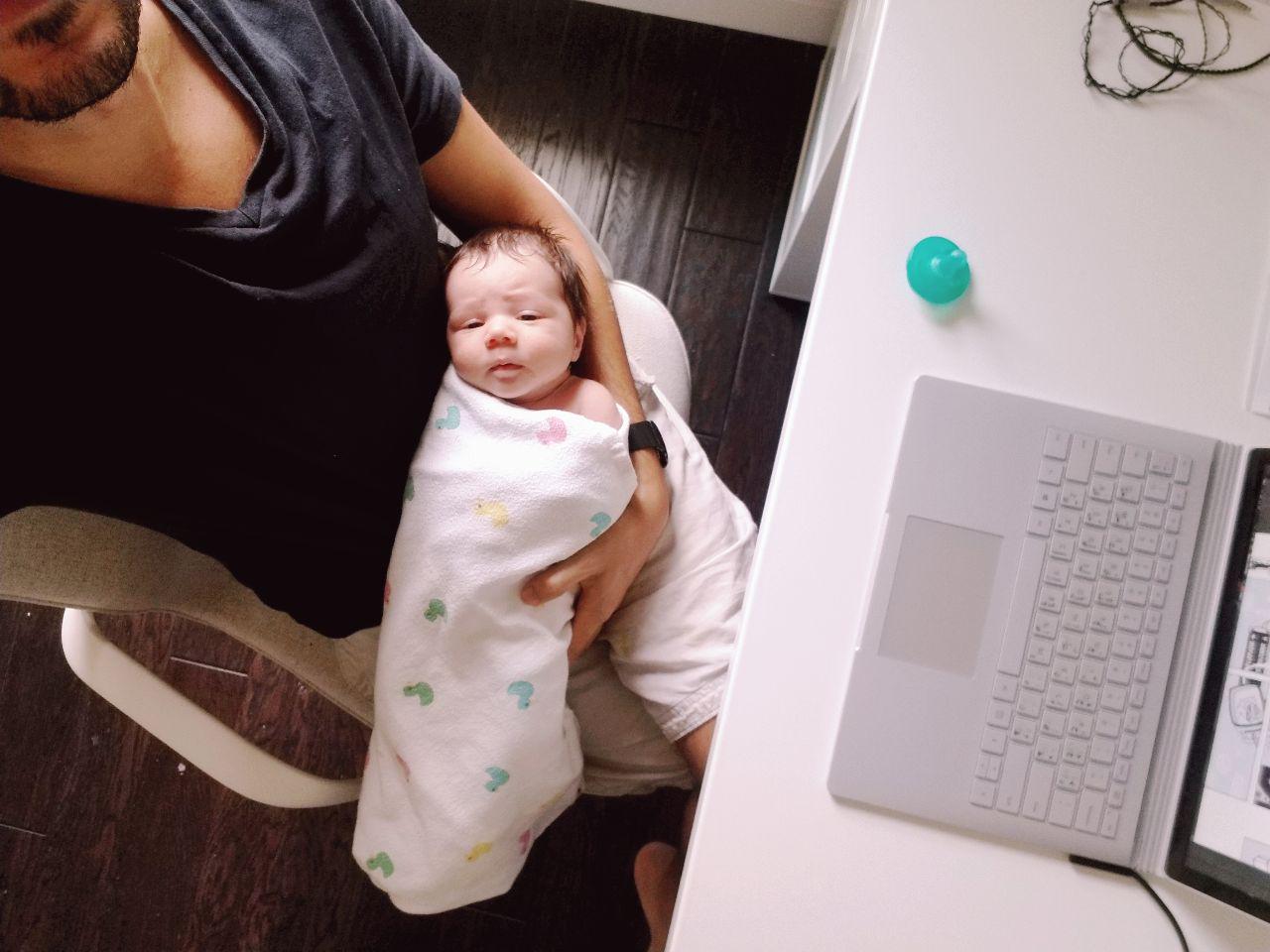 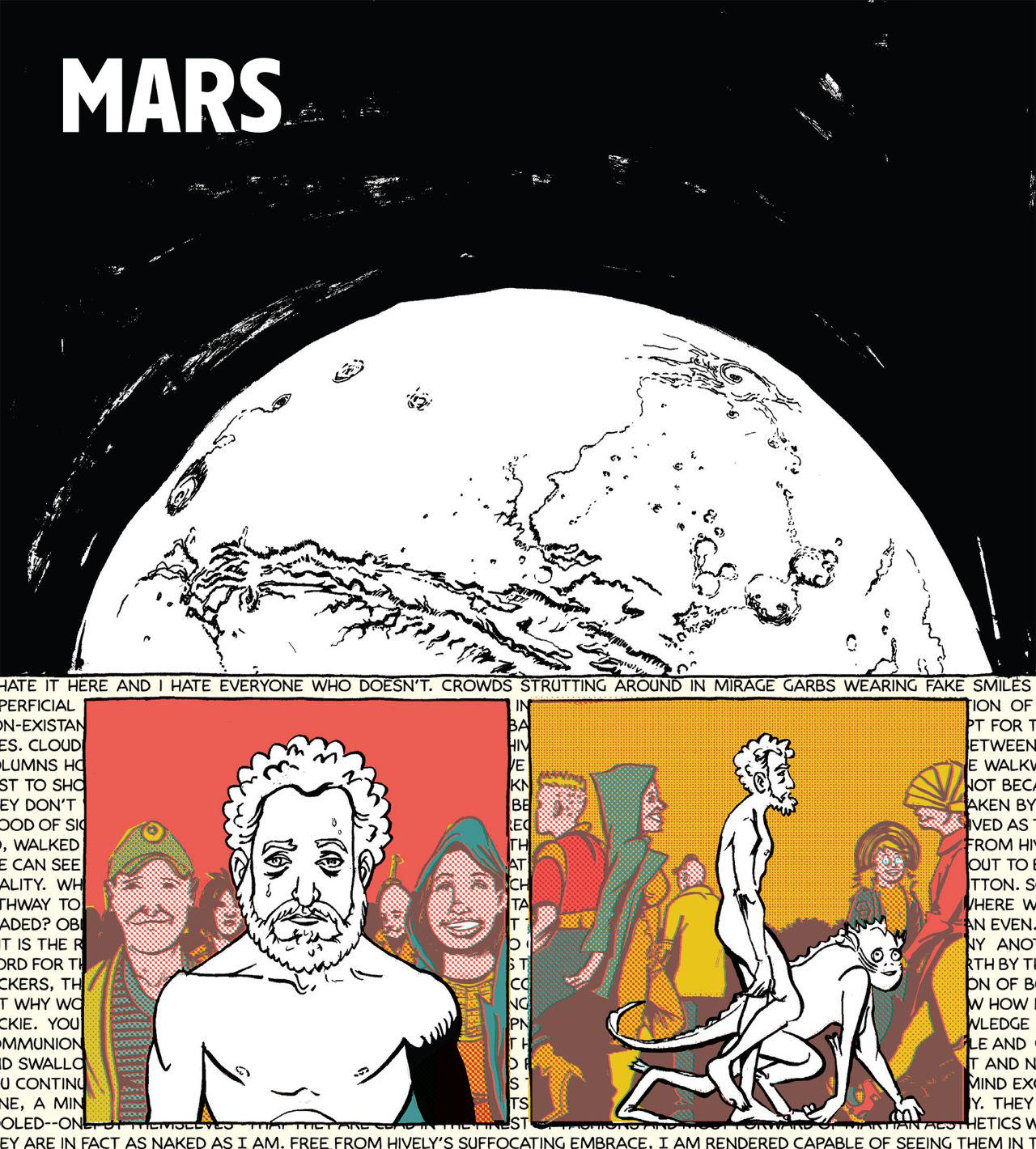 The year is 949 After the Flood, and life on Mars isn't all it's cracked up to be.

From the 5th chapter in the award-winning graphic novel THE SOLAR GRID, coming soon to TheSolarGrid.net

I used to color at a rate of about 2 pages a day, but now I'm lucky if I wrap up a single page every 2-3 days.

Look at this madness though: 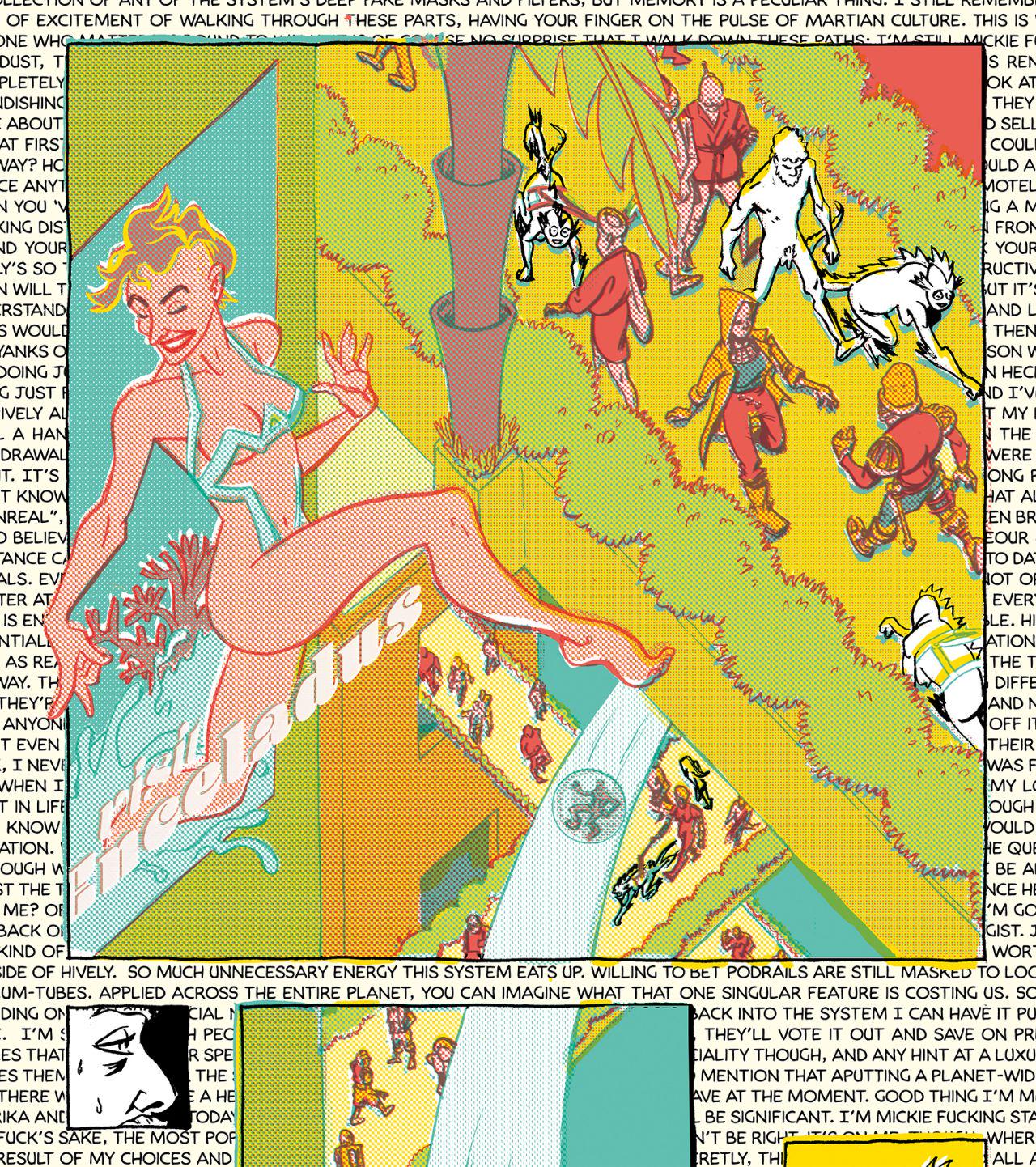 Not gonna lie, quite proud of how it's turning out, and truth be told that's a pretty rare feeling for me.

I think it was after Chapter 2 when I was contacted by someone (who is awesome) offering to act as editor on THE SOLAR GRID, an offer I had to decline only because I knew my process would bring nothing but terrible agony to this poor person. I have nothing in the way of a script (loose plot at best), my thumbs are practically unreadable by anyone other than myself, I work on my pages until literally minutes before upload... Agony, I tell you, agony!

And that was around Chapter 2, which still resembled what you'd expect out of most comix (well, to a degree). But now (Chapter 5) I'm coming up with things that look like this: 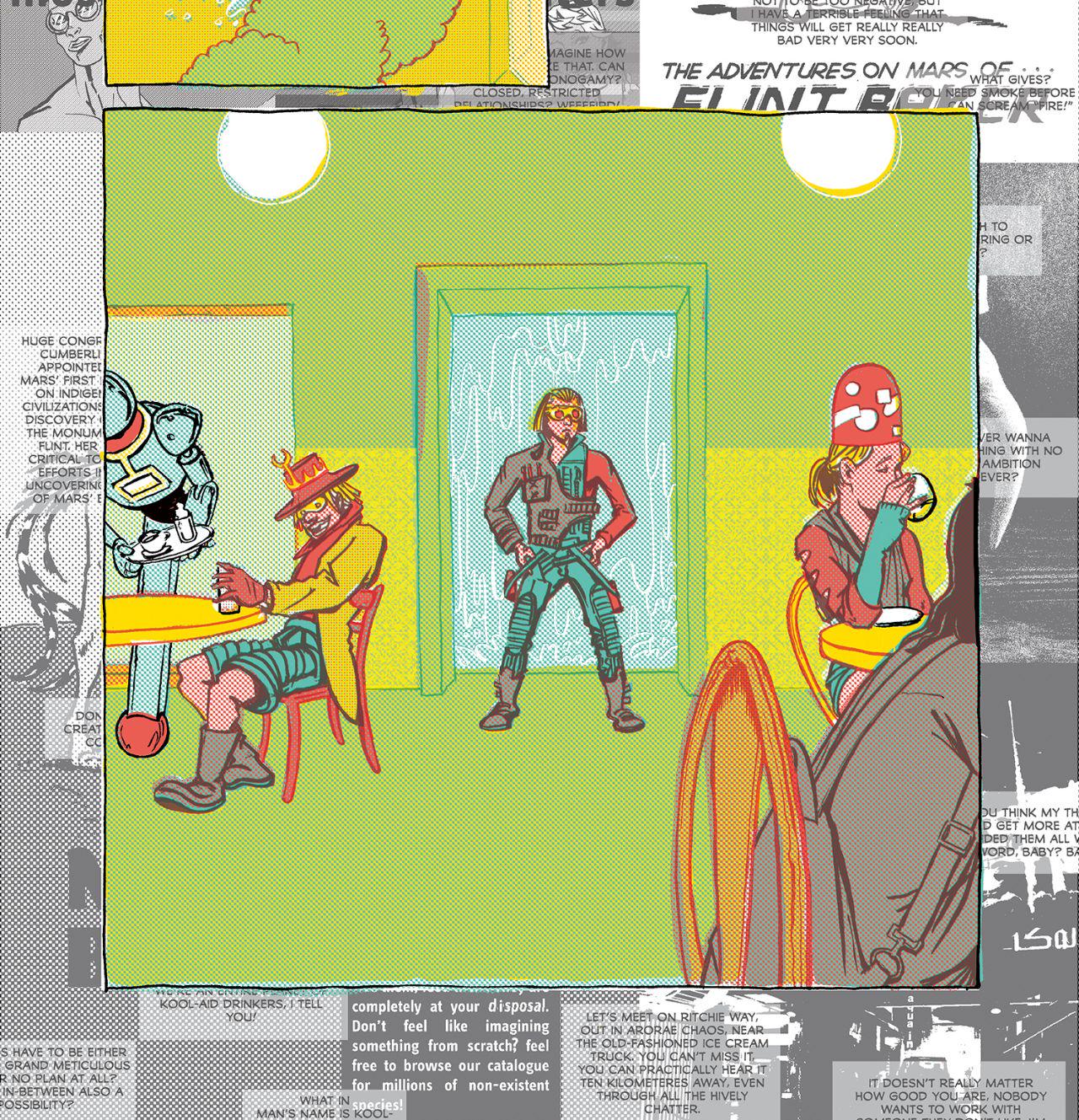 None of the text featured in the above preview includes any of the actual captions or dialogue that will finally make it into the page by the way. It's just a bunch of text I came up with in the process of creating the art. The inevitable dialogue and captions? They come later, and I have none of it scripted anywhere. It's all in my head. It only comes out during the lettering phase. I have no idea how an editor might even begin to navigate a project like this. I sure as hell know nothing like this can ever come out of the corporate assembly-line system of making comix.

Also in regards to the above pictured panel, I'm looking forward to what kind of space western vibes N Slash A will come up with for the Soundscape. Every now and again, I'll give tracks 1 and 2 a listen for just the right push to carry on with this project. I can't get over how deliciously textured those tracks have turned out.

In other news, today I bid farewell to this piece from February: 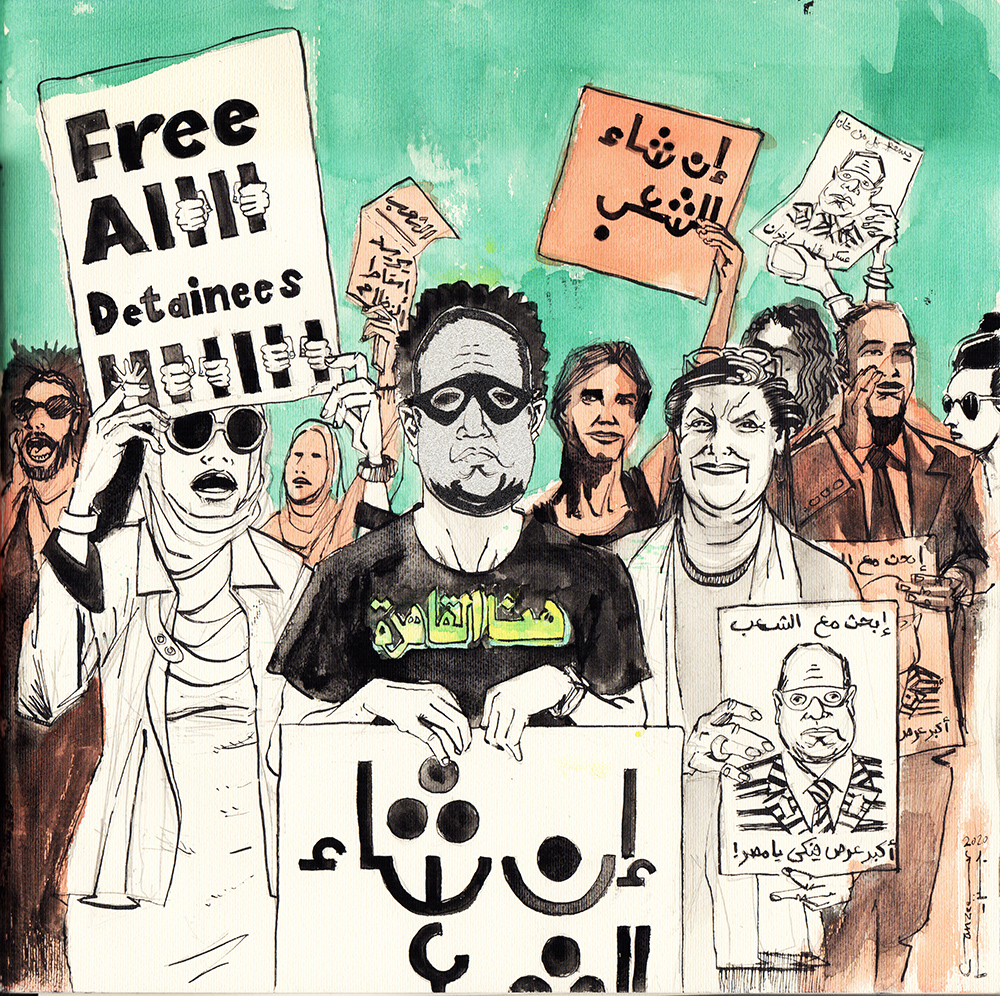 It shall be missed.

Inbox at 31. Neck could use a replacement. Awaiting newborn's arrival any day now. Local newspaper's obituary section was 43 pages yesterday. 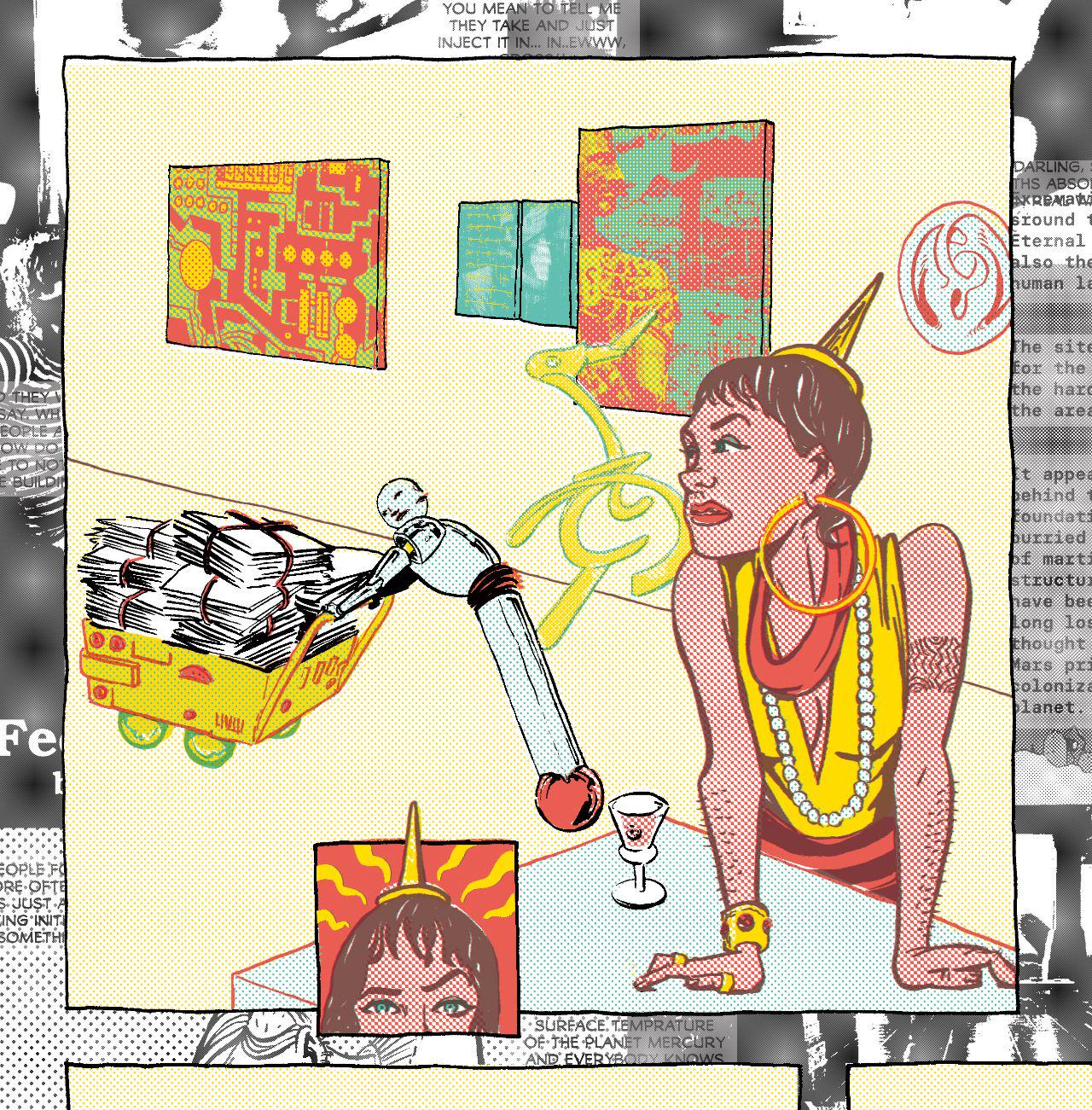 Of course I was bound to include an art gallery scene sooner or later.