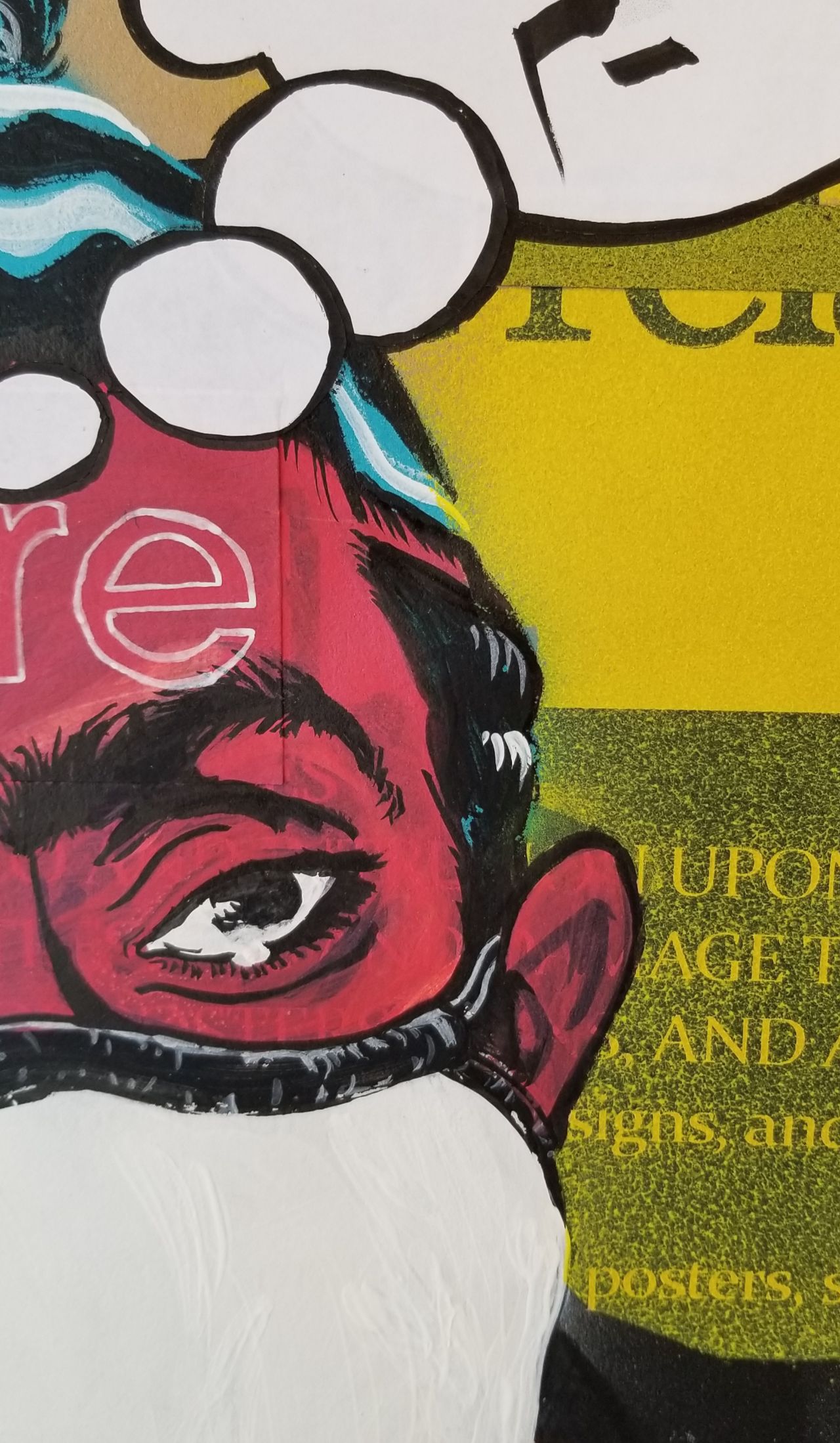 Just finished one “half” of a mixed-media diptych destined for the Arab American National Museum in Dearborn, Michigan. Aiming to finish the rest before month's end. Both are a continuation of my IMMIGRANT BLUES series, one of which is now showing at ArteEast's LEGACY TRILOGY exhibition in collaboration with Artsy. I also recently finished illustrating and designing a new cover for Radix Media's forthcoming edition of THE SOLAR GRID #1 (for which a reveal will come later). Showing now at The Media Majlis of Northwestern University in Qatar is an exhibition titled THE POWER OF PROTEST curated by Hadeel Eltayeb. Four posters of mine are included, part of my TROUBLE TRUNK acquired by Northwestern University through my pals at Booklyn. Radix Media's stock of WE ARE ALL THINGS has sold out and is slated for a second printing. I do however still have some copies in the Garage available for sale.

A virtual comix mini-fest hosted by Manhattanville College and Radix Media is taking place on March 20 for which I'll be discussing some THE SOLAR GRID process stuff.

THE SOLAR GRID #6 is trudging along slower than I would've liked (surprising no one), partially because... well, All The Things (see above) and largely because it has turned into a weird meditation on faith that has sent me down a deep and—dare I say it—wonderful rabbit hole. More on that soon.

Hoping to also get the new cover for issue #2 finished by the end of the month, although that may prove to be a tad bit ambitious. In addition to all this, there's a rather large commission on the horizon than requires some extensive planning.

Life in the 1000 mph lane is real and not for everyone. And if you're an artist/creative of any kind it requires mastering the balancing act between the cold hard world of practical planning and scheduling and hitting targets... and the fluid boundless world of mad but beautiful dreaming.