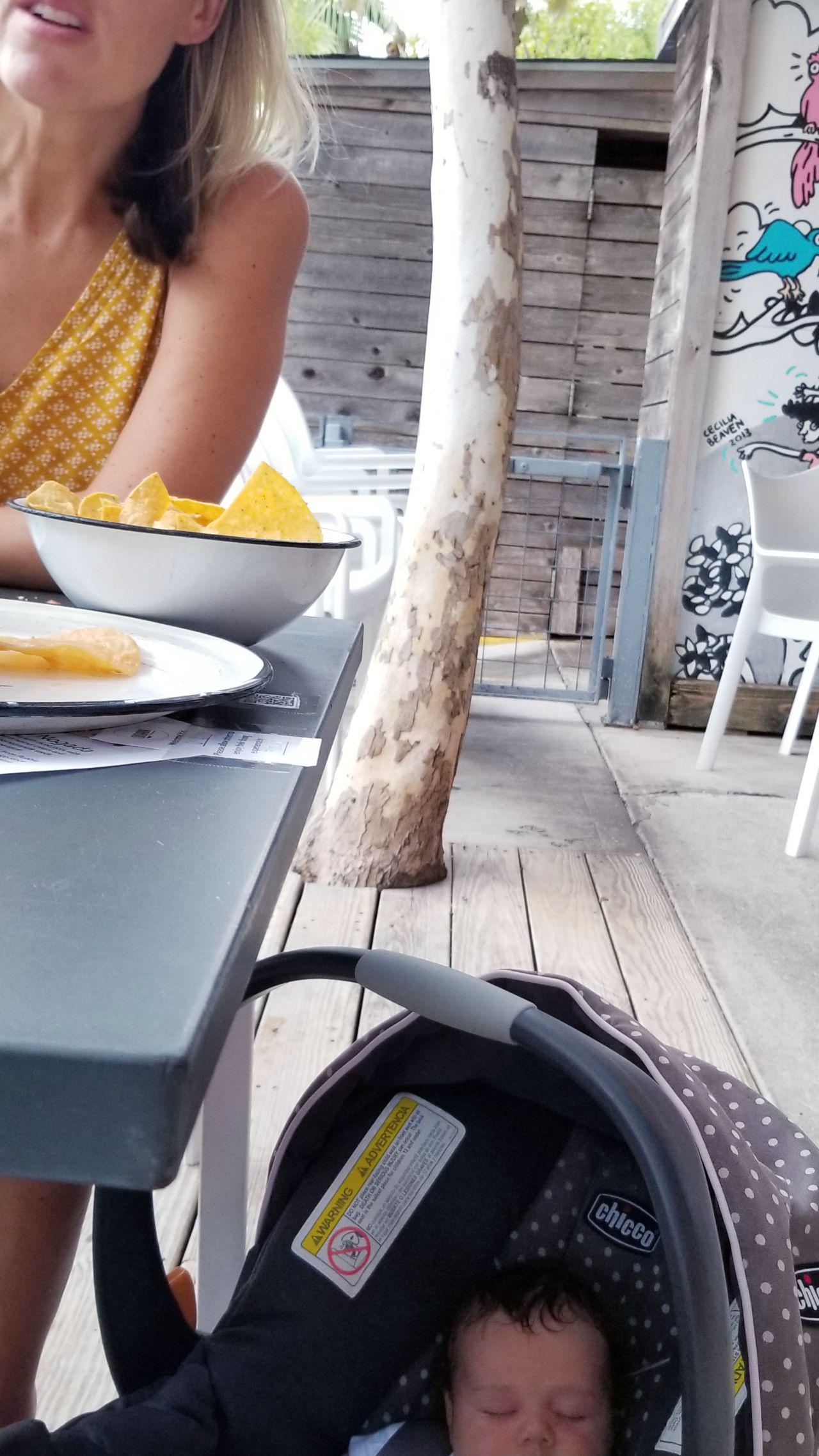 First restaurant experience since March! It wasn't even that long, maybe an hour or hour-thirty tops to make it back home in time for Moony's next feed. But man did we need it.

Next up is to re-institute some socializing practices. Still with proper precautions and social-distancing measures in place, but it's really unnatural and unhealthy (at least for me) to completely eliminate any and all social interaction with other humans for so, so long.

Over six months in with no clear end in sight, it's high time we starting devising new ways to go about living. A pause might work for a time, but not forever.

Exercise is another thing. It took me months to get into the habit of hitting the gym daily, and once I finally did it was only a monthish before Covid hit and since then my excercise regiment has been on hold. We're finally just now taking steps to building ourselves a little home gym. Had we moved on this as early as May, we would've been in much better shape both mentally and physically.

Was updating Ganzeer.com, including my comix section, and realized that the only year I put out more than one chapter of THE SOLAR GRID was 2016! And then there was literally no release in 2017, and none in 2019! Fucking shameful. Both those years did involve moving between states, but still. I do feel pretty fucking crummy about it.

With only 3 months left before the end of 2020, the year is kind of almost over already (sorry to have to break it to ya). If I can squeeze in one more THE SOLAR GRID release before year's end, I'll be happy. And if by 2021, I manage to tap into some of that 2016 energy, I should be able to pump out 3 more chapters of The Grid, which would finally bring the graphic novel to a close.

Other than that, I'd be happy if I did nothing else but take on a couple of installations and unloaded a painting... or three.

Oh, but I actually have another wicked book with Colla in the works. And may put together one single-edition artist book of my own.

We'll see. Don't wanna bite more than I can chew.

But who am I kidding?