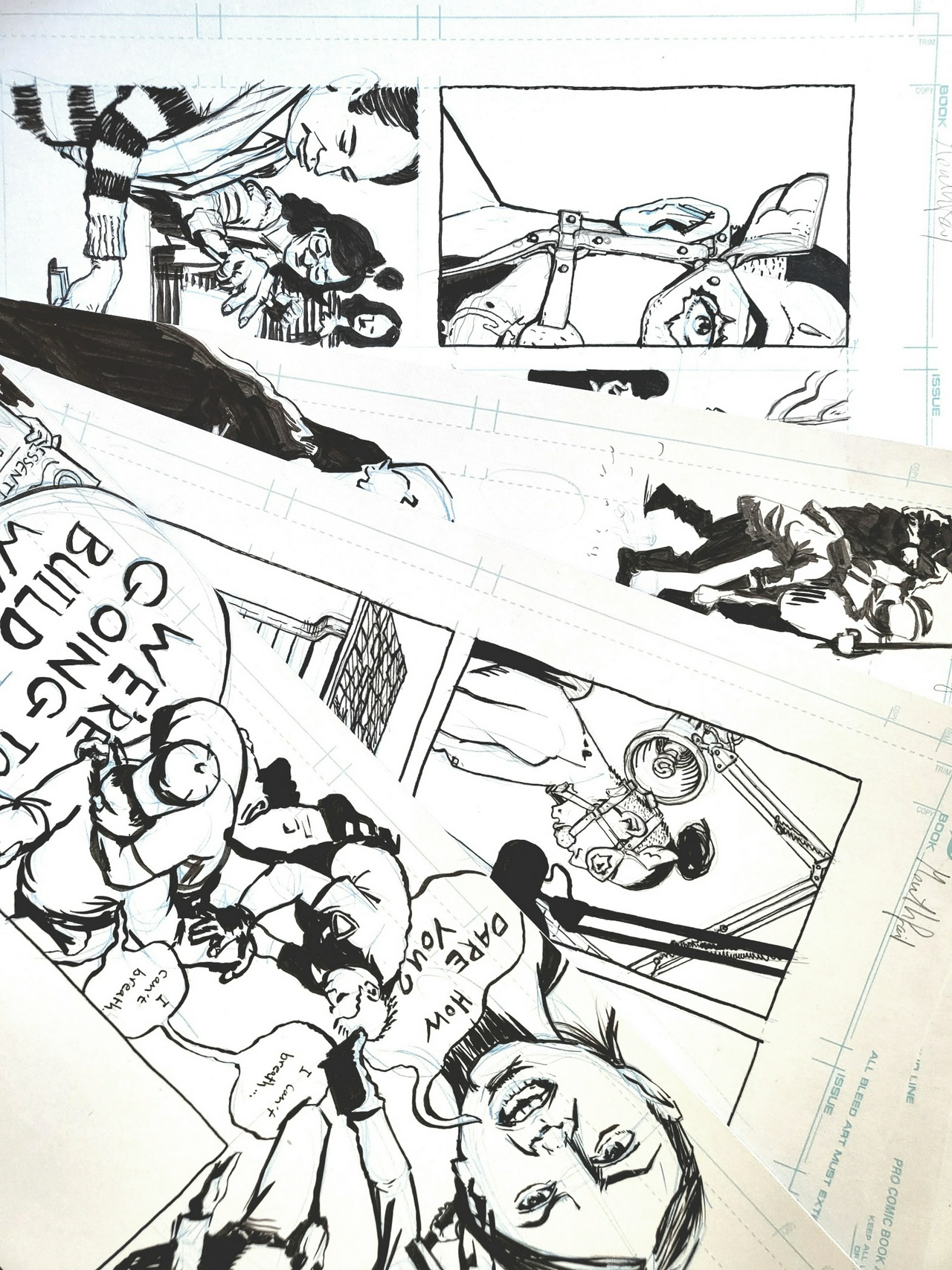 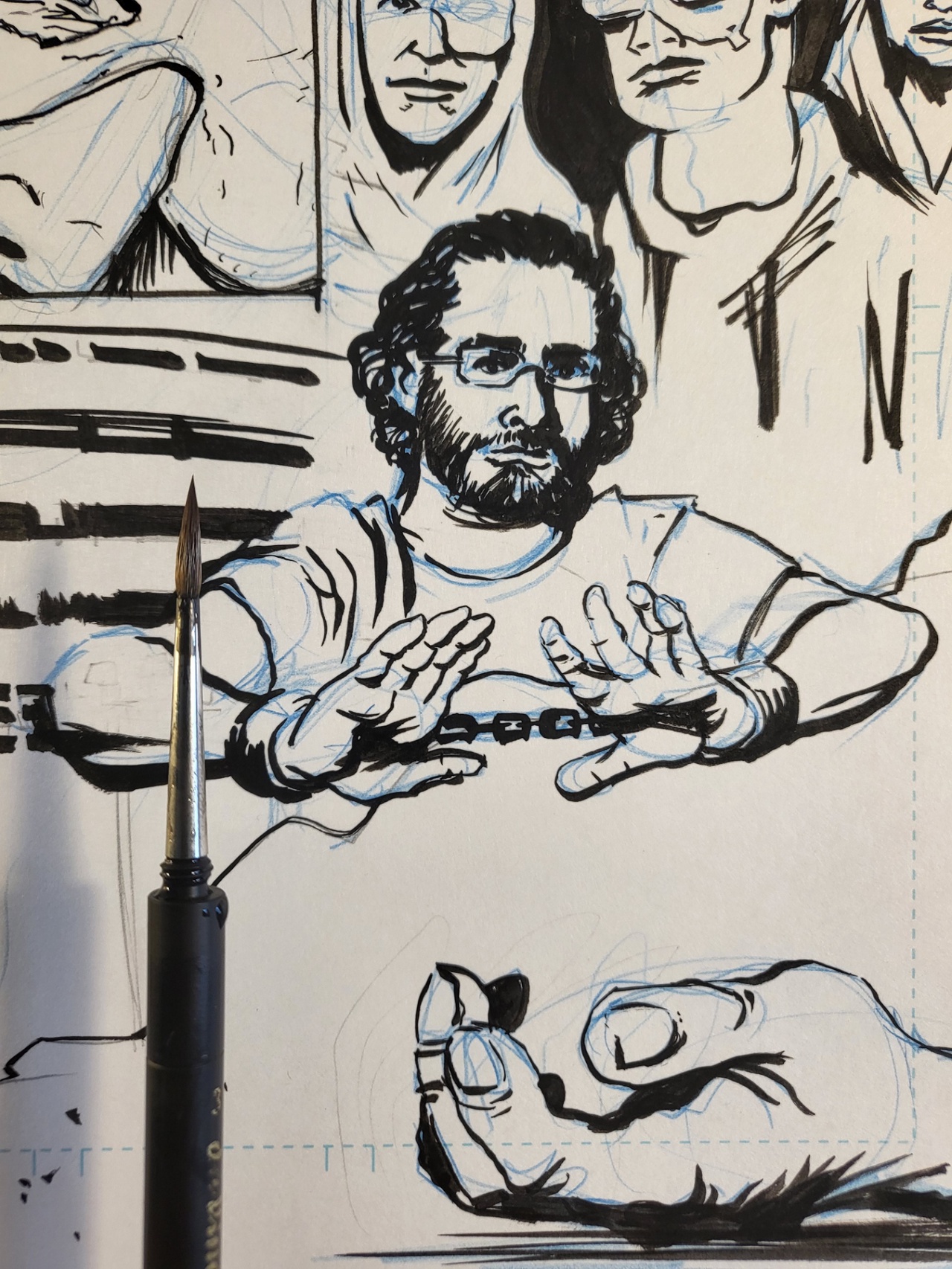 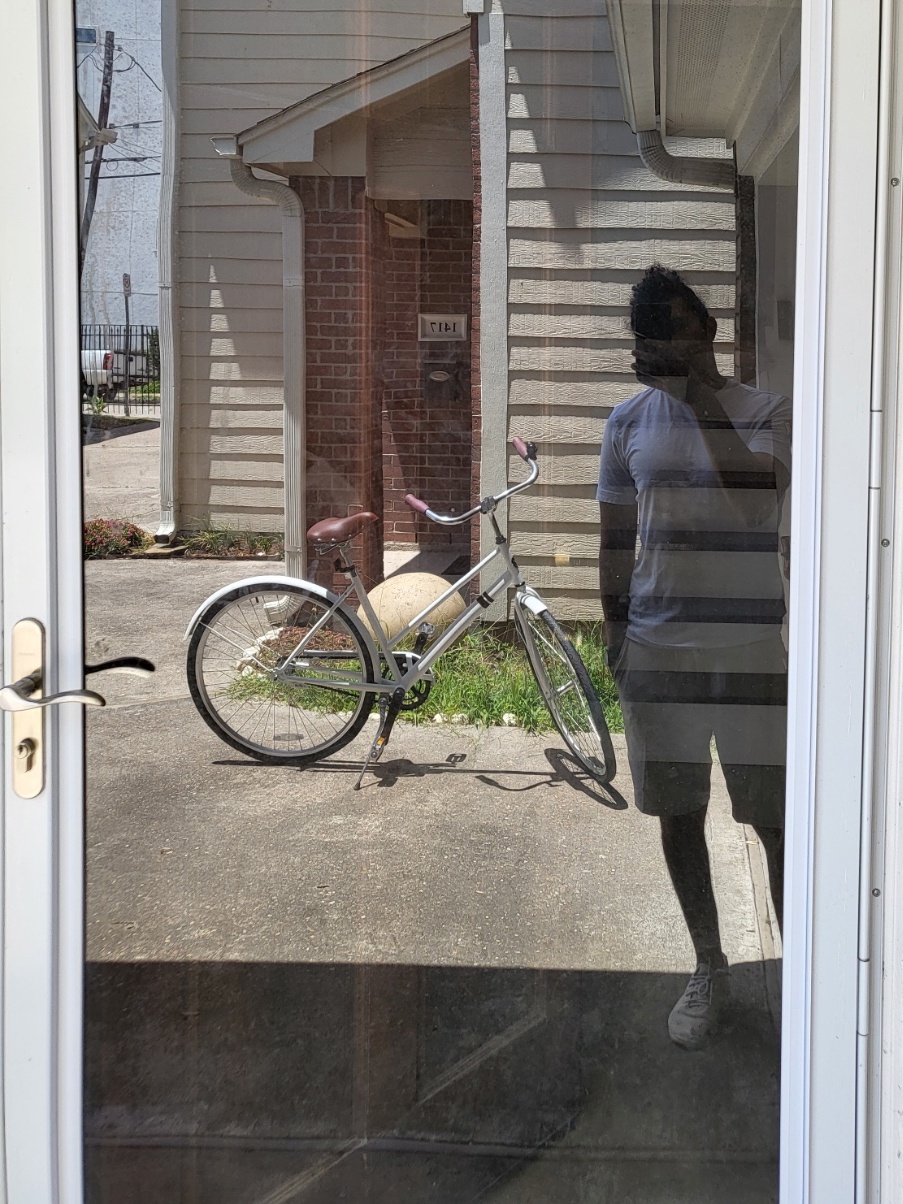 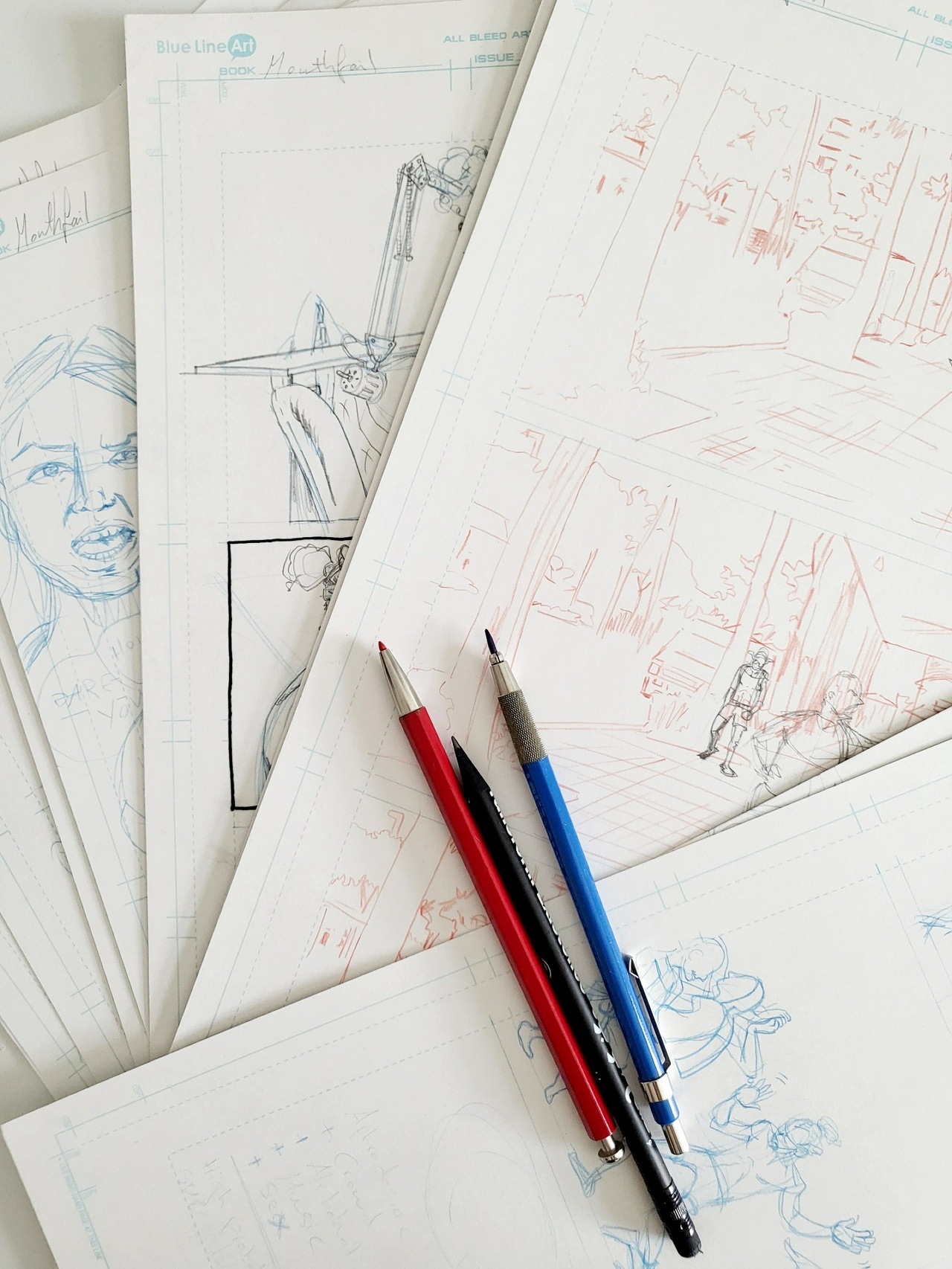 Start at 8:00am, end by 9:00pm. The time in between is spent drawing pages and little else more because my lost pages have been retrieved and I am now playing catch up. And although each day ends with a couple of pages penciled in, I find myself retiring to bed feeling frustrated because I know I still have quite a few pages ahead of me and still the entire lot to ink, and I'm so terribly behind schedule.

This is for a 14-page comix-essay thing (an essay told in comix format), which I'm now wishing I would've condensed into fewer pages, because working on it means time away from THE SOLAR GRID which I am also terribly behind on.

When you're behind, you find yourself working round the clock and never being satisfied with your output because no matter what you produce, you will still be behind schedule. It's an awful anxiety-ridden situation to be in and the only remedy in my mind is to develop better assessment abilities of how much time making something will require, in addition to accounting for potential mishaps/illnesses/special-circumstances that could delay production, and design your deadlines as such. Yet, I still plan everything according to best case scenarios which is wrong.

Also, one must account for doing other things. Ideally, you shouldn't have to spend your entire day at the drawing table (or writing table/computer desk/etc.). You want your day to be a good mix of work/exercise/reading/cooking/socializing, so best plan your deadlines with the idea of having only a handful of work-hours per day and definitely take weekends off. Be very vigilant about that.

Wife and kid in Mexico City for the summer. She made plans with the idea that I might be able to work remotely, which generally speaking is true (after all, this comix essay doesn't require me to be in Houston), but I do need my setup to be able to do what I do. Things like: drafting table, scanner, and all my tools and paperboards. But my plan is to catch up with them next month in time for my son's birthday. In the meantime, I have this comix essay to finish before Oslo which I still have to prepare a presentation for. 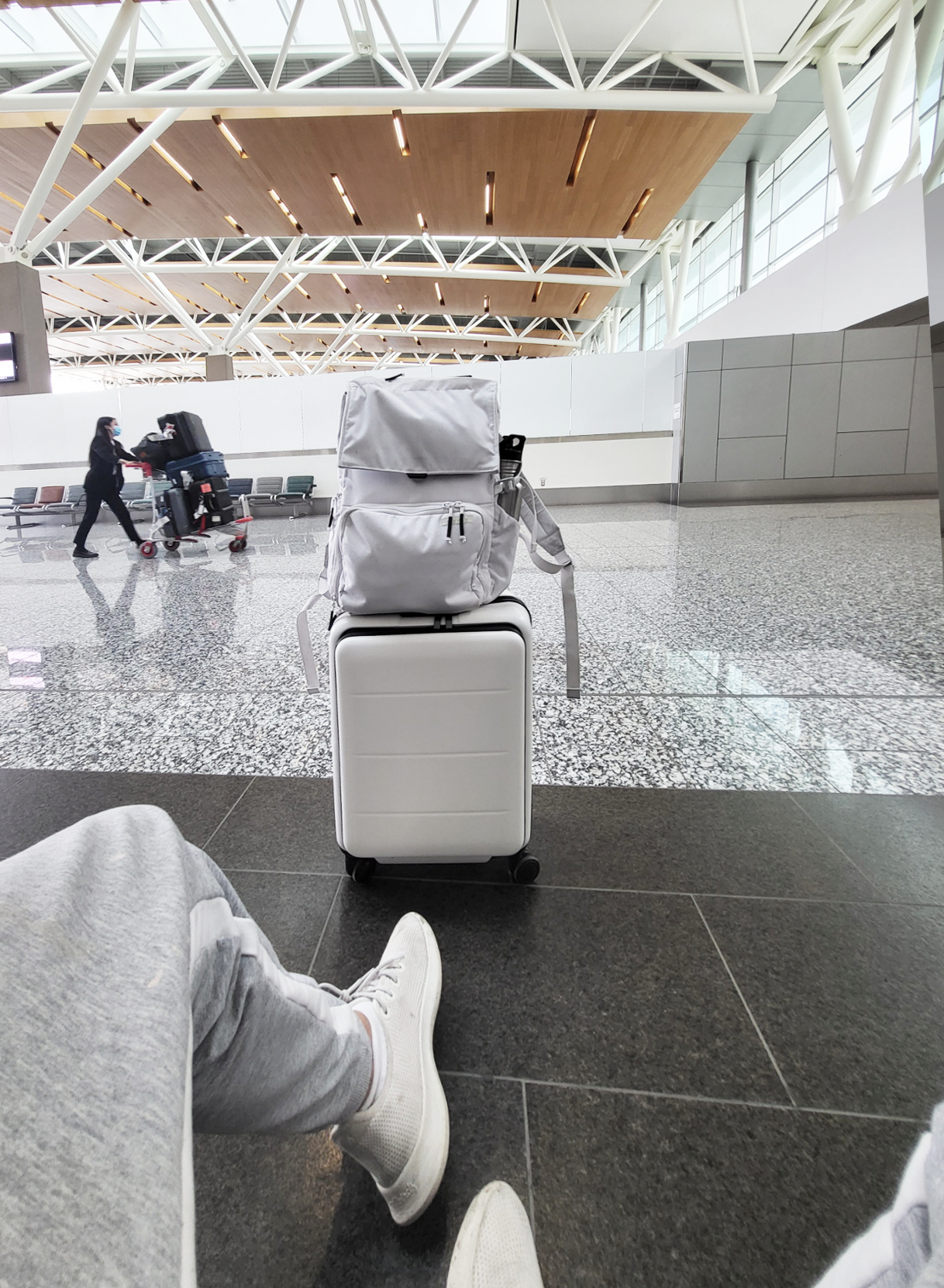 I won't get deep into the details because I'm not big on ranting, but it is worthy to relay that the day started at 5 in the morning with plans to arrive at our final destination at 3:00pm, which actually would've been 5:00pm our time so all in all a 12-hour ordeal. But no, we only made it by midnight so more like 2:00am our time, and did so missing our checked luggage.

Because I'm not at a point where I can take a week-long trip away from work right now, I decided to bring my work with me; namely a handful of penciled comix-essay pages I've been working on for an exhibition catalogue, and those pages being 11”x17” and kept safely in a sturdy portfolio of larger size, didn't quite fit in my carry-on and so into the checked luggage they went (and I sweeear I felt something bad was destined to happen right then and there).

So yes here I am all super prepped with my special portable Da Vinci kolinsky sable brushes, my Saiboku Aya Ink Stick, my porcelain ink stone, in addition to an assortment of fountain pens acquired specifically for inking on the move, but without the pages all said tools were supposed to be used on, pages that are at least a week's worth of work onto themselves.

I stare at all these tools and silently eat all the words I might've ever said against working digitally.

Keeping my fingers crossed that lost luggage may be found and returned before the end of our trip, because otherwise I'ma have to pencil aaall those pages all over again, and there's nothing I hate more in this world than backtracking. 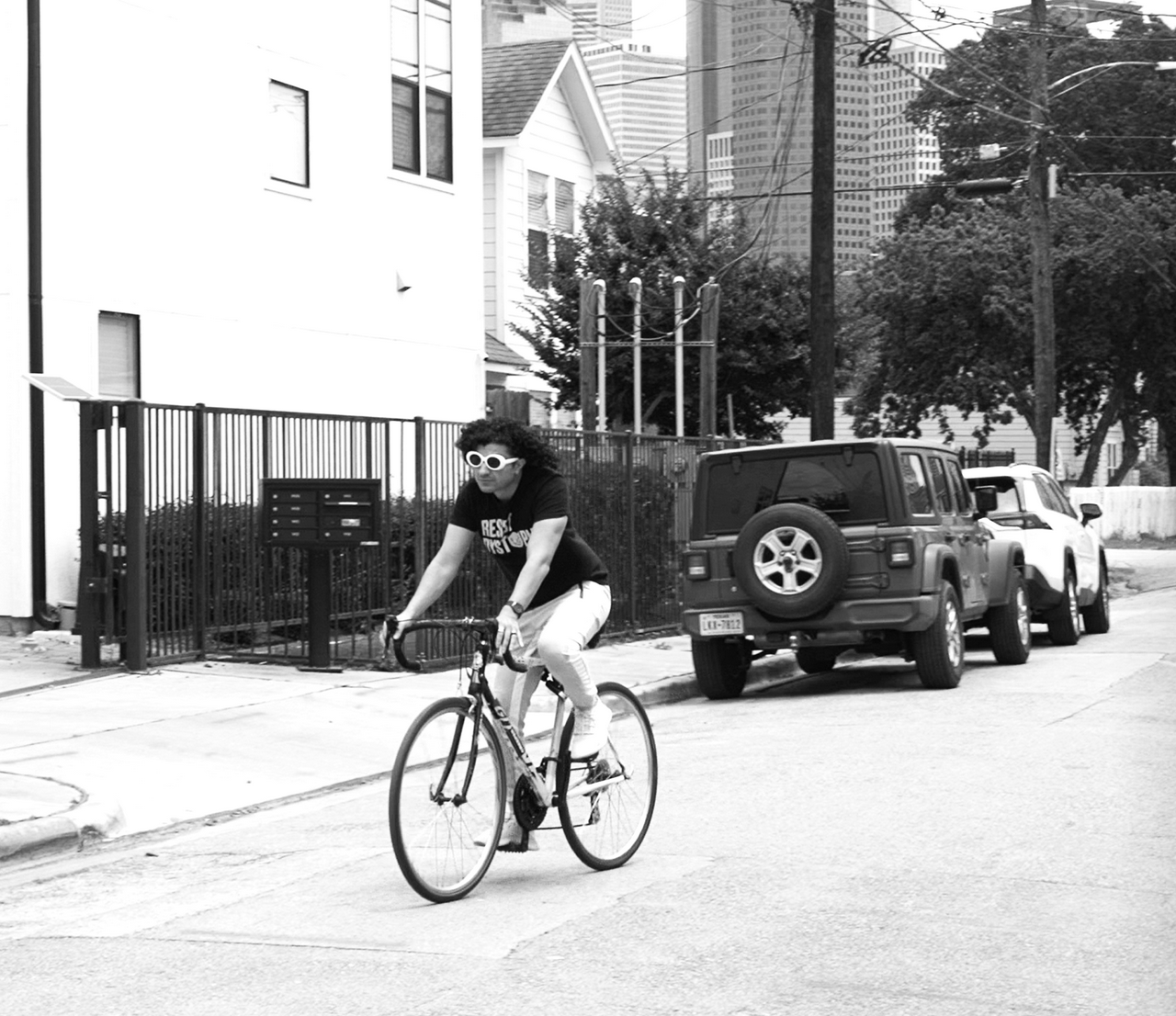 After 12 outrageous years together, it saddens me to report that my beautiful bike has finally gone and gotten herself stolen.

Entirely my fault, I realize, for keeping her unlocked and unattended for a handful of minutes JUST OUTSIDE MY FRONT DOOR!

I am sorry, oh beautiful resilient one. You will be missed terribly. 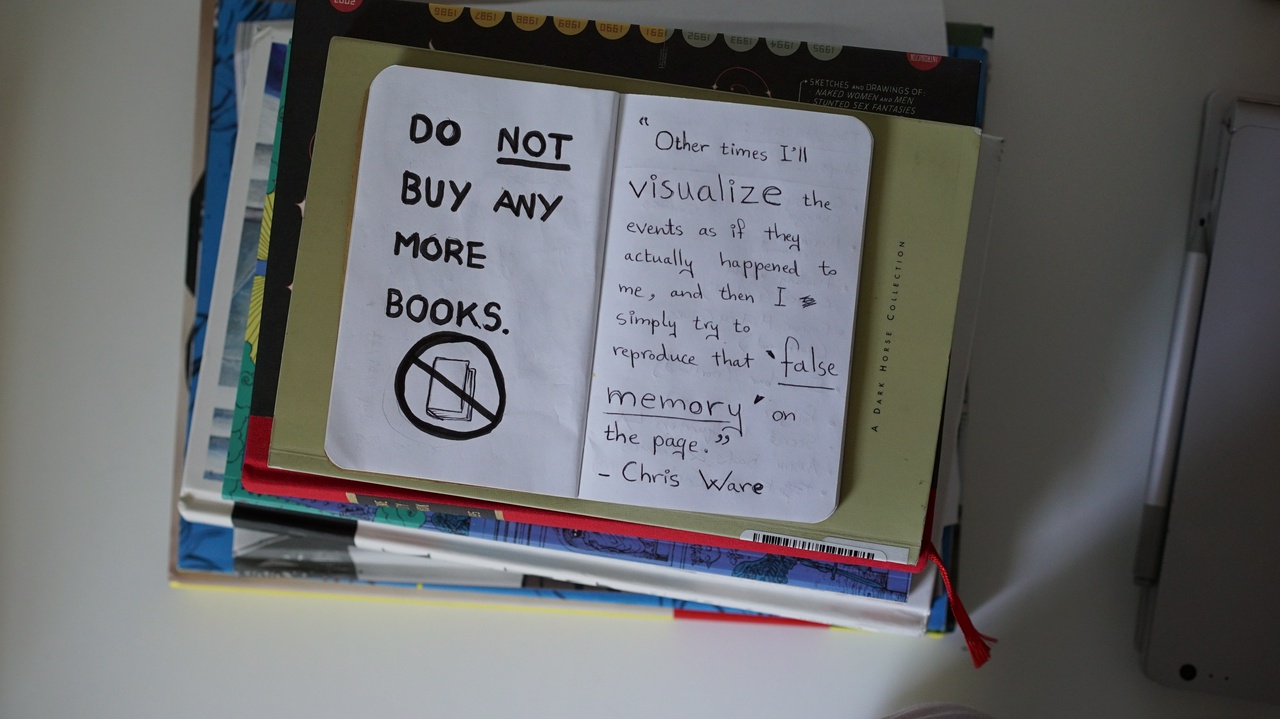 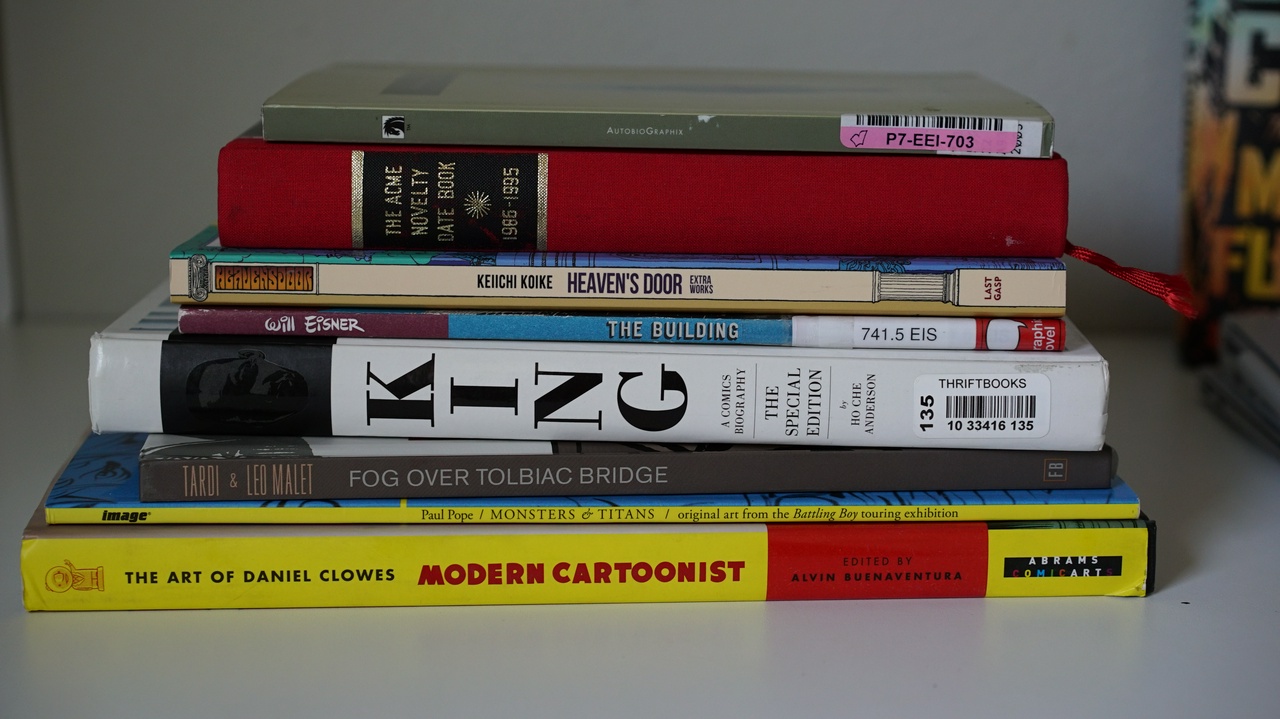 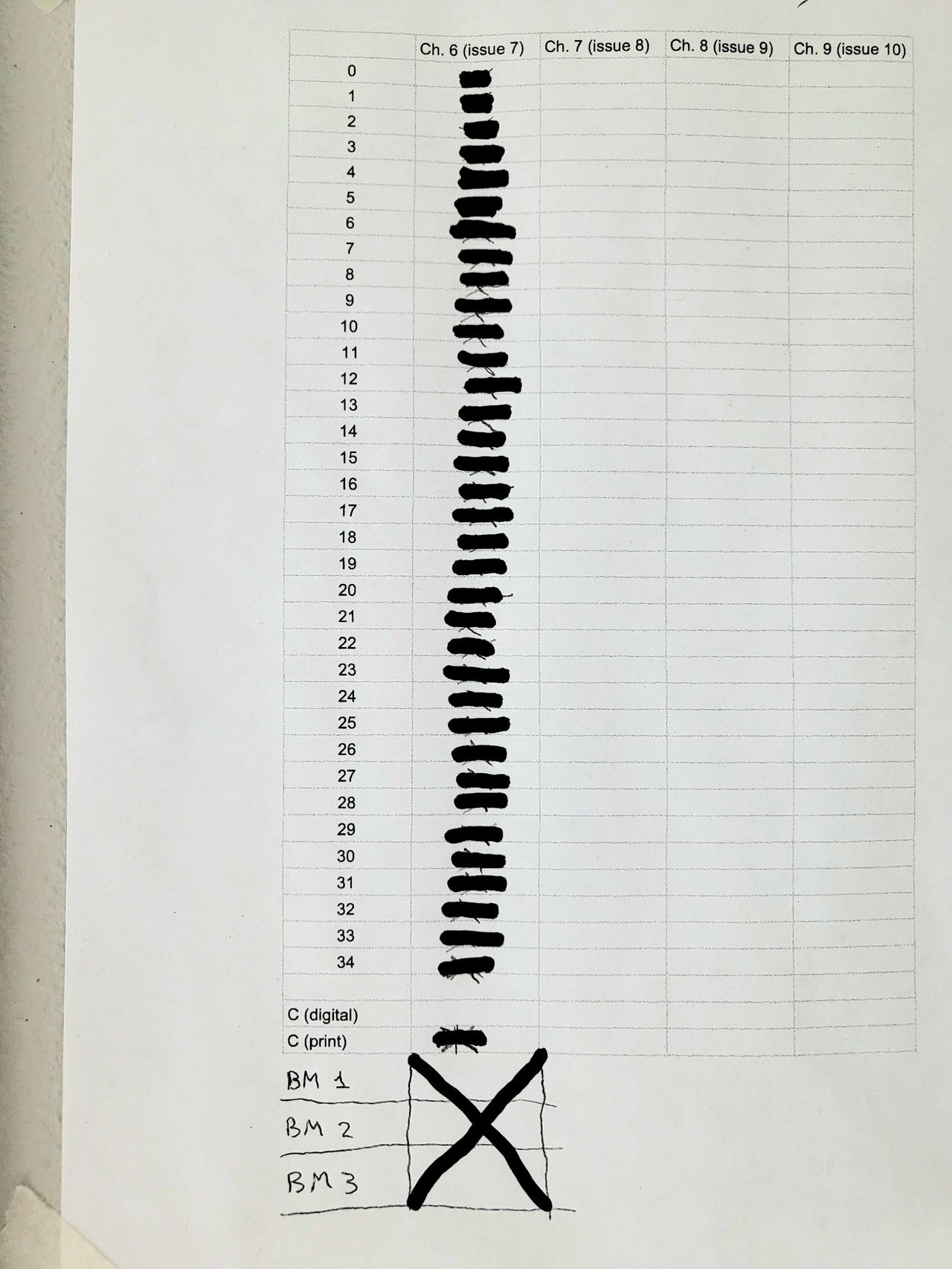 Notice how it is blank next to where it says “C (digital)”. That is the cover for the digital edition, which I approach differently to print editions for good reason.

Where I added “BM” slots at the very bottom? That's “Backmatter” which I realized I hadn't made much space for on my chart. I have it indicated as 3 pages there, but they actually ran to 9! All finished though. So yeah, this chapter runs quite long. I don't imagine the next three will need to run as long. 🤞

Saw Gaiman speak last night, part of a book tour apparently. Not sure I know of any other author who can fill a sizable auditorium with a paying audience for what is ostensibly a book promotion event. To Gaiman's credit though, he didn't read exclusively from his book, but read other stuff as well; a couple never published poems. He also includes little anecdotes and life stories between each reading. The entire event was 2 hours, Gaiman standing, never sitting, and never even moving around the stage. To be stationary for two solid hours, and do nothing but talk at a dimly lit crowd of some, I dunno, 2500 people and manage to be captivating, insightful, charming, and also damn funny the entire time is an immensely admirable feat. Again, I can't think of a single other author capable of pulling it off.

He even read a Batman poem. 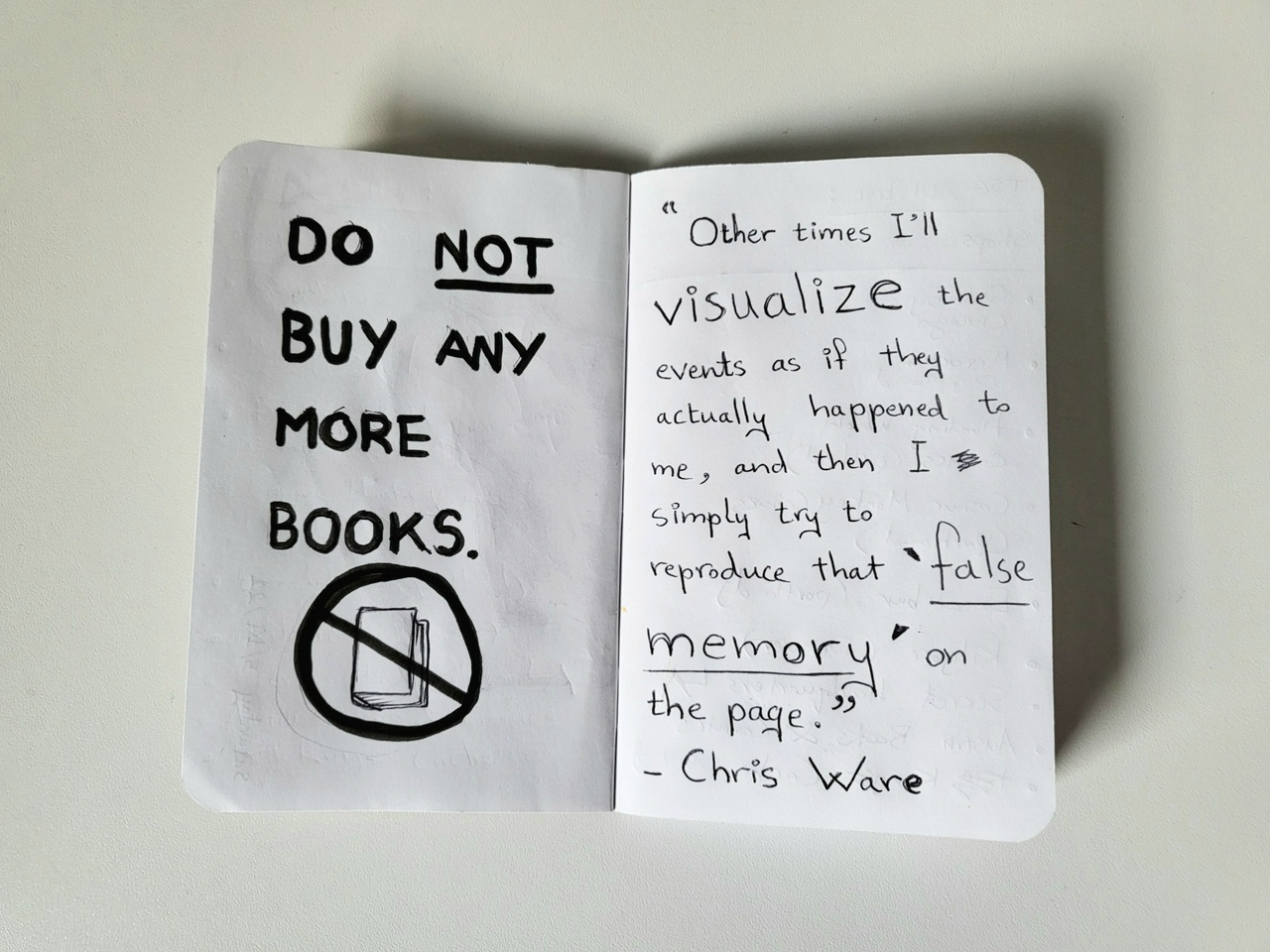 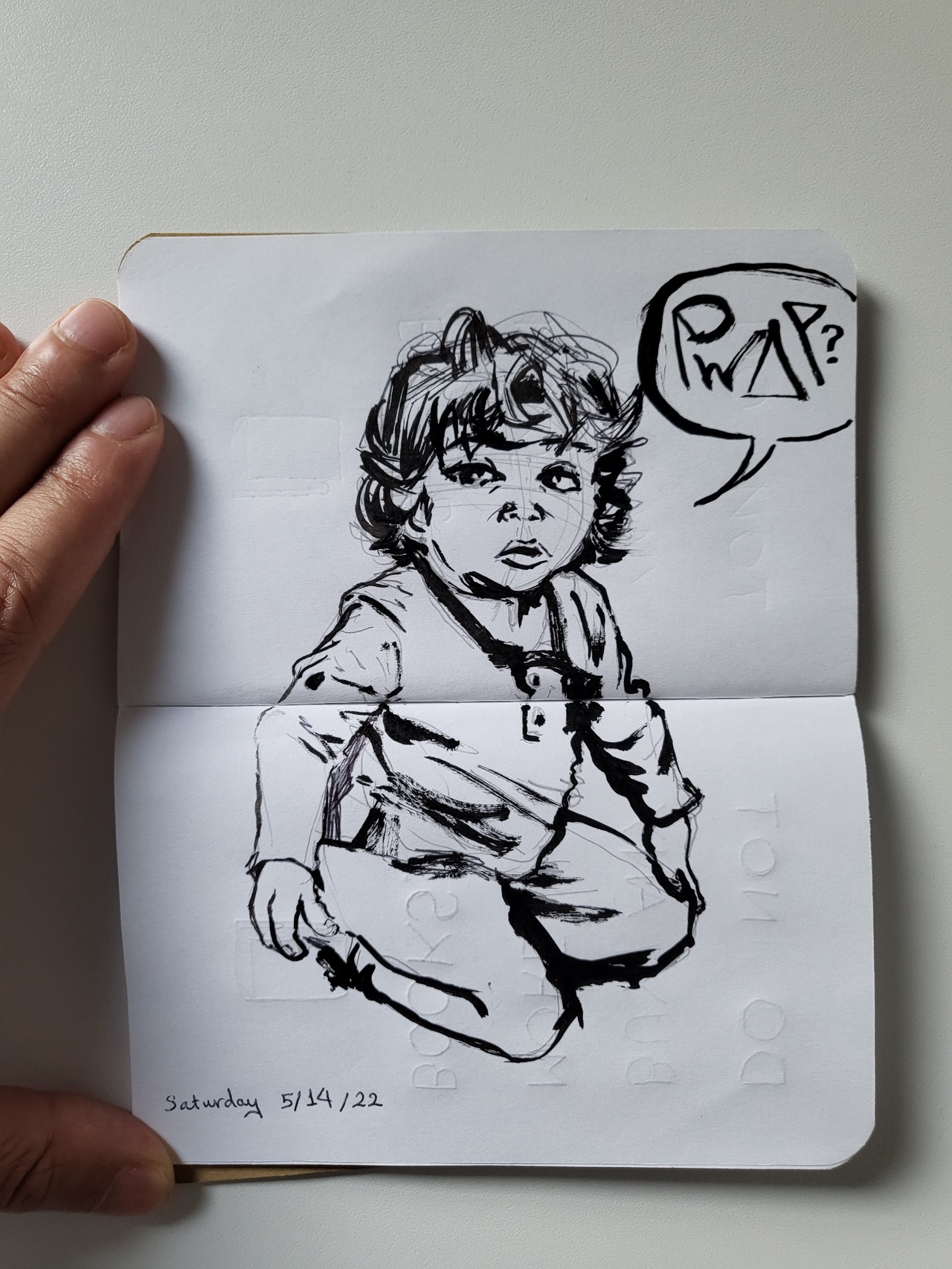 Have entered into the nether realm of post-exhaustion where one is more or less sleepwalking through their waking hours but without the sleep. Just mindlessly operating on auto-pilot through days that blend into one another in a surreal collage of child playing/feeding/bathing and colorful benday dots across photoshop interfaces.

It's a weird existence, but child can say play now and he says it all the time because it's all he wants to do, and every time he says it my heart melts and I play. Despite the big haze of exhaustion that envelops me I play, and I do so with genuine joy.