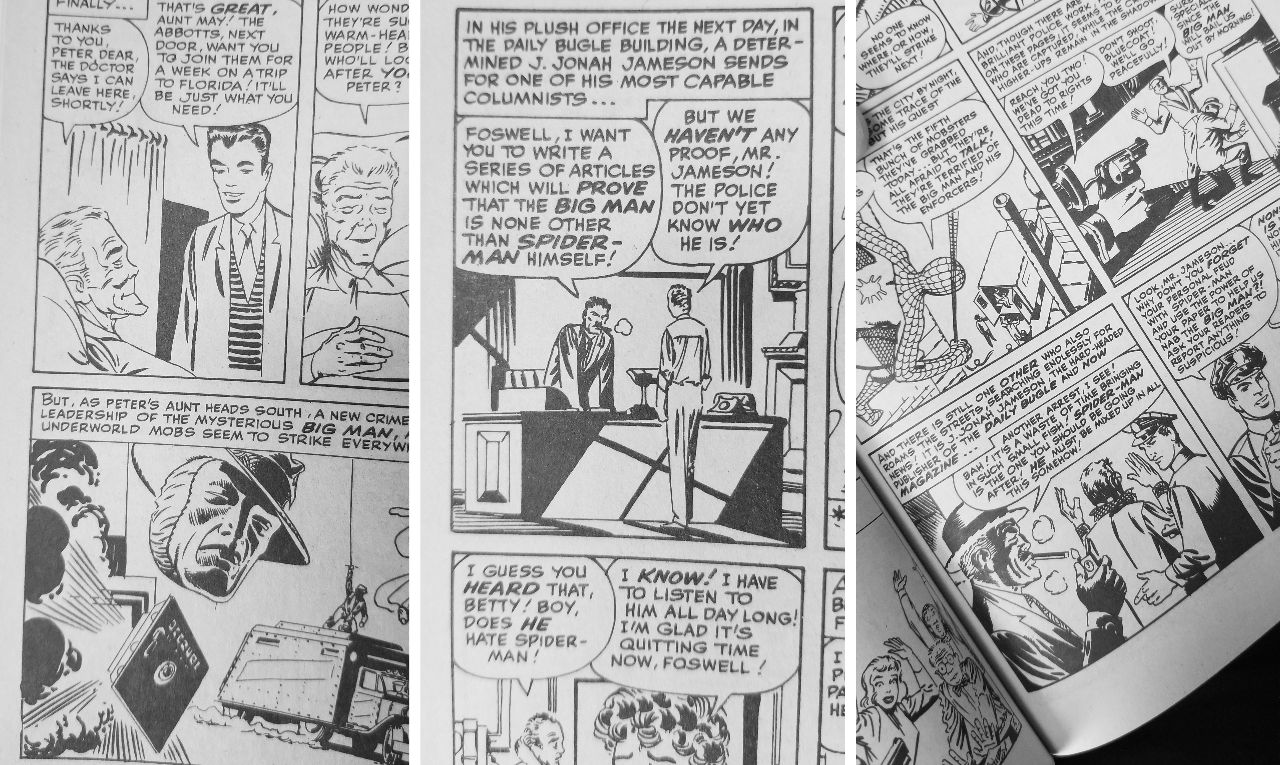 Reading the original SPIDER-MAN run by Steve Ditko in black and white, a few things stand out to me: