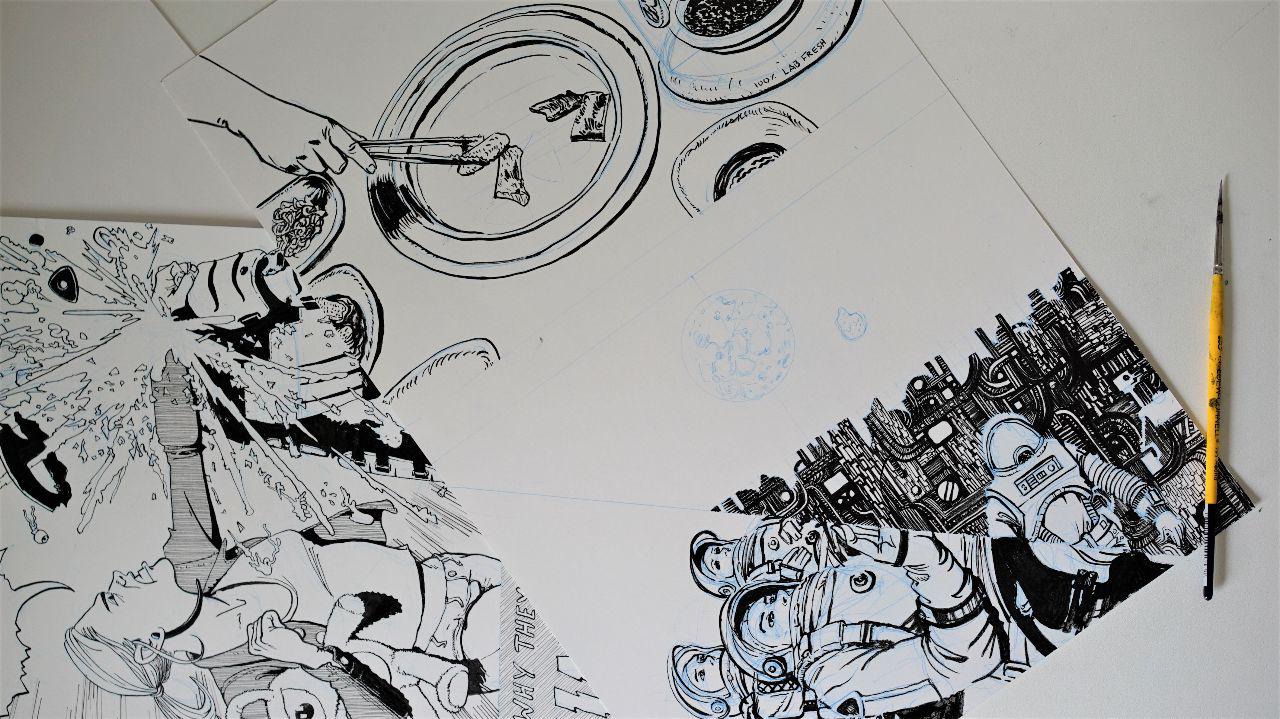 Haven't had the time to blog these past couple days. Was meant to start colors on my THE SOLAR GRID #5 pages yesterday, but had to work on a couple other “quick” pieces I agreed to do. Still ink-slinging away on them today, one of which will require some color work.

On Saturday, news broke out of the death of Shady Habash in an Egyptian prison. He was arrested two years ago for directing a satirical music video critical of Egyptian dictator Abdel Fattah El-Sisi's policies, his case never made it to trial, with his “detention” renewed every 45 days for the past 800.

I never met Shady, but this is devastating news nonetheless. I'm feeling compelled to do a tribute piece in his honor—it being “the least I could do” sort to speak.

(While simultaneously—and somewhat pathetically—feeling a little guilty to take on another thing that'll cut into my graphic-novel-making time.)

Grief and sadness aside, this oddly has me going back to obsessing about a regular anthology-like publication. Where all my impulses to make stuff can be funneled into it, rather than distract from it (as has been the case with THE SOLAR GRID, tbh).

In other news, businesses have reopened in Houston as per the Governor's declarations, and crowds have not wasted any time flocking to restaurants. More reason for frustration, sadness, and a little anger.

Don't get me wrong, I'm feeling that cabin fever as bad as anyone, but I ain't fuckin' with no viral outbreaks until the scientific community gives me that vaccine.

Honestly though, I haven't had the time to step out for a walk let alone ponder the thought of hitting a cafe or restaurant. Compounded frustration. It sometimes feels like no matter how much time I spend on the work, not enough gets done.