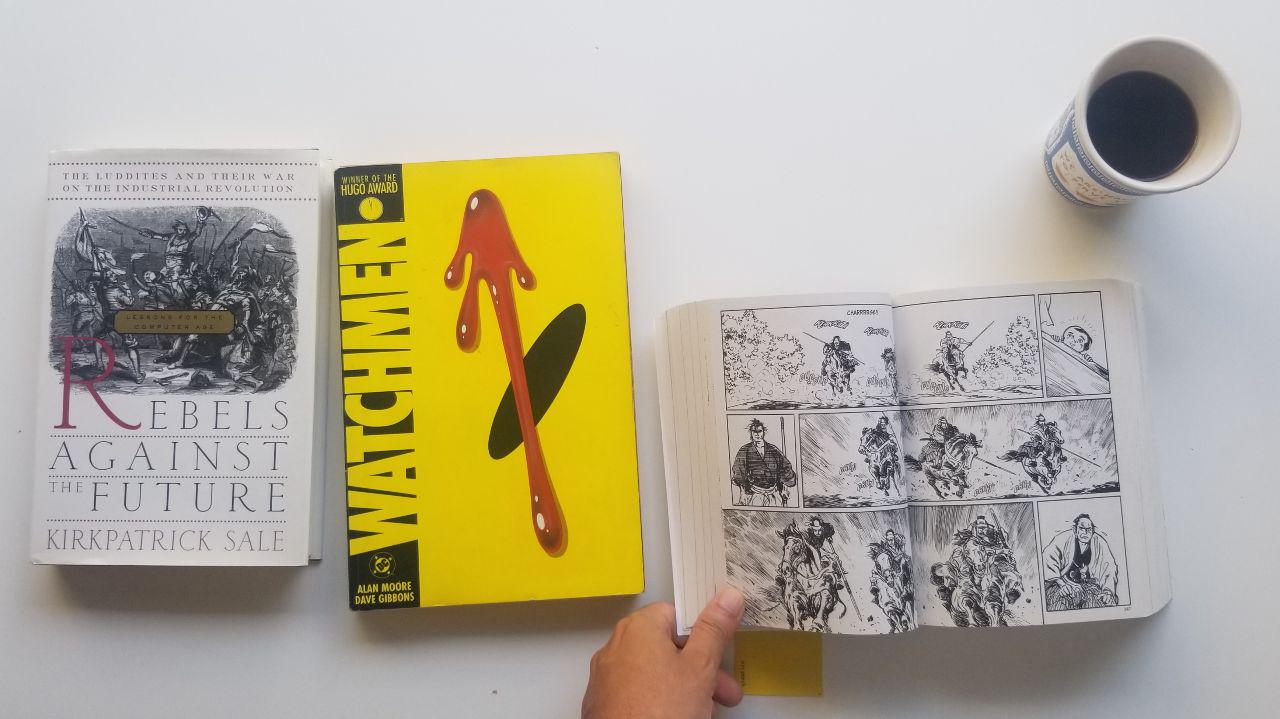 Got inspired to properly revisit WATCHMEN after burning through WATCHING THE WATCHMEN. I can't even remember when I last reread it and wonder how it'll read this time around.

Still reading the LONE WOLF AND CUB omnibus which is wholly different, with each chapter being a stand alone “adventure” so to speak. It's really just a samurai getting into a different fight each episode, somehow involving his kid one way or another. Still, very different than say, the superhero villain of the month stuff that was coming out of America at around the same time, especially in terms of the storytelling techniques employed. A lot of mood, atmosphere, and case and effect. And of course the more impressionistic ink work. Frank Miller's genius isn't his level of craft or artistry, but his ability to study and absorb a multitude of different comix-making techniques and make them his own. The influence LONE WOLF AND CUB had on him, and subsequently American comix-making at large is so so obvious, and for good reason.

THE SOLAR GRID is arguably my WATCHMEN in that it is one large arching story, but once it is complete I'd really like to do something more episodic in nature, so LONE WOLF AND CUB is a good primer for that (also: FELL by Ellis and Templesmith and GLOBAL FREQUENCY by Ellis and various).

REBELS AGAINST THE FUTURE I return to often, largely as research for Chapter 07 of THE SOLAR GRID, a sequence of which takes place in the year 1818 A.D.

Also on today's plate is a little prep work for my upcoming talk organized by Ohio State University and The Billy Ireland Cartoon Library & Museum.

More TSG thumbs to map out as well, and a dig through the archives for what will make up my second wave of affordable posters.