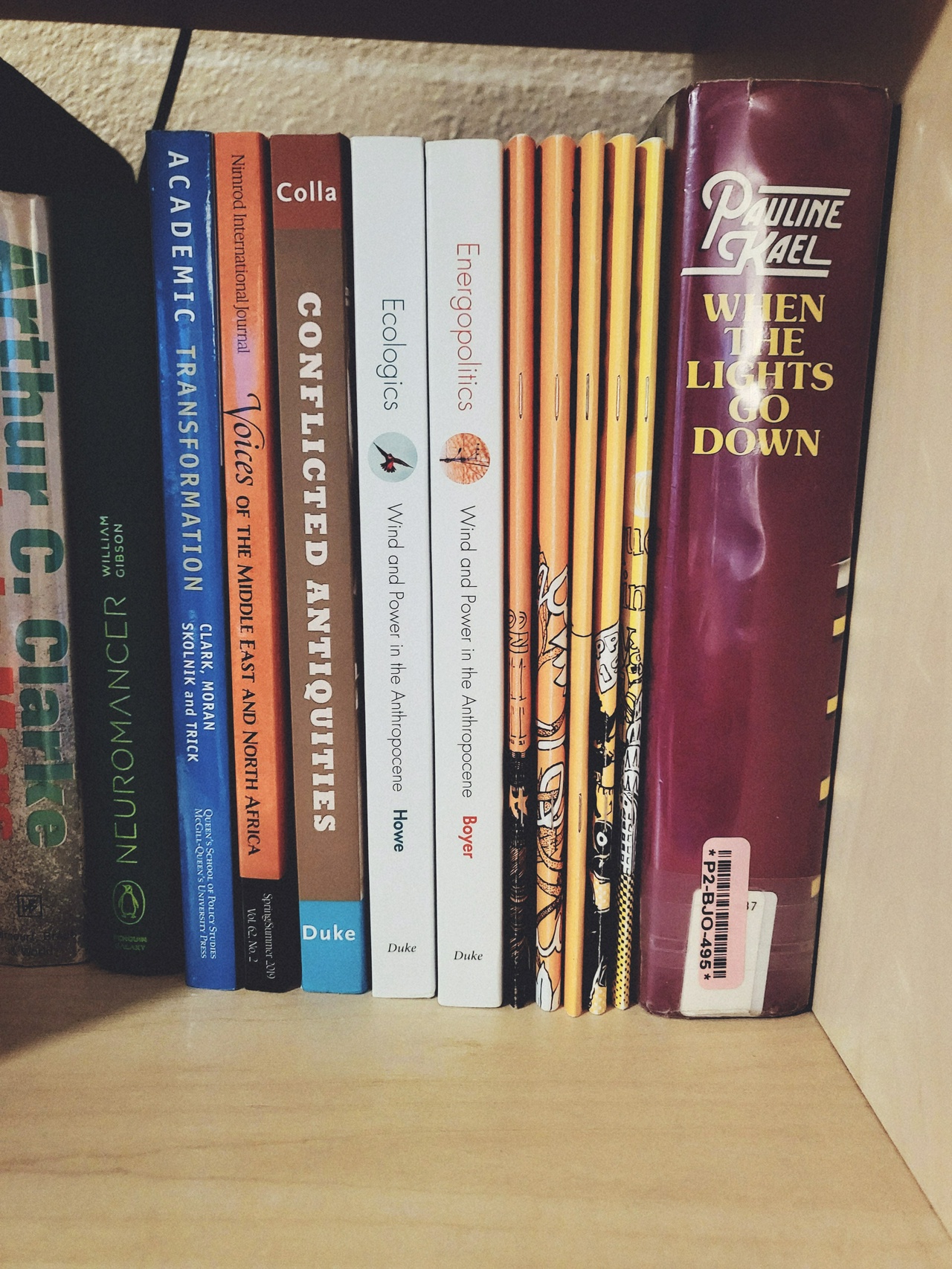 What I mean when I say that THE SOLAR GRID fits nicely on the shelf alongside other books that aren't comicbooks. Fully acknowledging that saddle-stitched pamphlets aren't designed to sit on shelves at all, but that's why they are to be released in a boxed set collecting all 10 issues upon completion, in addition to a hardback compendium also produced in a 6”x9” package (the nature of hardback production though would make it sit at a slightly larger size, probably closeish to the size of that Pauline Kael book).

Over the past 6 some years that I've been working on THE SOLAR GRID, ideas for new stories constantly announce themselves. My response to which is to violently kick them out after making note of their appearance. And literally all the ideas are these tedious longform things and as much as I love working on THE SOLAR GRID, I'd really like to avoid trapping myself in another longform thing and instead land on a format better tailored to my way of being. So I've been looking at shorter things for a while as a way to try and unlock the structure of short episodic storytelling that can simultaneously comprise longish narratives. 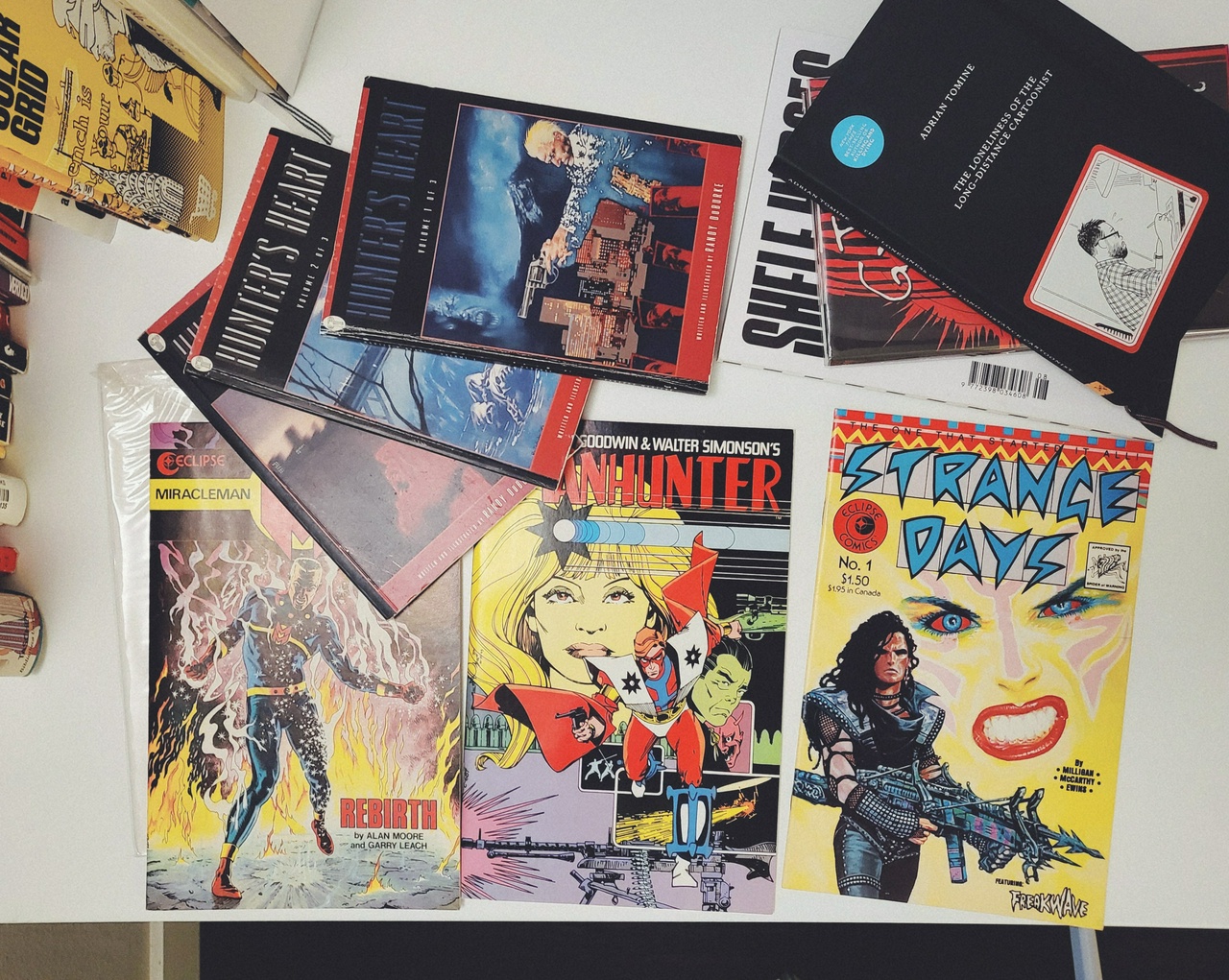 Archie Goodwin & Walter Simonson's MANHUNTER is told in 8-page episodes, each largely self-contained. They condense a lot in each page, which is not ideal for the 6”x9” format I prefer, but still there is much to learn from what they are able to accomplish.

STRANGE DAYS by Milligan, McCarthy, and Ewins runs three 8-page episodic features of unhinged absurd imagination, none of which are quite self-contained enough though.

MIRACLEMAN by Alan Moore and Garry Leach also works in 8-page chapters. Not at all self-contained and wordy as fuck, but within this structure they basically create the formula for every single realistic/deconstructive/reinvented superhero comic that has existed since.

(V FOR VENDETTA also works in 8-page chapters if I recall. Which reminds me I ought to re-acquire a copy.)

Adrian Tomine's THE LONELINESS OF THE LONG-DISTANCE CARTOONIST is told in self-contained vignettes of [mostly] 4, 6, and 8 pages. Each can be enjoyed as its own little mini-comic. Bound together in a single volume, it becomes a story of a cartoonist's life from childhood to middle age.

Each volume of Randy DuBurke's HUNTER'S HEART is 94 pages. If it were to be produced annually, that's 7.8 pages a month, let's say 8 pages. Which is 2 pages a week. Very doable.

There's a sweet spot between all the above that I'd love to tap into. A story of unhinged imagination told in self-contained 8-page episodes. Twelve months later, they are bound together in a 96-page book that miraculously tells one longer narrative.