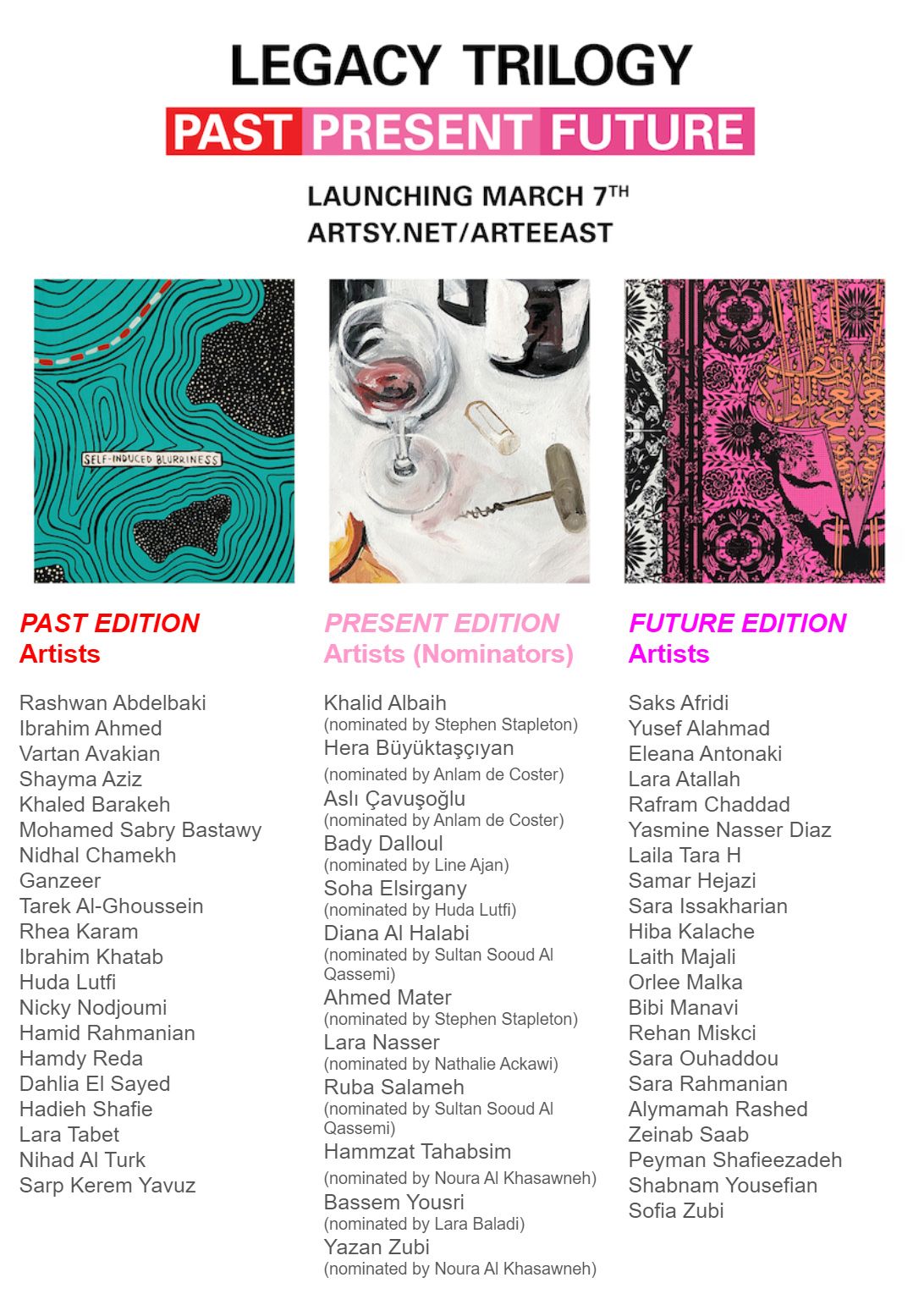 I gotta say, even though virtual openings cannot compare to the real thing, it was so so nice to see some familiar faces yesterday (folks like Heba Alkayal, Bassem Yousri, Hadieh Shafie, and Shaymaa Aziz) as well as new faces (like Olivia Farahat, Beth Stryker, Sofia Zubi, and more!).

The roster of artwork and talent on display is simply phenomenal. No two artists in the 50 participating are alike and it really goes to show you the breadth and diversity of expression and craft coming from artists of the MENA region and its diaspora. It's humbling to have my work on display alongside such stellar works. Hopefully we get to do it again in meatspace... one day.