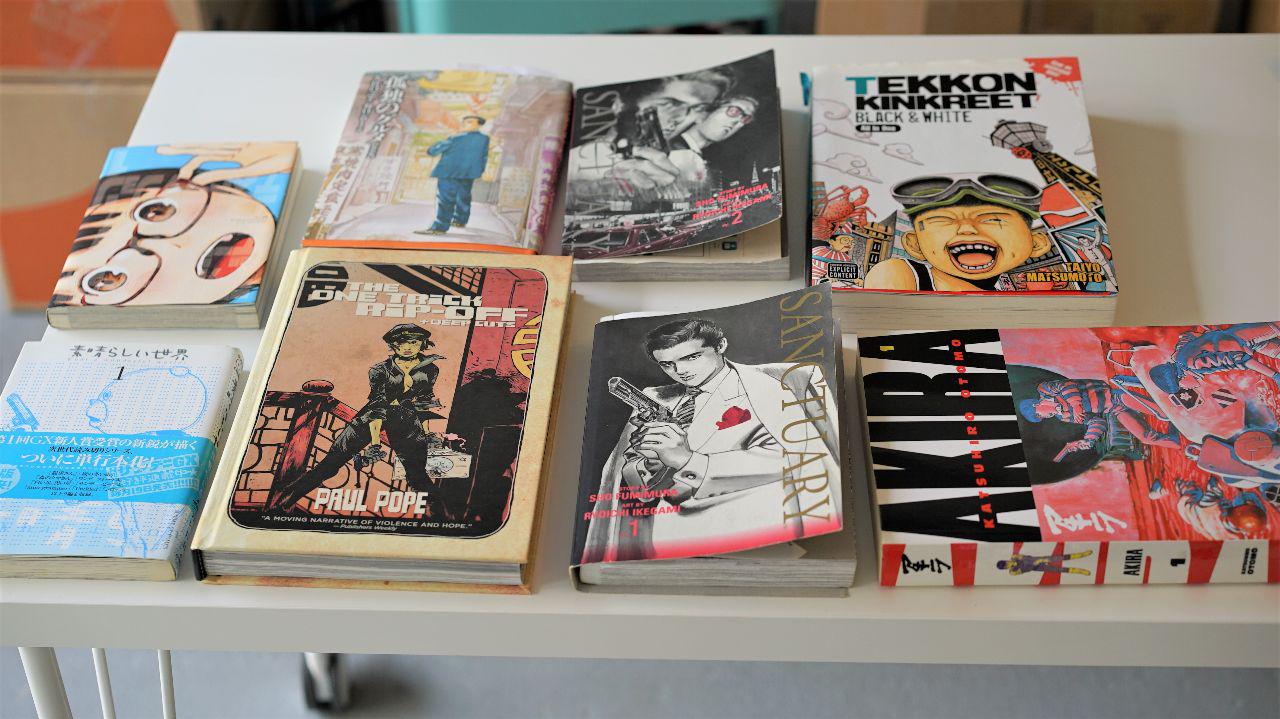 There's this Japan segment in Chapter 5 of THE SOLAR GRID that I've been studying a bunch of Manga for. I'm not looking to emulate Manga superficially, not interested in the cliches of what manga style is thought to be (i.e. big eyes and speed-lines), but rather I'm looking to get into its essence. At the end of the day, it's still gonna be very much a Ganzeer comic, but Ganzeer after having soaked up some good Japanese sequential storytelling.

(Regarding that particular edition of Paul Pope's THE ONE TRICK RIP OFF pictured above; it includes a few shorts he did when he worked for Kodansha in Japan, hence it's inclusion in my manga study.)