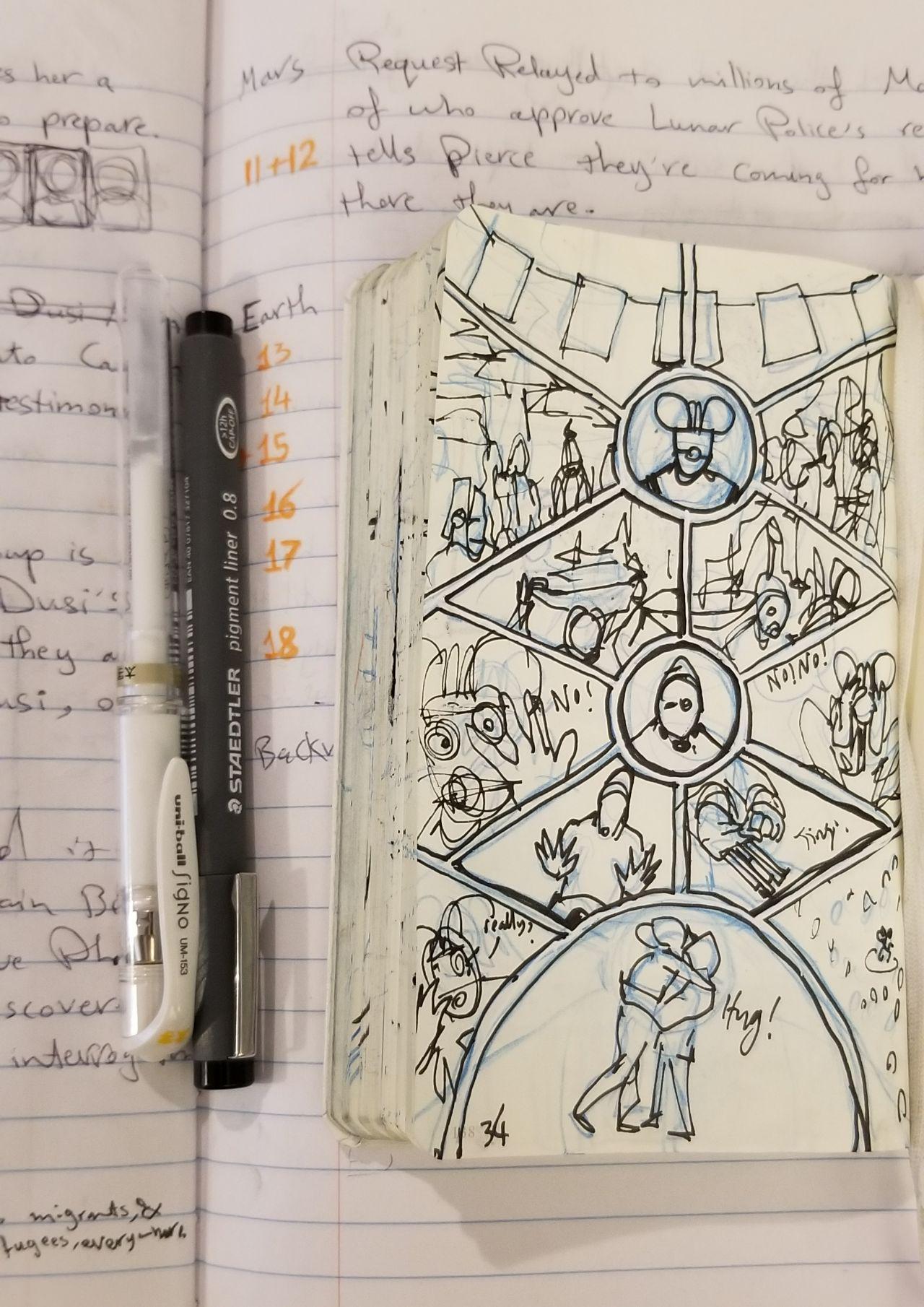 Finally done thumbnailing Chapter 6, clocking in at 34 pages (not including backmatter to be provided by Elliott Colla) despite my initial estimate of it coming in at 18!

That's okay though; you discover things in the thumbnail process that aren't absolutely evident when you're just writing/plotting the thing. Sequences that you feel ought to be handled as such: 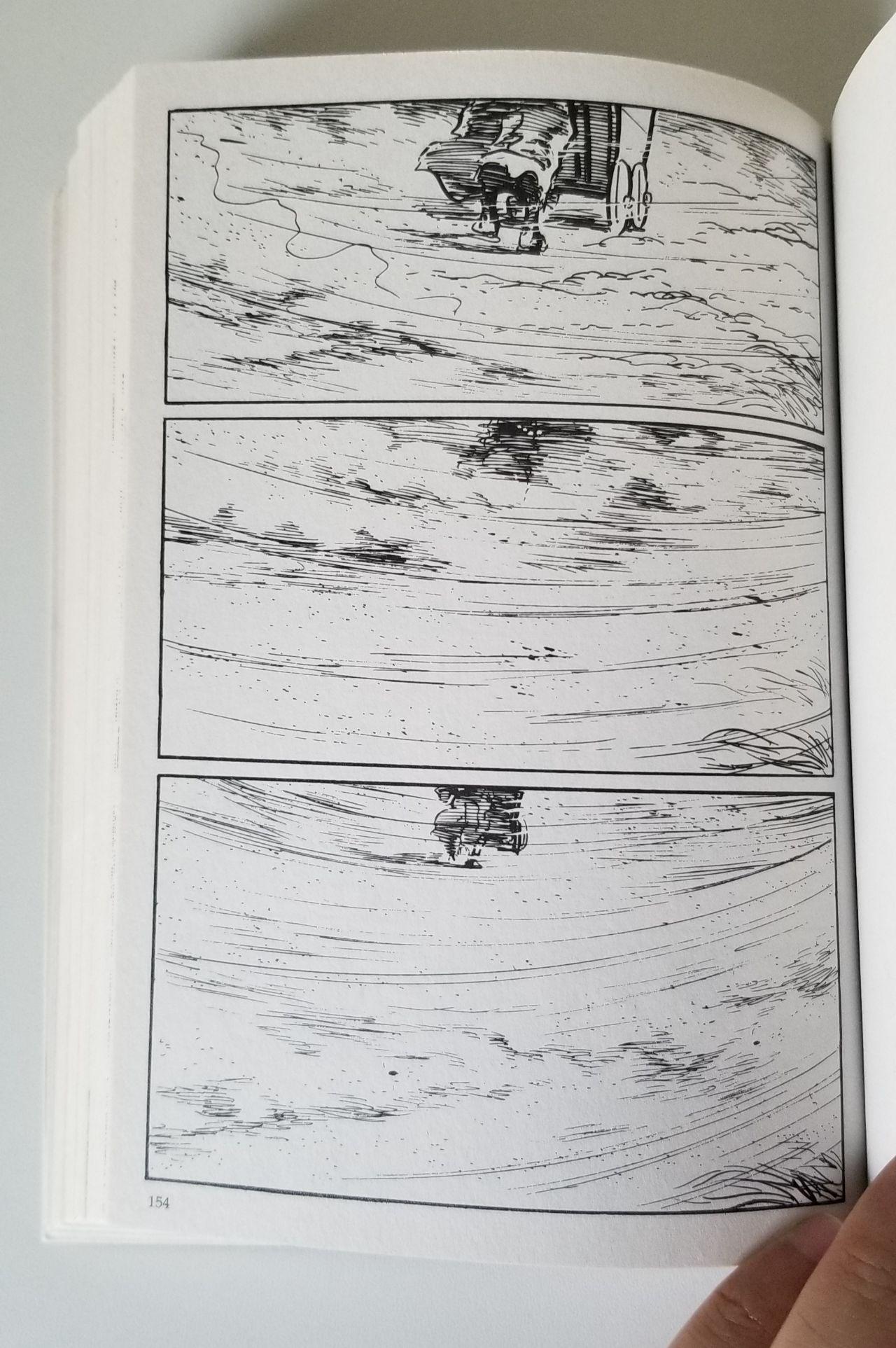 That's from Koike and Kojima's LONE WOLF AND CUB.

You can certainly show someone leaving a scene in one single panel, but that difference in pacing results in a different emotional impact. And you need to oscillate between various approaches to pacing as per the needs of each scene. I've certainly applied the fast-cut-exit approach a couple times already. 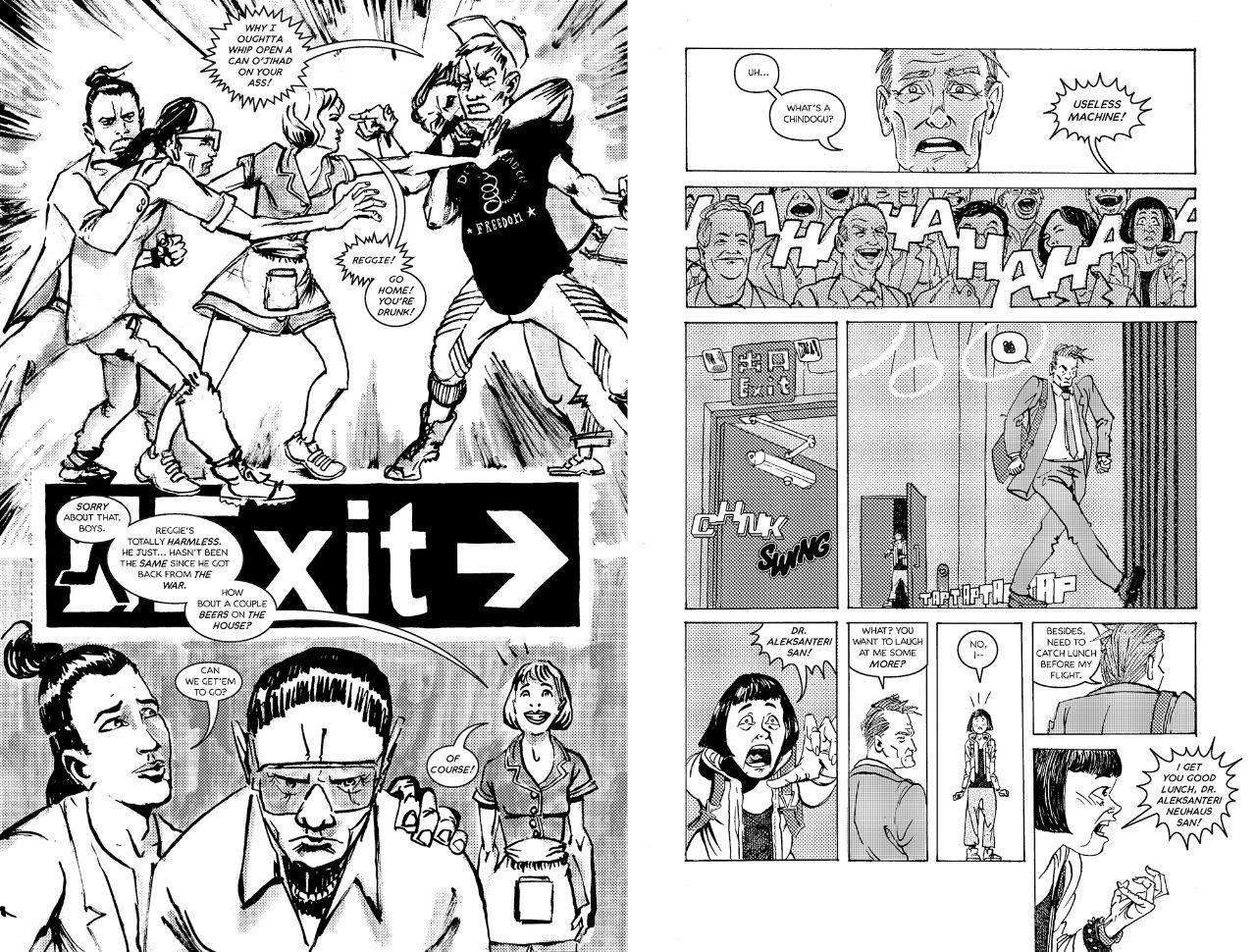 To the left is a flashback sequence from Chapter 4, and to the right is a scene from Chapter 5 set in Japan (hence, that sort-of manga vibe).

Earlier in Chapter 3, I had a scene that required a much slower exit, just to give a sense of the scope of the place being exited from. 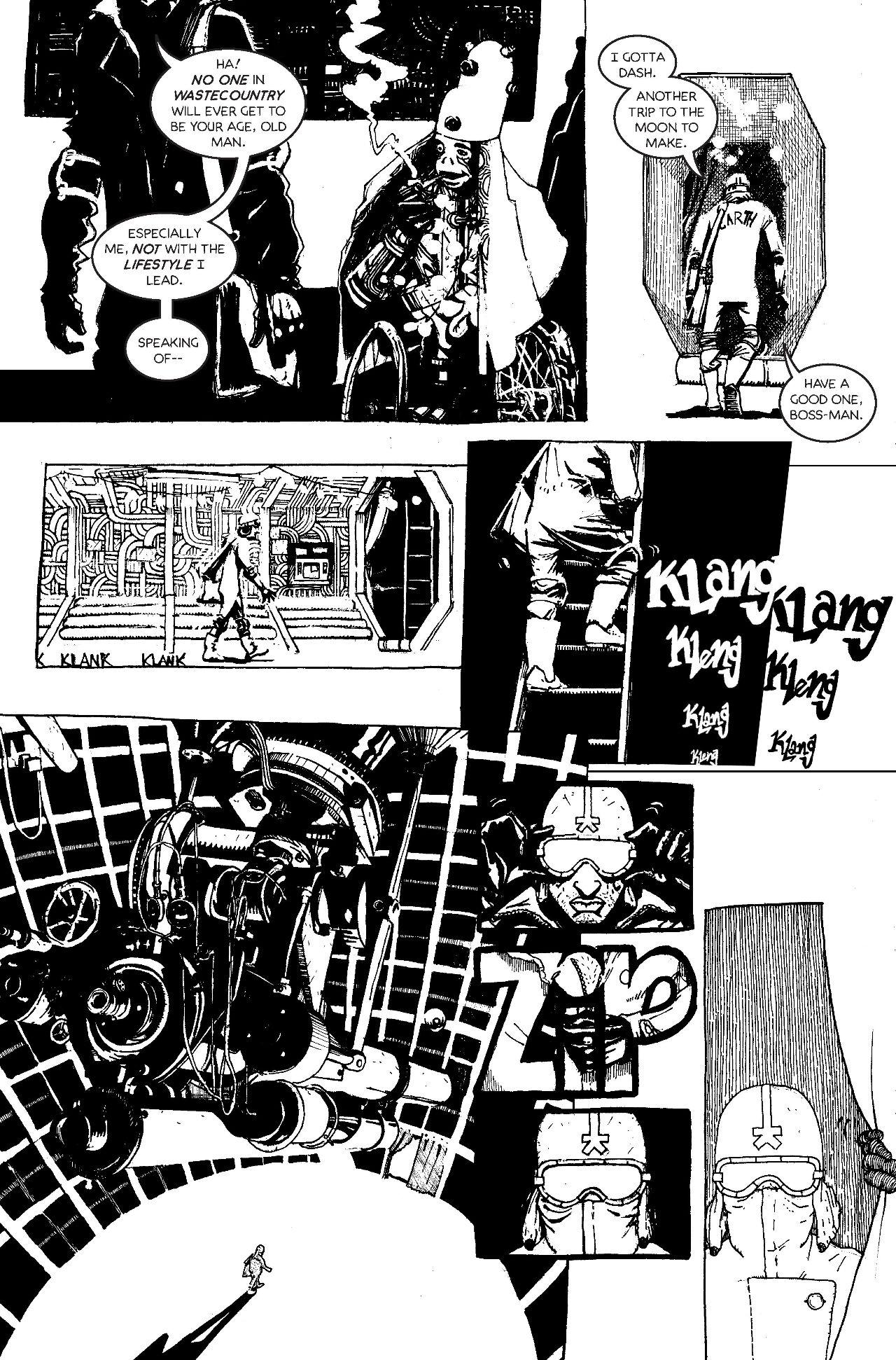 As it turns out, Chapter 6 needed a few slow moments. But then again, I'm not awfully religious about sticking to my thumbs, and will often change things up when I work on the actual pages (as is evident when comparing thumbs for Chapter 4 with what actually became of the chapter).

Radix Media's kickstarter (which includes a serialized edition of THE SOLAR GRID) is now 90% funded. A couple thousand (and a few hours) to go and their entire Graphic Narrative series will be greenlit!