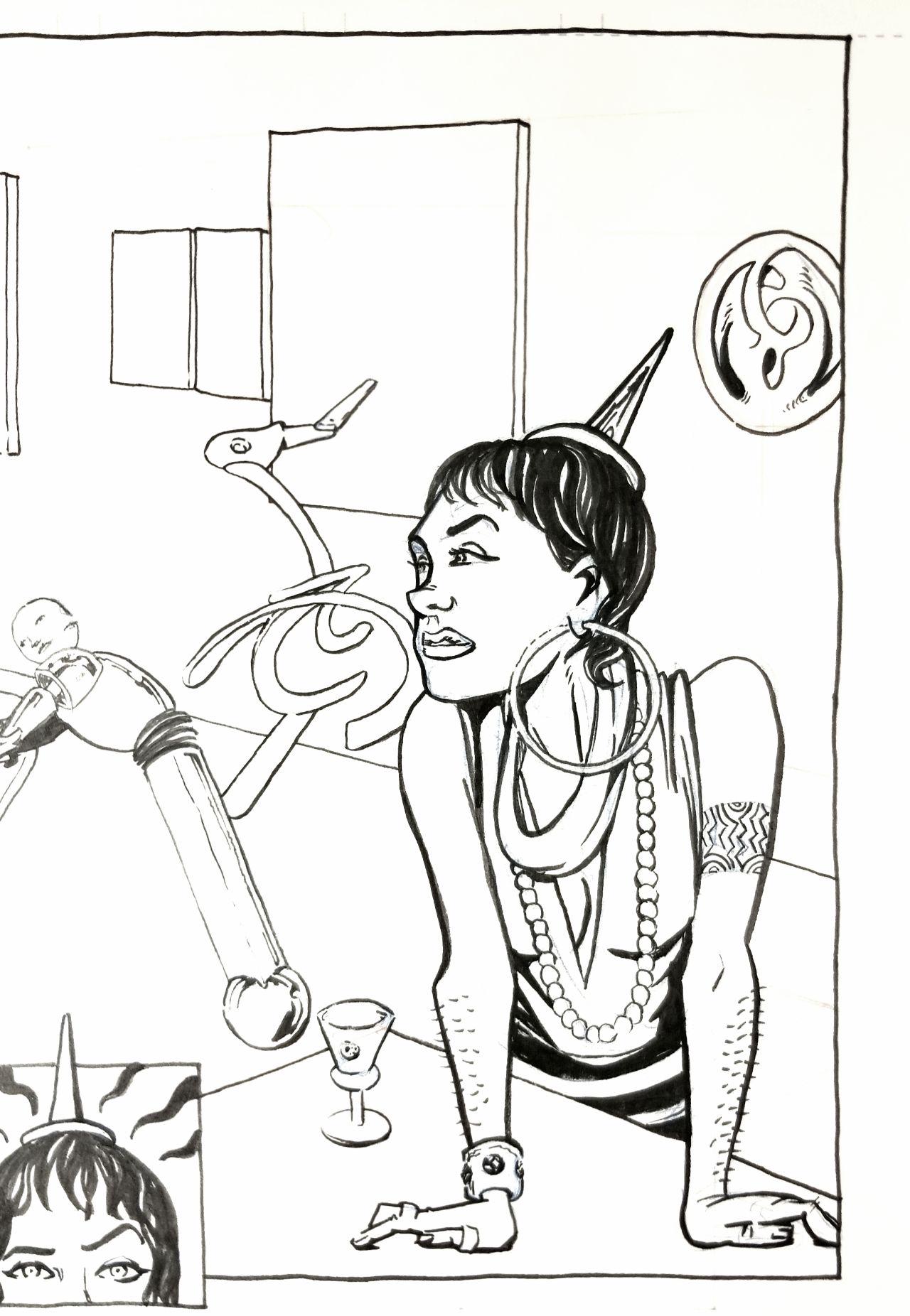 Noticing my style is becoming a lot more fluid and whimsical, a direct function of operating at speed as well as a change of inking tool (Loew-Cornell #2 brush series 795 Round instead of nibs and/or Staedler Liners).

I'm enjoying what I'm seeing. In a couple pages time though, I switch to a combination of both brush and nib (just as the current scene wraps up, and I move onto the next—which takes place in a different time and place and so calls for a switch in style).

All of these style switches will without a doubt come to inform my “usual” style, so I'm happy to work a little whimsy in there.

I'm also very happy to be getting faster.

Didn't get around to finishing pencils on that second page yesterday, so moved it over to today in addition to inking both of them.

Tomorrow I start pencils on two new ones, inks on Friday.

Opened commission requests which I'll work on over the weekends. This is something I'd been reluctant to do in the past tbh, worried that someone might want me to draw the fucking Batman, but the requests I've been getting so far have been pretty cool actually. One such request included “your favorite William Gibson protagonist” for example. 😈