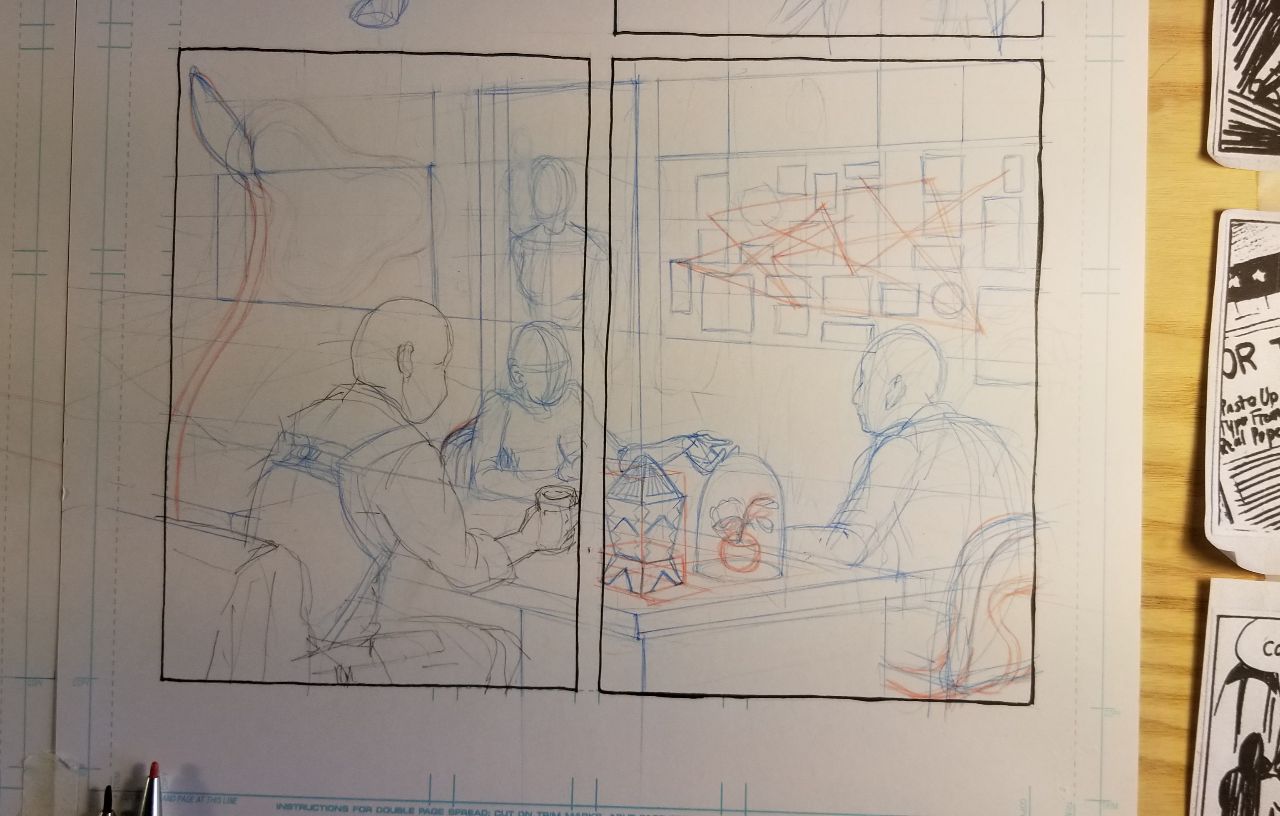 Having added this “murder wall” on a whim inside the lunar police captain's office (THE SOLAR GRID, Ch. 6), some function in the back of my head is now tinkering with the thought of a serial killer on the moon. This has no place in THE SOLAR GRID proper and there will be no mention of it, but if in the future I ever want to mess around with a detective procedural type thing, I may be enticed to set it on the moon in the world of THE SOLAR GRID. I wouldn't want the setting to be pointless dressing of a run-of-the-mill detective story though; it would have to be an integral part of the concept and tie in closely to notions of trade, migration, and imperialism (what with the Moon acting as a kind of port city in space within this particular world). One thing I hate about most detective stories is that they (knowingly or not) act vehicles of police propaganda, so I imagine I'd want to turn my story around and make it an indictment of policing instead.

Simple though, and not overly elaborate; a tight slim graphic novella. Then again, I've littered THE SOLAR GRID with so many little easter eggs that could all very easily warrant their own little graphic novella spanwlings.

This is perhaps where a regular magazine might come in.

There's a bit in the introduction to KALILA & DIMNA that does not mince words as to the work's approach, an approach that very much speaks to my own philosophy of Concept Pop: Wisdom enveloped within entertainment. The wise come unto it for the wisdom, and idiots come unto it for the fun.

And there's a bit in Thomas Mann's DEATH IN VENICE speaking to me in equal measure. The bit that describes Gustave Aschenbach's epic on the life of Frederick the Great (wherein both Gustave and his work are of course fictitious): “Outsiders might be pardoned for believing that his Maia world and the epic amplitude revealed by the life of Frederick were a manifestation of great power working under high pressure, that they came forth, as it were, all in one breath. It was more the triumph for his morale; for the truth was that they were heaped up to greatness in layer after layer, in long days of work, out of hundreds and hundreds of single inspirations; they owed their excellence, both of mass and detail, to one thing and one alone; that their creator could hold out for years under the strain of the same piece of work.”

It's been 5 years of THE SOLAR GRID to date. Hopefully not more than 1 more year to go. After which, I may need to indulge in a perverted masquerade or two.

Not in Venice necessarily.