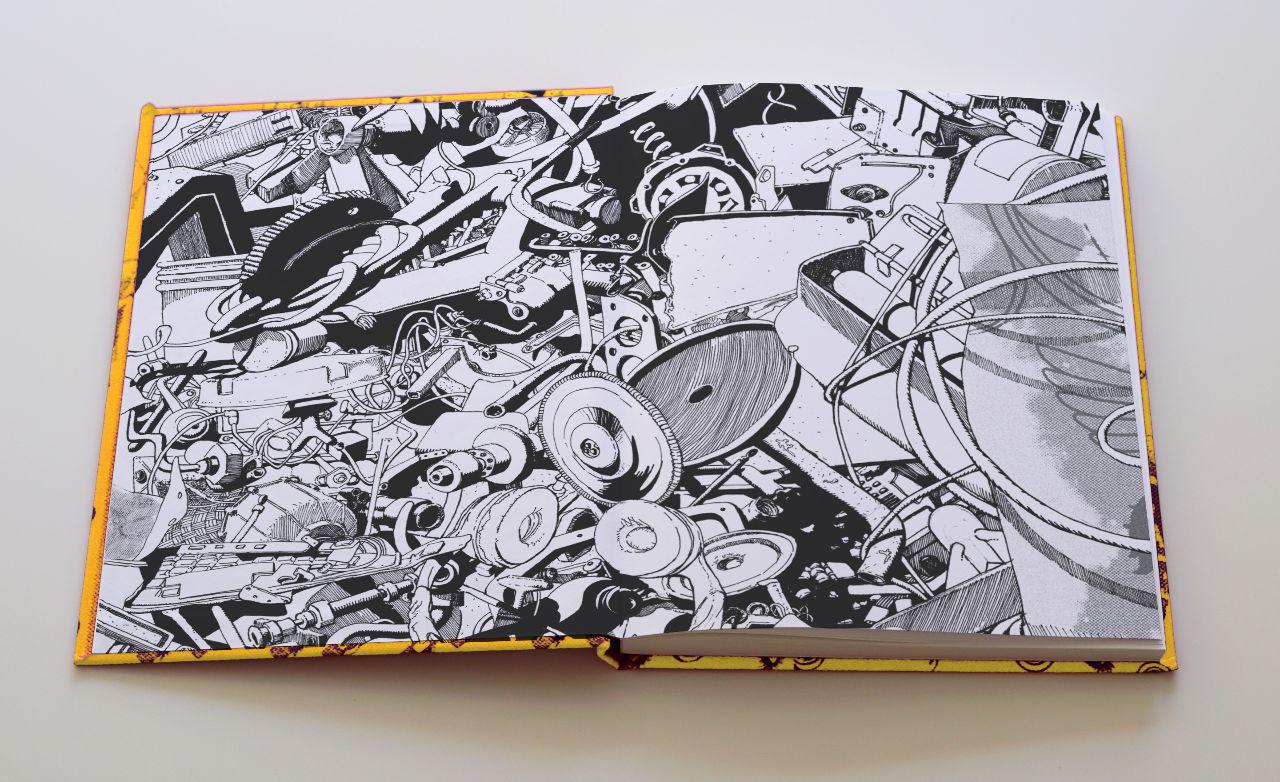 It may be a bit early to start thinking about things like endpapers. For most publishers, they tend to be an afterthought, that's if they're considered at all (Obviously not the case for the rare obsessive-types. Yes, I'm totally talking about Chris Ware).

I've actually had the idea for the these endpapers since kickstarting the project some 3 years ago. At the time of course I thought the project would be one book. Two years in, and additional research into production stuff, it became clear that it would have to be two books (presented in a single slipcase for Kickstarter backers). Rather than repeat the same imagery across all four endpaper spreads, I came up with one continuous scroll that would be divided into four different endpaper spreads. 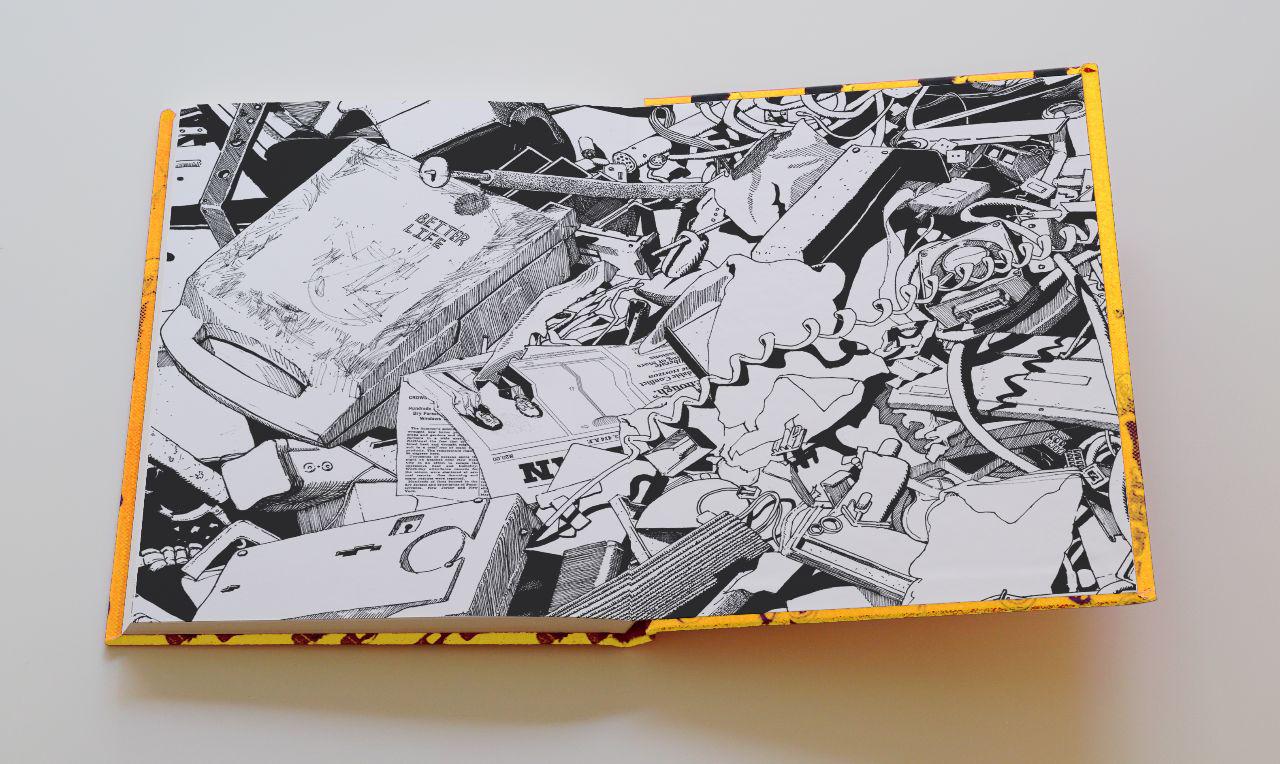 The above two for what will become Volume 1. 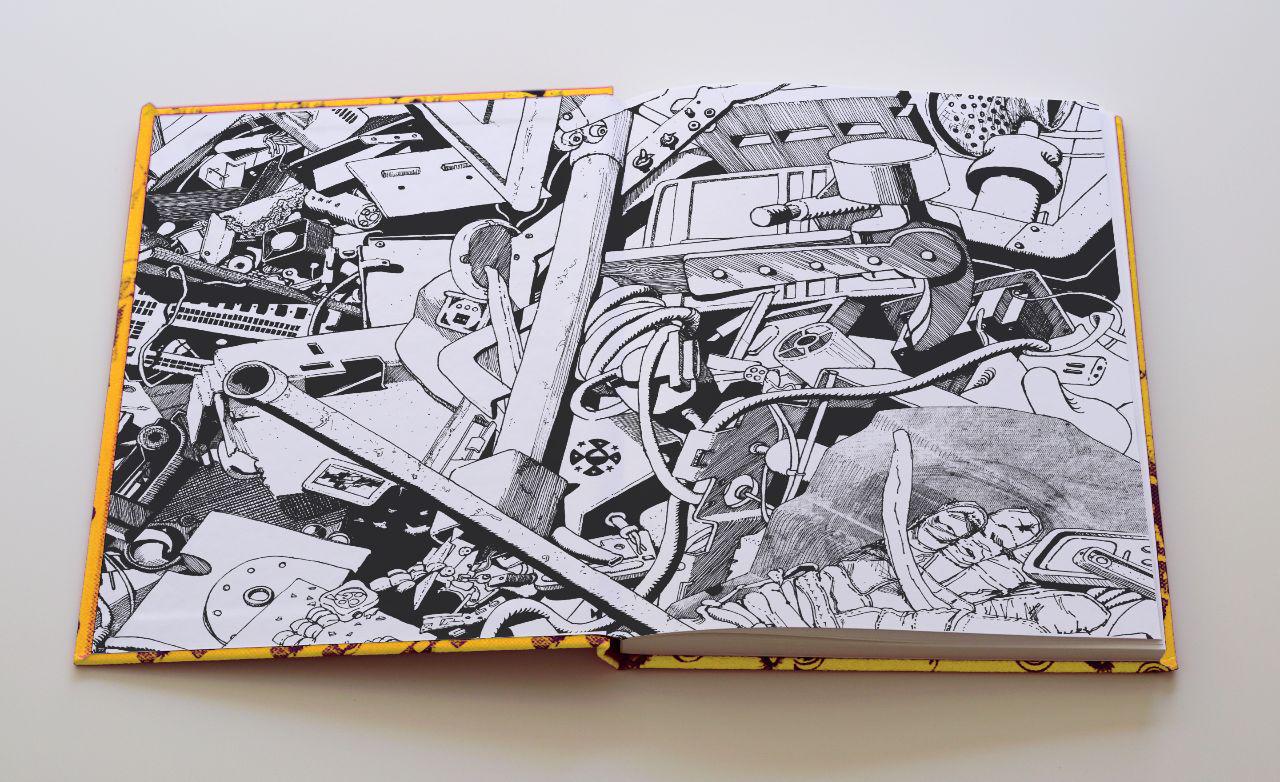 These two for what will become Volume 2. 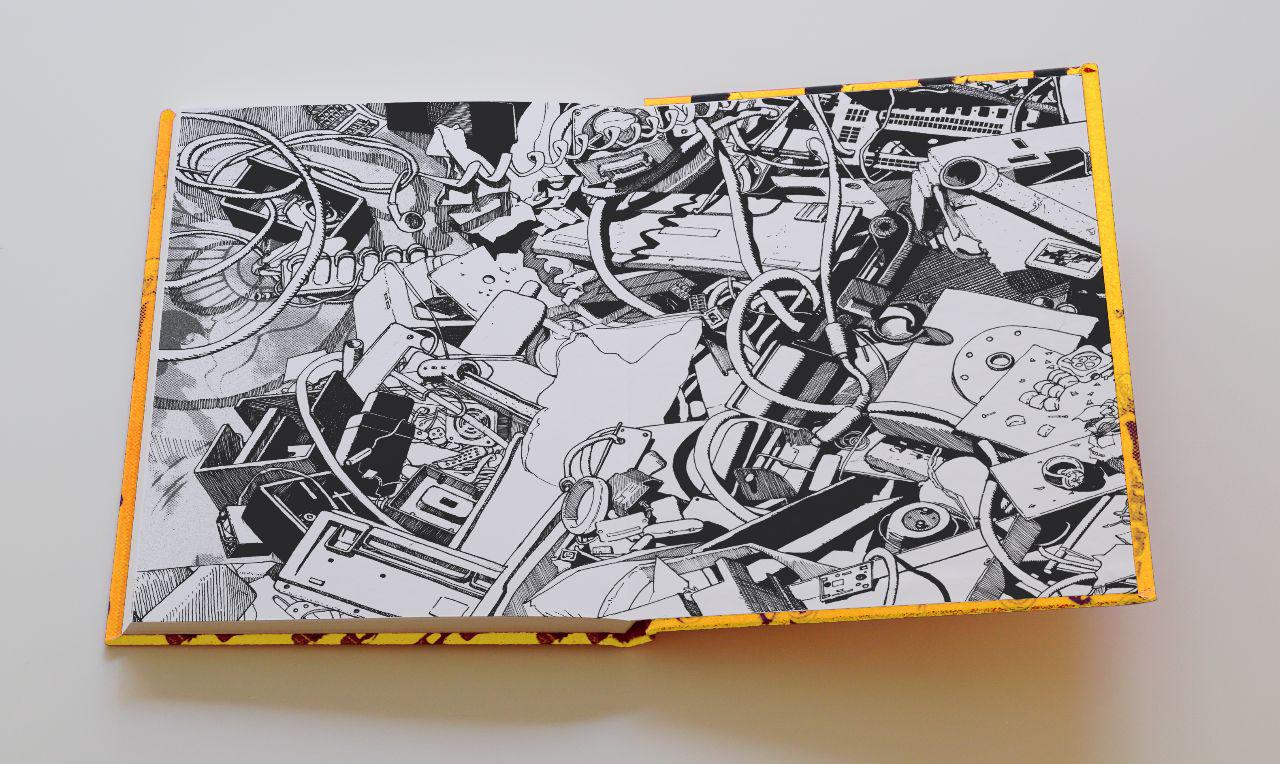 I drew these towards the end of 2017, after having just moved to Denver. If I remember correctly, these took me about a month to complete, which—I'm sure even by Chris Ware's standards—is a ridiculous amount of time to spend on endpapers of all things. I'm glad I did it though, because it'll really set the tone for the story the minute you crack open that cover. Also, I had the opportunity to utilize these drawings for an art show based on THE SOLAR GRID.

Although the art for these endpapers was completed two years ago, I've only gotten around to putting together these mockups now, primarily because I'm in the negotiation stages of bringing THE SOLAR GRID to a particular Euro market by the end of 2021, and production deets are already being discussed.

We'll see how it goes.