Realizing that “THE SOLAR GRID” doesn't quite have anywhere near the same commercial cache as, say, a SPIDER-MAN or STAR WARS, I thought maybe I don't need to have the title run so large across the top bit of the cover and perhaps a more unusual layout for the cover-dress might serve as a better visual attractor.

Still best to abide by the top third rule though, so maybe something more like this: 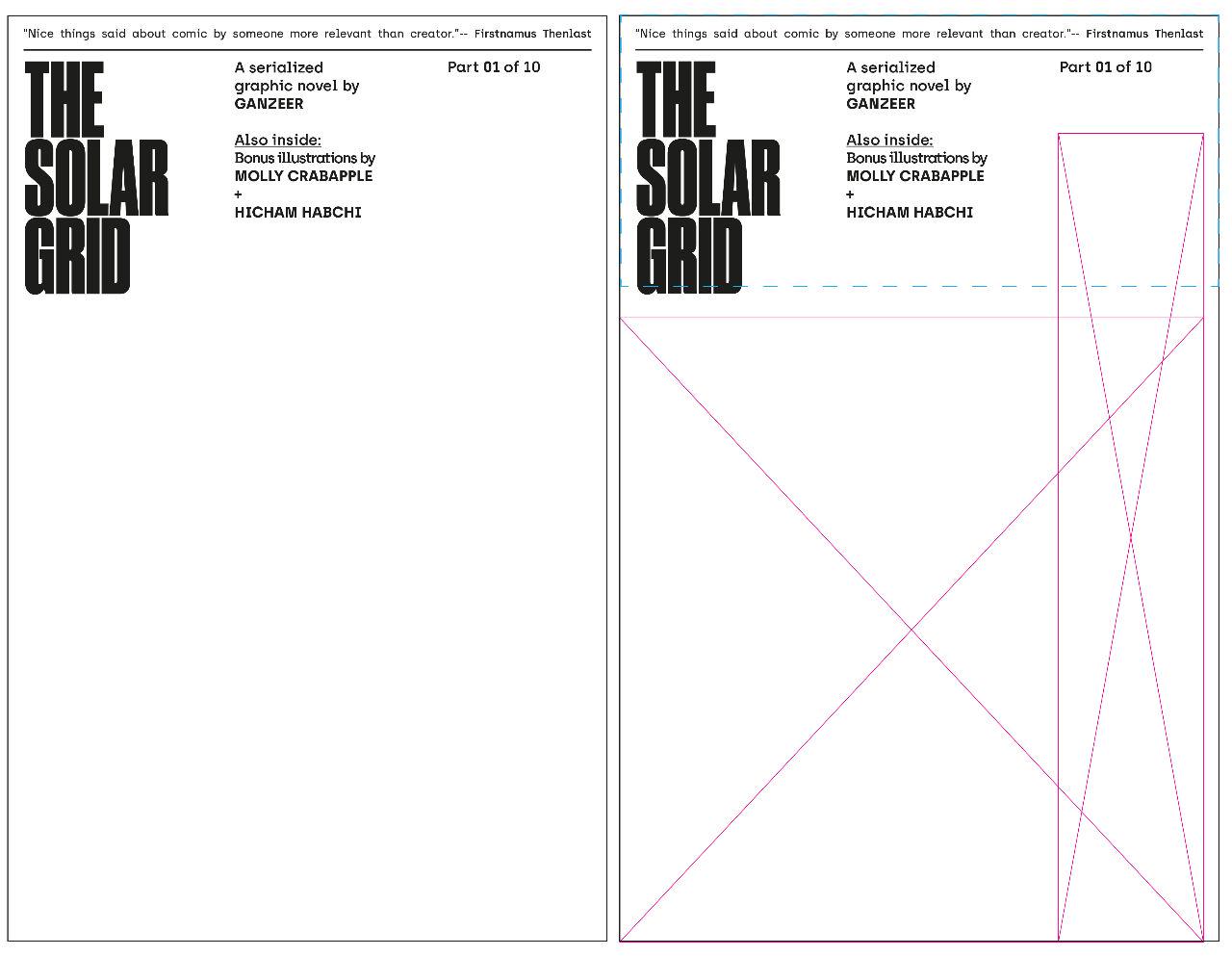 Still have room to let the artwork creep into that section, but visually it should stand out a bit more than the typical comicbook cover.

Notice no publisher logos, will probably move them to the back alongside the barcode. I dunno, it's more tasteful that way? 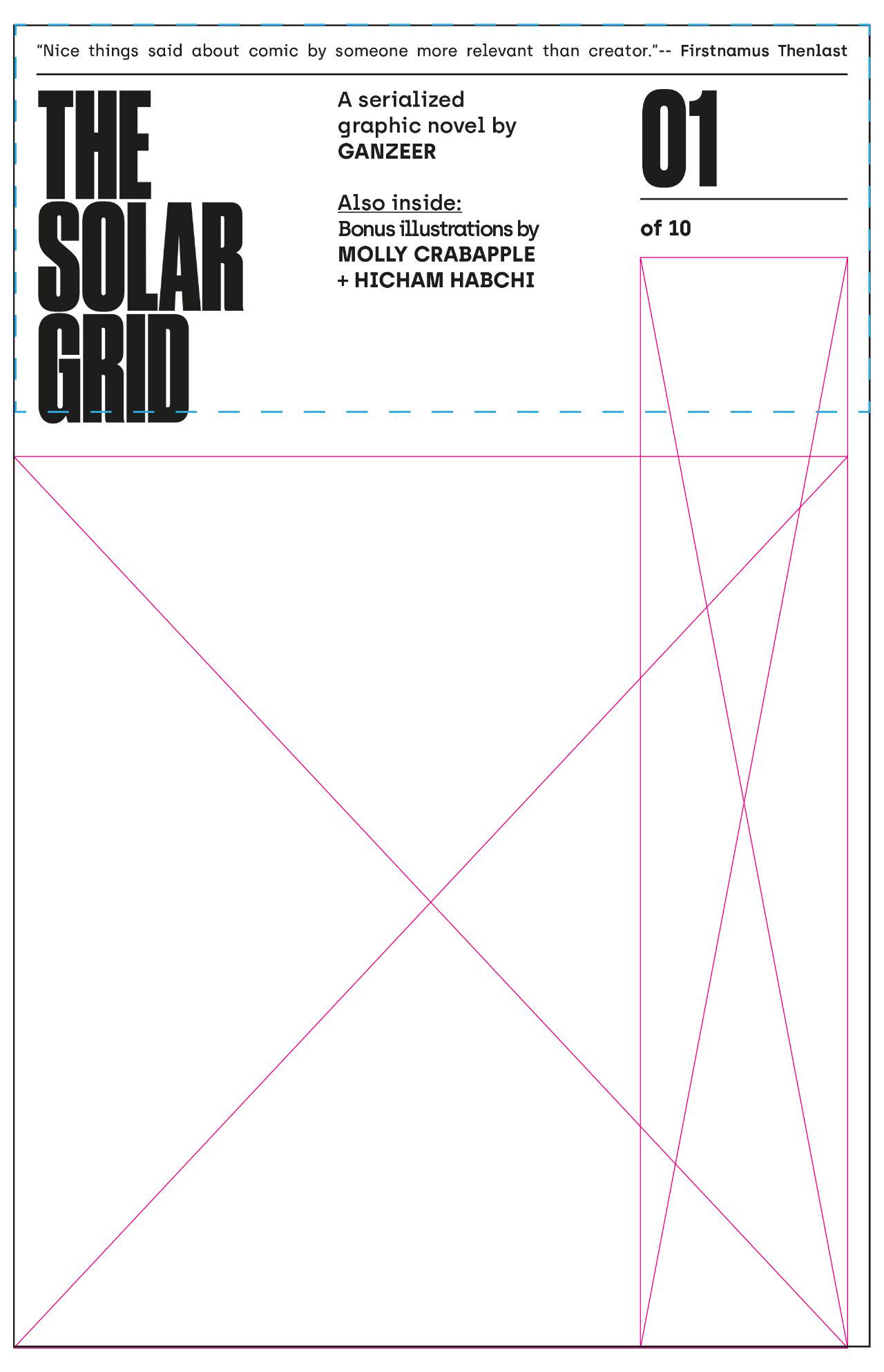