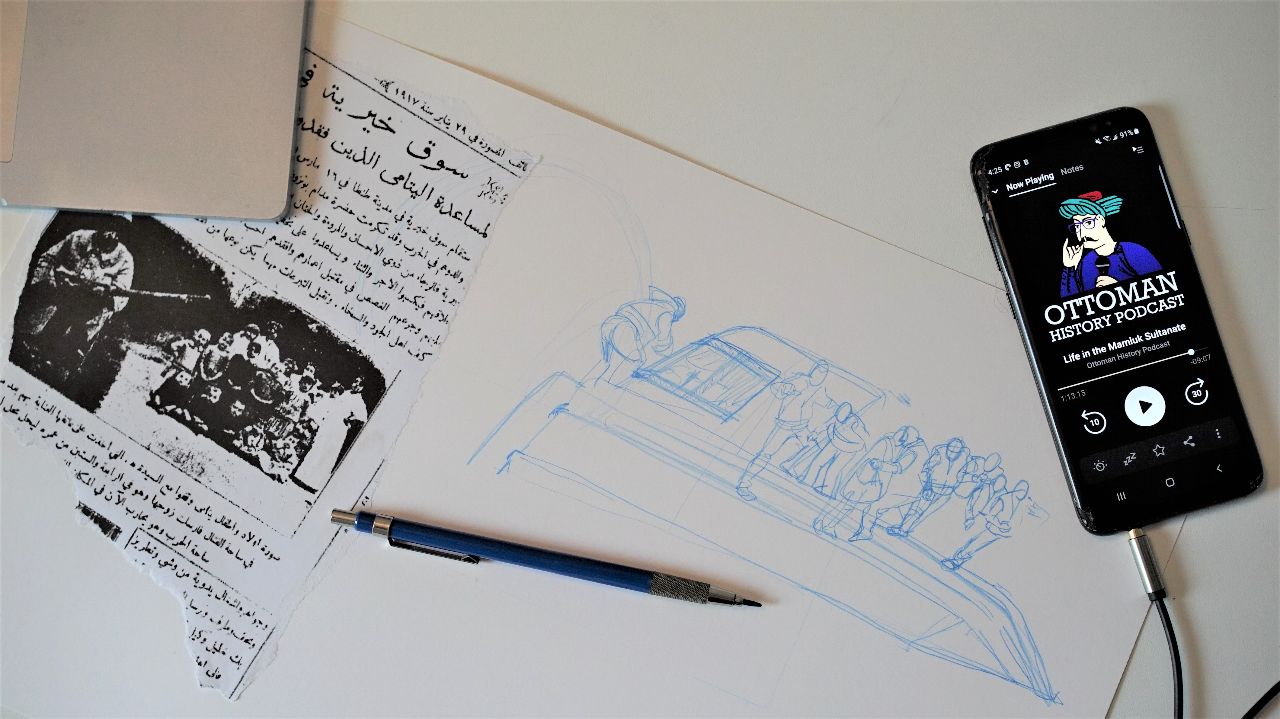 It may not look like it yet, but the illustration I'm working on is for an essay that feels very timely with everything going on right now, penned by none other than Ahmed Naji.

Background listening is The Ottoman History Podcast, in particular a surprisingly rich episode on Mamluk Cairo. Surprising because it gets into some delicious details I knew little to nothing about; like the wandering carnivalesque peoples known as Al Ghurabaa` (“The Strangers”) and the odd jobs they performed, the fluid mix of tongues they spoke, and perhaps most interestingly of all... their printing.

“The Strangers” were the first to introduce printing to Egypt apparently, likely some form of woodblock printing (tin matrices were also employed), in languages ranging from Arabic to Coptic and Hebrew (and quite possibly more). Excited to learn more on the subject matter from Kristina Richardson's upcoming book; GYPSIES IN THE MEDIEVAL ISLAMIC WORLD: A HISTORY OF THE GHURABA, forthcoming with Bloomsbury Publishers.

Henry Jaglom: I didn't know that.

Orson Welles: Study the interior decoration. It's full of Egyptian elements, just as the Deuxieme Empire of Louis Napoleon drew on Arabic and Algerian sources for exoticism. Just as the English used India for exoticism. Paris is full of imitation Arabic places left over from the Second Empire.

A rather trivial passage from MY LUNCHES WITH ORSON which sent me down a rabbit hole of Egyptian revivalism, finally narrowed down to a few books I'd like to probe, namely:

The question is, of course, how on Earth I'm ever going to find the time to read all those. And... it's clearly time I got myself a local library card.