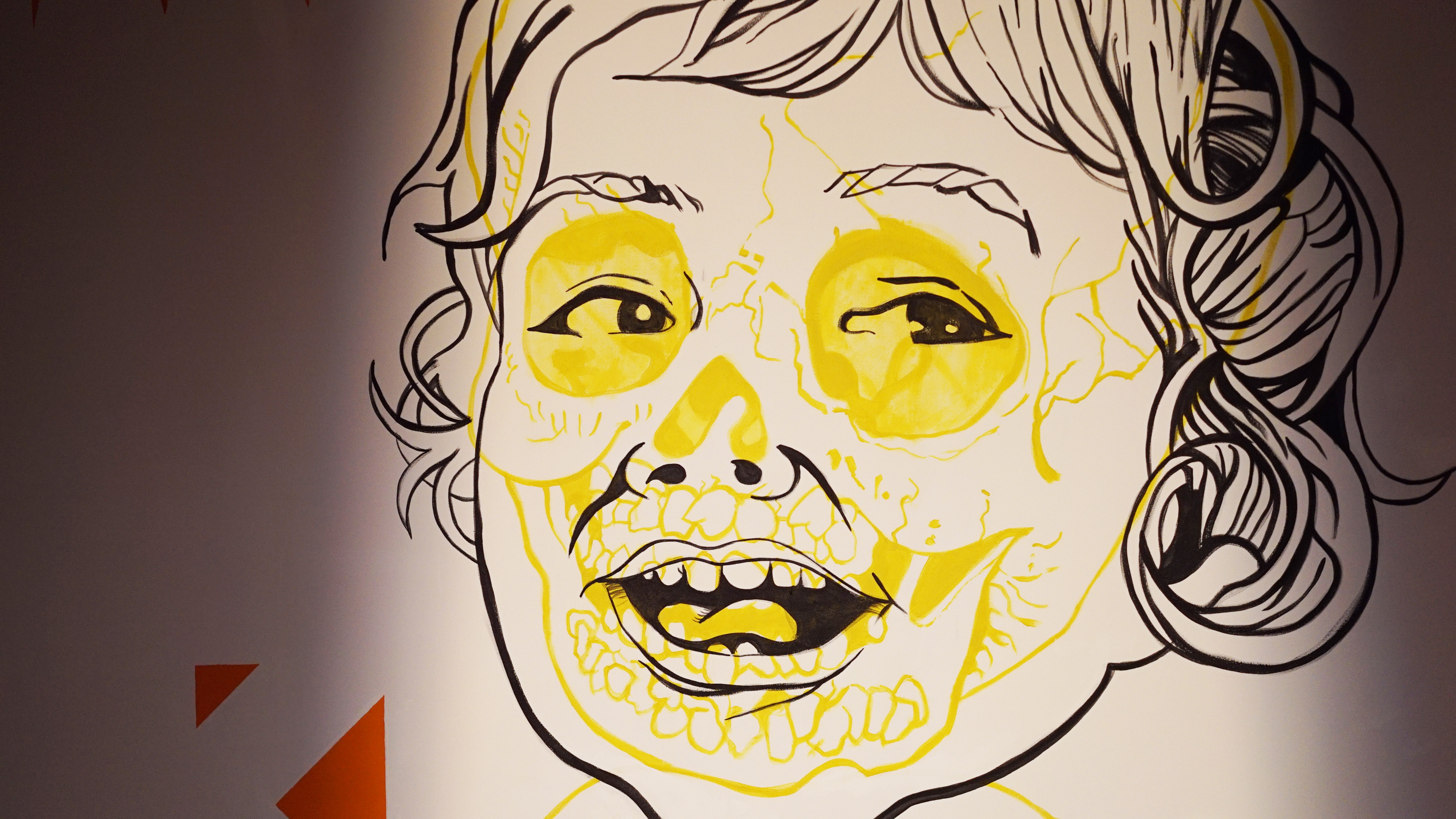 I was asked to paint a mural at Atlanta's Carlos Museum, so I painted my son. More pics and info on Ganzeer.com.

“Mural” is a bit of a deceptive term here though—just a bit—because they are painted on canvas rather than directly on the wall. But, the way the canvas is installed and by extension how they are painted on, is all quite muralistic, so I guess it counts.

Also, a Gallery Talk with curator Amanda Hellman about the work in this video here: 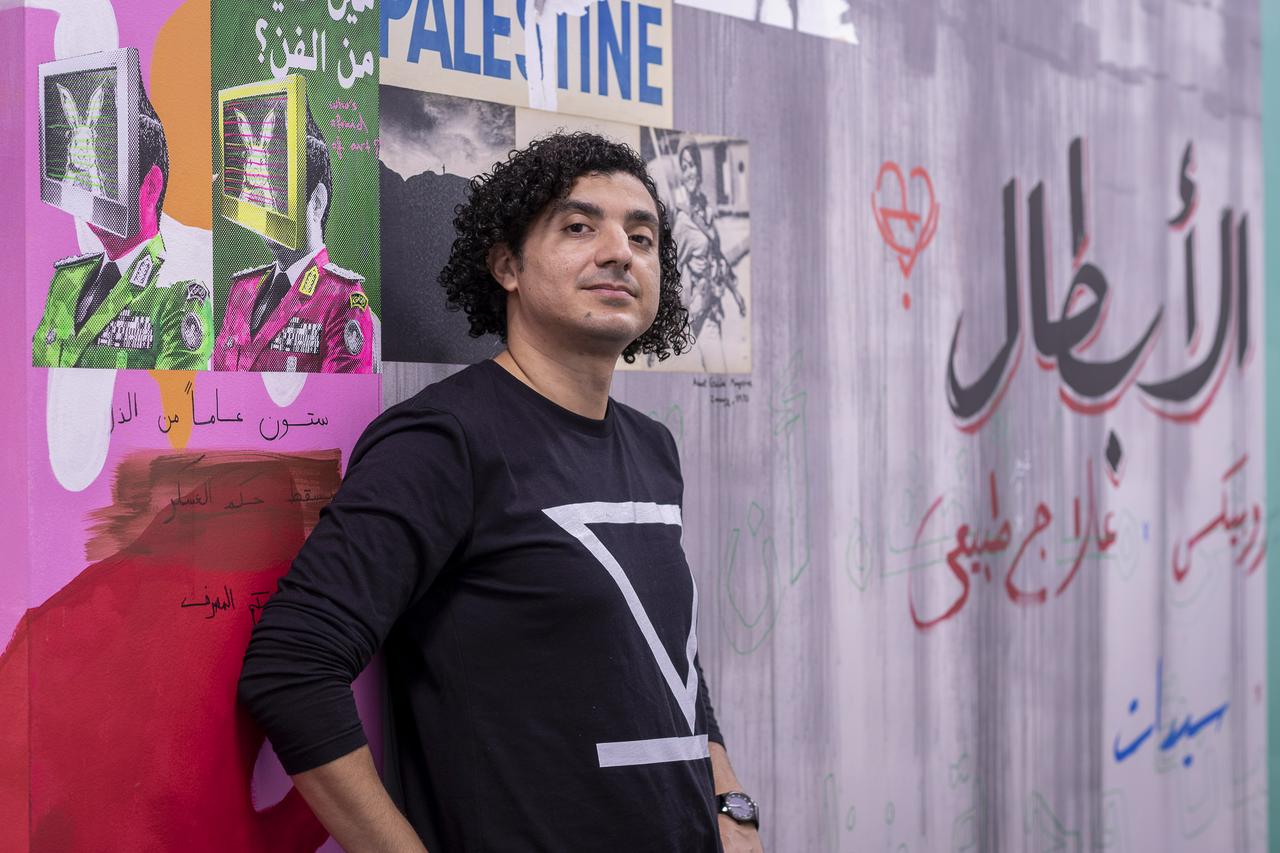 I don't usually have my picture taken alongside my artwork, although from what I'm seeing on Instagram these days that seems to be the trend lately. I was over at Rice University's The Baker Institute helping guide Nash Baker with photographing the four murals I had recently completed there, after which he asked if he could snap a portrait of me. Situated in very narrow hallways, these murals aren't at all easy to photograph (let alone paint, btw), so it took multiple attempts before figuring out the right way to go about it. We decided a panoramic view was never going to work, and arguing that they'll likely be shown on a “carousel”-equipped web gallery anyway, perhaps photographing them in vertical segments is best.

A little low on energy today despite the sun finally emerging after a short absence. A short bike ride to the barbershop ought to help snap me out of it. Not to mention the added benefit of getting a haircut, which—ahem, looks at picture above—I clearly need.

Finally got around to photographing WALLS OF (UN)FEAR, a large triptych I finished in 2019! 🤪

(What is time anymore?) 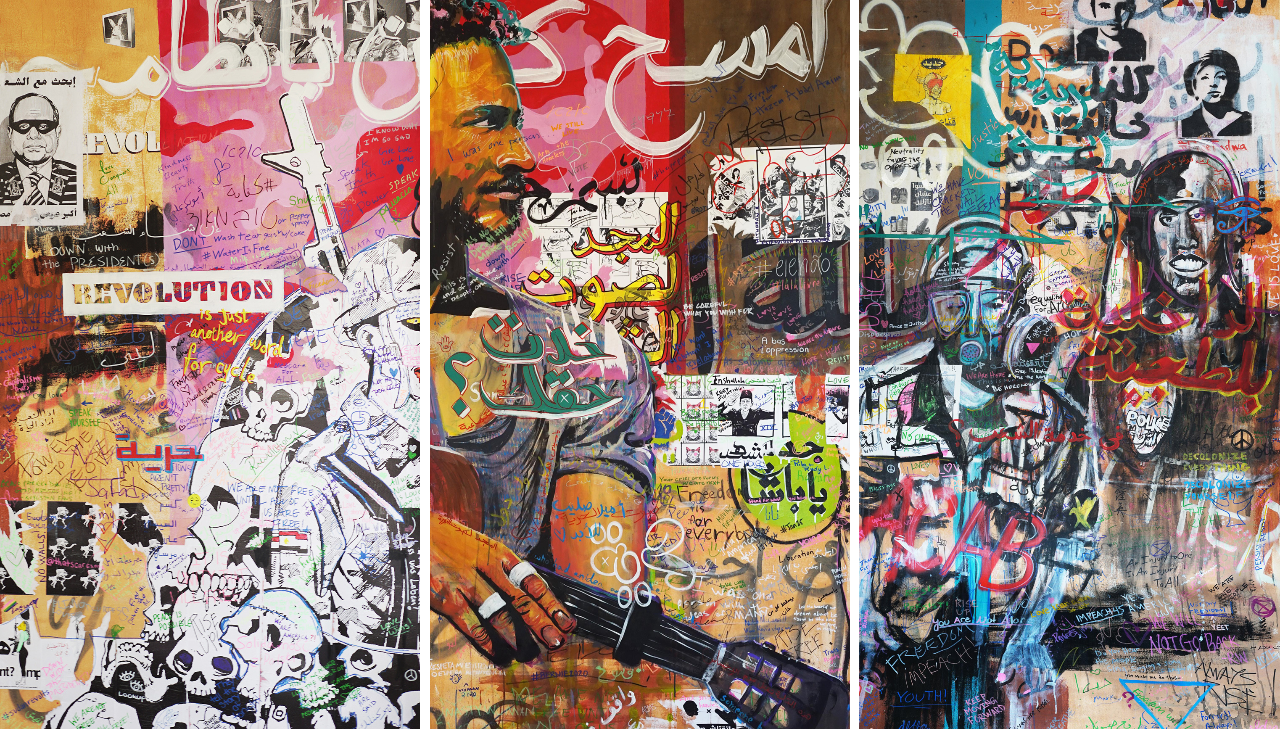 They're quite large, about 121.9 x 269 cm each (that's 48”x106” to the isolationists) which means they're not particularly easy to photograph. They involved photographing each one in parts and then stitching the pix together in Photoshop which pretty much consumed the entire weekend (with, in my opinion, only passable results).

In any case, this work finally has an entry on Ganzeer.com, which includes larger pix, a few closeups, and a little backstory into its making.

A bit more website maintenance tomorrow along with some administrative stuff. Hoping to get back into the creative stuff come Tuesday (then again, what is time anymore?).