Also, in the back of same journal, where I utilized a bunch of pages for working out some TSG stuff: 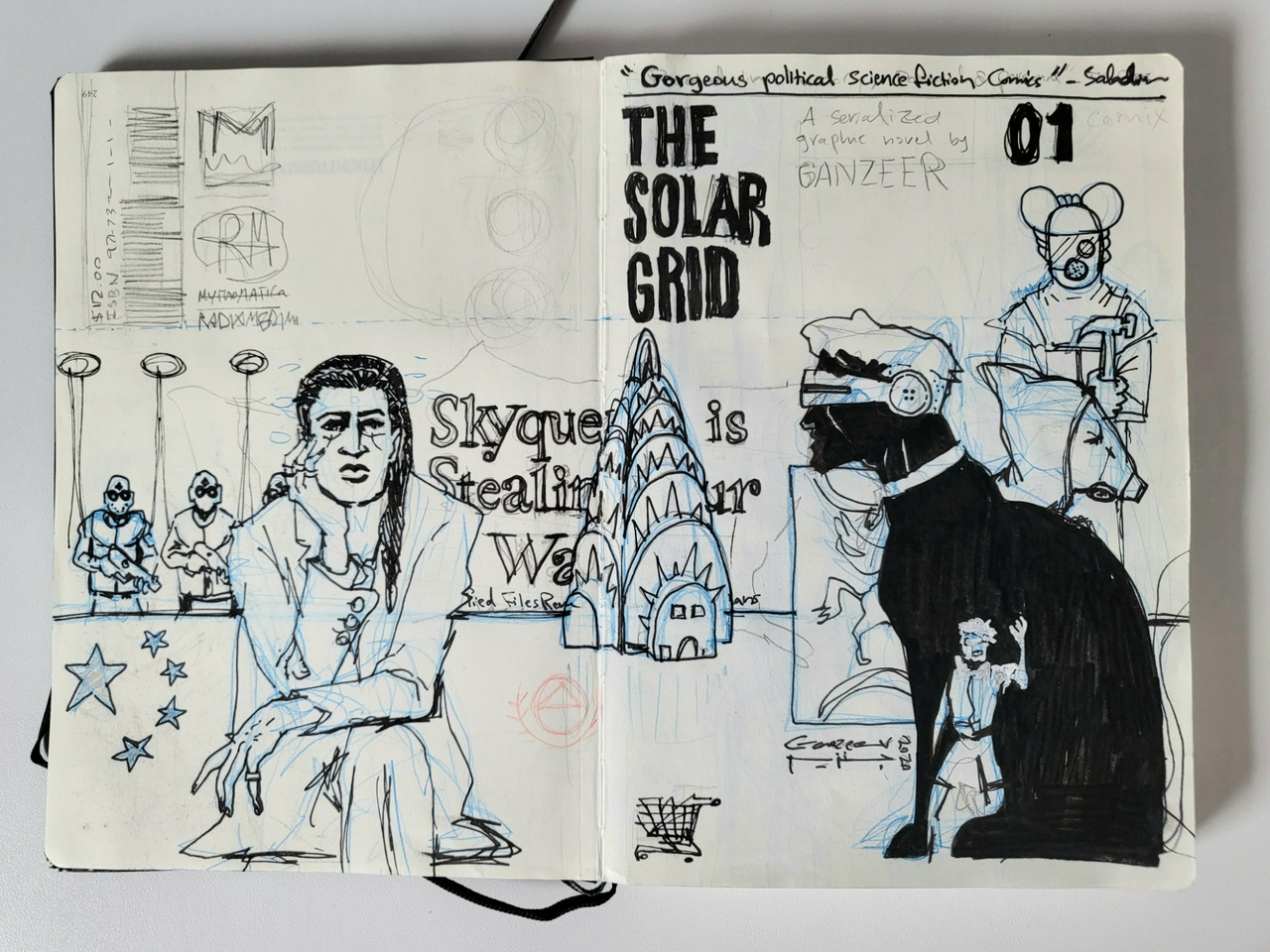 Rough cover art/design for the printed edition of THE SOLAR GRID #1. Here it is alongside the actual produced version: 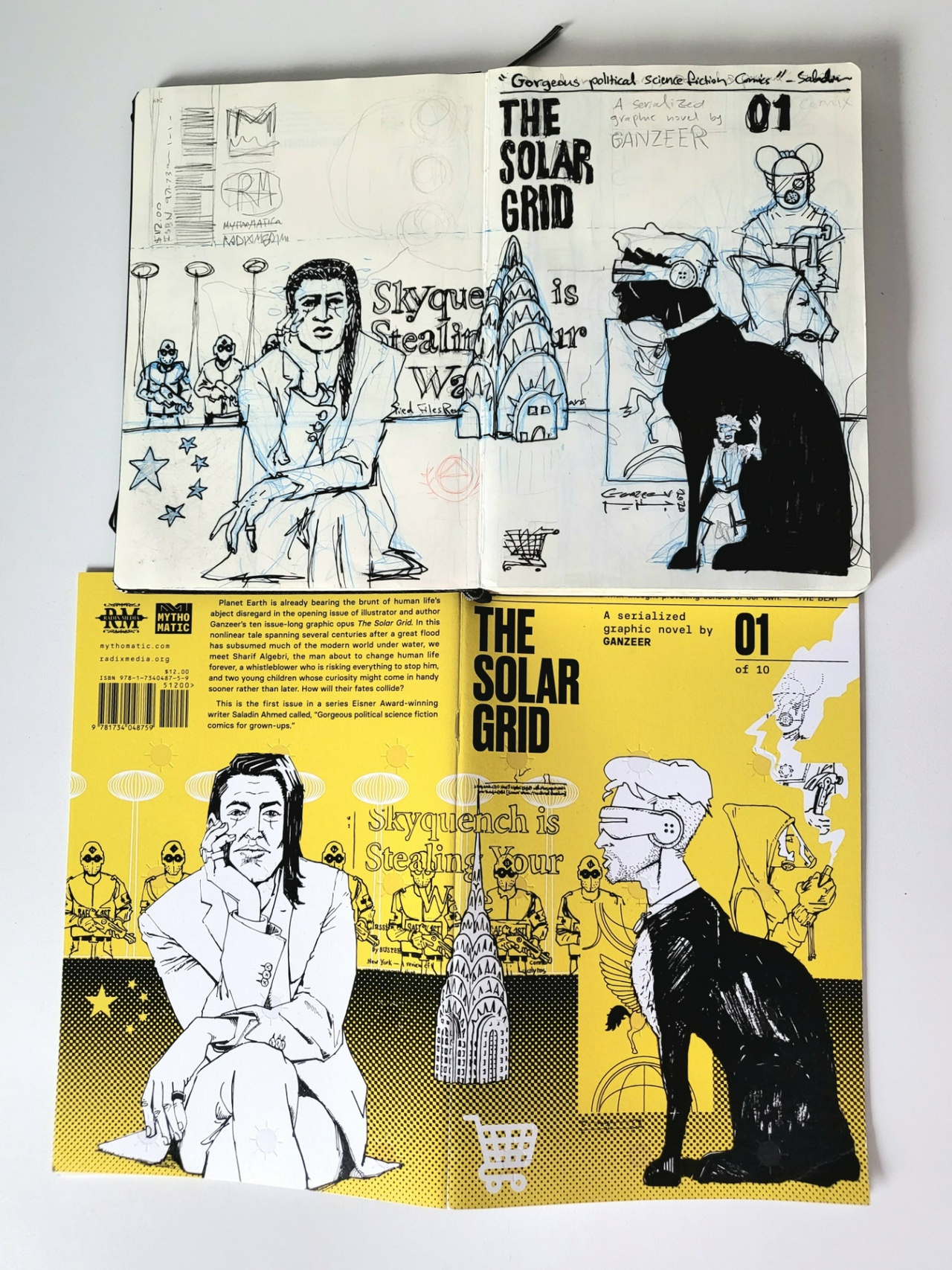 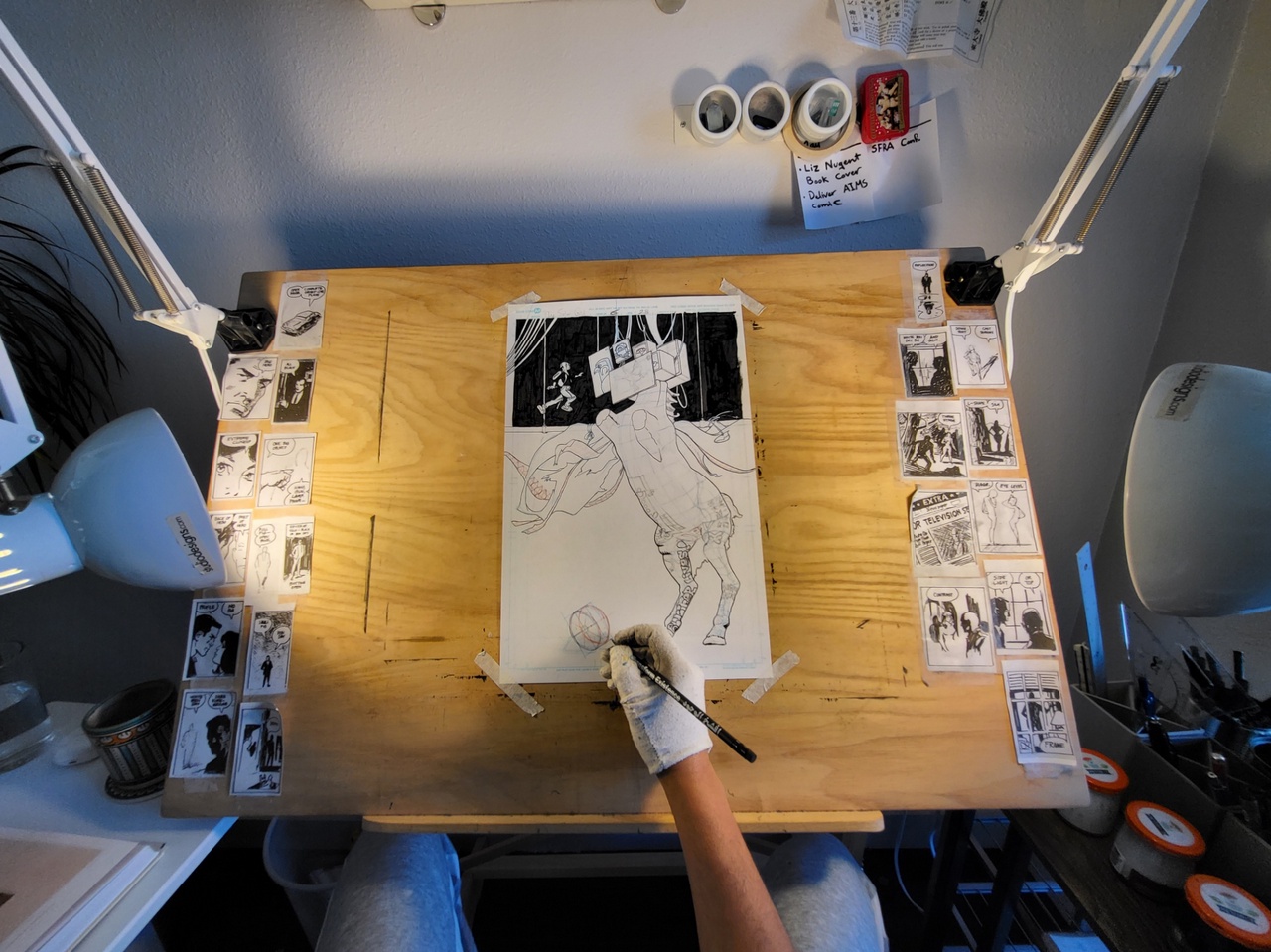 After a few days of thick impenetrable air, the skies have finally opened up this morning and the sun shines through. Though I am inside with two TSG pages worth of inks on the docket for today.

I am however resolved to step outside with a book at some point, and maybe even fit in some exercise and a visit to my chiropractor (it's been a couple weeks, not cool).

I need to get into the habit of treating my day the way I would a physical space. Like say, a closet or piece of luggage. It has a very particular capacity. Stuff it too much, and it just won't work.